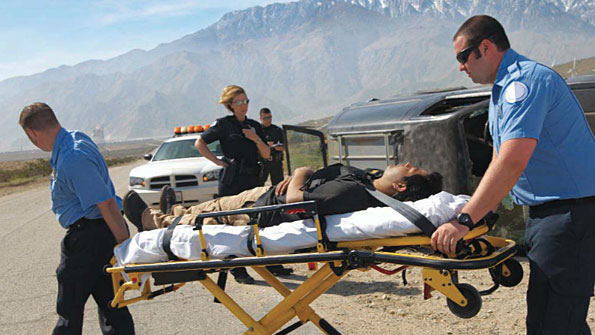 Community paramedicine can be a cost-effective way to significantly improve the health care that rural patients receive.

(Ed.: This article originally appeared in print as "A way to close the gap.")

Dichotomies between our nation's urban centers and rural areas always have existed — culturally, socially and technologically — and likely always will. Medicine represents one of the widest gaps, perhaps one best described as a chasm. Generally, large cities and towns have better facilities and better-trained and more experienced practitioners than those found in small-town America. But this chasm potentially could be bridged — if not altogether eliminated — by a fast-evolving concept known as community paramedicine, which is made possible in large measure by broadband communications technology.

Community paramedicine acknowledges the fact that the emergency medical needs of rural areas traditionally have been served by no one, by first-aid providers or, when fortunate, emergency medical technicians (EMTs) — but not by paramedics. Often, these EMTs are volunteers who are living in areas that otherwise would not be served, except by very distant ambulance agencies.

While EMTs are skilled, dedicated to their craft and can handle any emergency to a basic degree, their training is significantly less than that of a paramedic. Where EMTs typically receive about 120 hours of training to achieve certification — though this is being increased as a national standard — a paramedic routinely receives 2,000 hours (though this varies from state to state, and includes all training from EMT through paramedic).

In addition, paramedics who are members of urban agencies generally are far more experienced than rural EMTs, simply because they have the opportunity to go on many more runs. A paramedic in a major city may go on more runs in a day than a rural EMT does in a month. Like just about everything else in life, the more one does something, the more proficient one becomes.

The biggest difference between a paramedic and an EMT is the range of diagnostics and treatment capabilities they can afford a patient. Let's say that an elderly person is suffering chest pain and shortness of breath following a bee sting, which also has caused swelling and redness at the site of the sting. Are these symptoms being caused by an allergic reaction or a heart attack — or both, brought on by the sting?

An EMT might be able to administer an EpiPen to bring an allergic reaction under control, and give aspirin for a heart attack. But discerning between the two would be problematic, and administering both under the circumstances could be harmful, because EMTs have not been trained on certain relevant diagnostic equipment and procedures. In contrast, a paramedic would be able to hook the patient up to a 12-lead electrocardiogram monitor, employ other vital signs diagnostics, and only then, if warranted, administer exactly the medications indicated to stabilize the patient for transfer to a hospital emergency room.

Clearly, the care that can be provided by an EMT in such a circumstance pales in comparison to the care a paramedic can provide. So, the question is: how can the playing field be leveled, so that those who live in rural areas stand as good a chance of surviving such an event as those who live in cities and large towns? One answer is community paramedicine.

Funding is the primary reason that paramedics are few and far between in rural settings. Public safety, in general, is under extreme financial pressure, because of diminishing tax revenues caused by the severe economic downturn. The volunteer EMS and fire sectors that primarily serve rural communities have been particularly hard hit. They not only are holding pancake breakfasts so that they can buy diesel fuel for their trucks, but they also have far fewer volunteers to ensure response than in times past.

As a result, hiring paramedics is beyond the reach of the vast majority of such communities — indeed, hiring EMTs often is a stretch. But a community paramedic would be another matter entirely, because such a professional would do a great deal more than respond to emergencies. In fact, a community paramedic would spend most of his time attending to tasks associated with primary medical care, and could well work out of a clinic or other medical facility — even a store front — rather than a fire house or ambulance garage. Such flexibility would help to justify funding such a position.

Technology is an enabler of this. For example, a community paramedic could be dispatched to a patient's home to perform a routine medical check. Once there, he could use a variety of scopes and probes to assess the patient's condition, data that can be transmitted to doctors in the next county, the next state or even the next continent. High-definition images of physical anomalies could be transmitted to doctors, so that they could make an accurate diagnosis. In extreme cases, high-definition video of the patient could be streamed in real time to let doctors make a visual assessment of the patient; much can be learned, for instance, from the pallor of a patient's skin.

Broadband and telemedicine are both vital to community paramedicine. Regarding the latter, the ability to teleconference with medical professionals and receive instructions from them is essential for any community paramedic because, despite their extensive training, they are not doctors or physician assistants. Technology and telemedicine can be used to bridge the knowledge gap.

For example, a community paramedic could be trained to use an electronic stethoscope, which captures high-quality audio that can be transmitted to an emergency-room doctor miles away. That doctor will be able to hear things to which the paramedic might not be attuned, not having heard it often — for example, the sound the patient's blood makes as it rushes through his veins, or rare cardiac or respiratory sounds — that will help the doctor pinpoint the problem. Then, via telemedicine, the doctor can consult with the paramedic to determine what needs to happen next.

Such teleconferences are particularly vital when life-threatening injuries have occurred, perhaps as a result of a serious automobile accident. In emergency medicine, one often hears about the "Golden Hour," which is defined as the time between a victim sustaining such an injury and the point at which a surgeon no longer can save his life. The ability for an emergency-room doctor to view images and video, such as portable ultrasound, from the scene in real time will speed the decision whether to dispatch a medical-evacuation helicopter — and the faster this decision can be made the better, as every second matters within the Golden Hour.

Regarding broadband, it is important to note that telemedicine at its essence is an extensive network of medical and health facilities linked by high-speed, fiber-based connectivity. It is equally important to note that an extensive amount of dark fiber exists from coast to coast. If your agency is located where this dark fiber exists — and that likely will be the case — then lighting it and placing a node upon it would open the door to community paramedicine — with the new 700 MHz broadband spectrum connecting the "last miles" to this node and backhaul.

Beyond the obvious enhancements to patient care, there are other benefits to community paramedicine, many of which are cost-related and might help to justify the investment in community paramedics. For example, nursing-home patients often are transported unnecessarily to emergency rooms. This is largely due to the fact that emergency-response EMTs and paramedics are involved, and they are not empowered to provide the needed diagnostic or treatment procedures, nor do they have the training or authority to treat and not transport, compared with community paramedics.

In one Nova Scotia system, a community paramedicine program eliminated more than two-thirds of emergency room transports from nursing homes. That's a huge number. Community paramedicine can, therefore, save a lot of taxpayer dollars. In short, it not only would improve greatly the quality of medical care in a community, it very likely would pay for itself.

Kevin McGinnis is chief/CEO of the North East Mobile Health Services in Maine, and communications technology advisor for the National Association of State EMS Officials (NASEMSO). He also is a member of the First Responder Network Authority (FirstNet) board of directors.