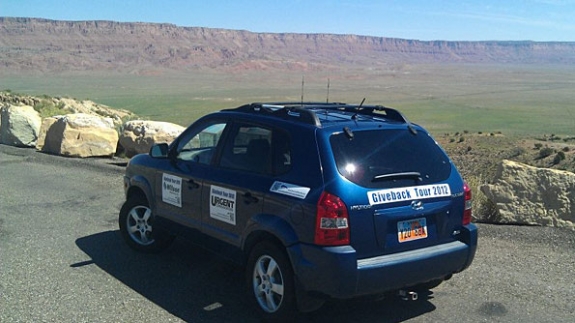 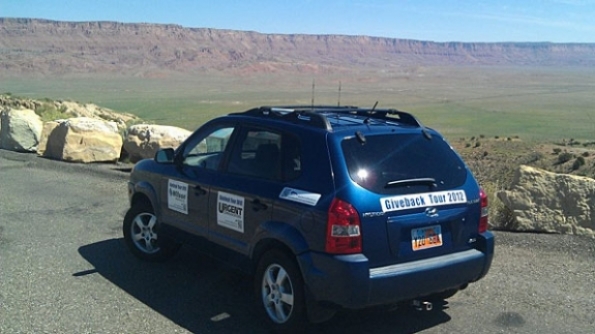 A few weeks ago, I wrote about a promotion that Wilson Electronics dreamed up that we were happy to support. The company is donating some of its cellular signal boosters to public-safety agencies and has sent two of its employees on a month-long road trip to install them. Four winners were announced:

Agencies that entered the “Give Back Tour” sweepstakes had to write a 200-word essay that explained why they should be selected for the prize package. The winning entries had several things in common: each was a small department with limited resources that served a small population center in a rural area — in fact, at least two of the departments are volunteer-based. In other words, they are exactly the kind of departments that Wilson had in mind when it hatched this idea, according to Jonathan Bacon, the company’s marketing director.

“These agencies really stood out to us,” Bacon said. “Smaller agencies typically have less funding, but these agencies desperately had a need, because of the size of the area that they cover and because buying signal boosters is not something that fits into their budget. They have so many other necessities — like gas and vehicle maintenance.”

Jeff Summers is a paramedic for Eureka Fire Search & Rescue, which provides ambulance services and is part of the region’s urban search-and-rescue team. Summers said that the department relies on cellular communications for about a third of what they do, mostly the filing of hospital reports from the field using in-vehicle computers connected to commercial cellular air cards. While personnel can switch to LMR connectivity for backup when cellular signals are spotty or nonexistent, things go better when that doesn’t occur, Summers said.

“If we lose the cell cards, things don’t become unworkable — we still have the radios. But, in this day and age, it just makes the job a lot easier if that doesn’t happen,” he said. “Getting this equipment gives us peace of mind. In our business, we always try to predict what we’re going to get into, and communication always is one of the key components.”

When responding to USAR incidents, the department deploys a mobile command trailer that doubles as a treatment center — paramedics use it to stabilize patients for travel to trauma centers. One of its first uses occurred in the aftermath of the devastating tornadoes that swept through Joplin, Mo., last year. Some of the communications technology contained in the trailer is cellular — a big problem in the aftermath of the F5-category storm, which decimated much of the cellular infrastructure.

“Signal quality was pretty bad,” Summers said. “So, it would have been nice to have these signal boosters then. We could have continued operating inside the command center and wouldn’t have had to step outside to try to get a signal.”

Many vendors in our industry donate equipment in times of need, and many of those donations are made without fanfare. So, you might be wondering why I’m writing about this particular donation. I’ve asked myself the same question. I suppose part of the answer is that Wilson asked us to play a small role in it. But I think the real reason is that Wilson is a relatively small company. There’s something poetic about a small company trying to help their own kind. I find that appealing.