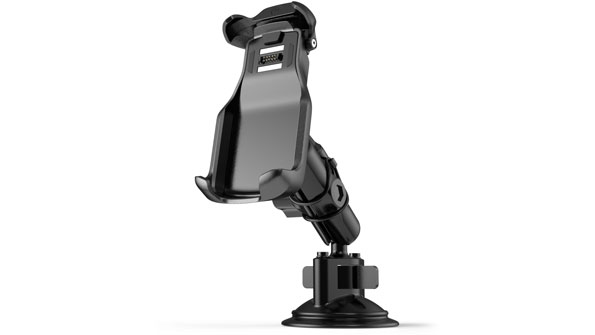 First-responder agencies will be able to utilize flexible charging platforms to power Motorola Solutions’ LEX 700 public-safety LTE handsets when they become available early next year, the company announced during the International Association of Chiefs of Police (IACP) conference in San Diego.

“There’s lots of people all over the world that make smartphones,” Anatoly Delm, Motorola Solutions’ senior product marketing manager for LTE, said during an interview with Urgent Communications. “What we’re trying to do is look at … the needs of public safety when it comes to using a device like this and how do we address the issues that they have. And ‘they’ means more than the person out on the street — it also means the people that have to support them, the people that have to secure the data, the guys that get the calls when something is not working.”

To this end, Motorola Solutions unveiled three charging accessories during the IACP show for the LEX 700, including a four-slot device-charging cradle that is expected to be used at primarily at a public-safety agency’s headquarters.

“If you’ve got thousands of [LEX 700s] and you’re an IT organization, do you really want to start running a thousand cords through your equipment room?” Delm said. “The answer in this case is to mount them into these rack-mountable chargers. They’ll sit there in a rack, and [a first responder] can walk in and take whichever one they need to take.”

“Whether it’s the four-slot chargers or the desktop chargers, they’re actually flexible enough that you can adjust them to charge other devices that will be coming in the future,” he said. “It’s modular, so another physical molding can be snapped in place. Now, if you have a future device that’s a slightly different shape, it will snap in there.

“So, they won’t have to throw all these chargers away, if they upgrade the device a couple of years in the future.” 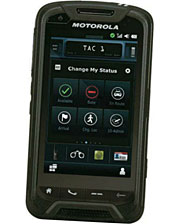 Another single-device charger introduced is designed for in-vehicle use. Powered by the vehicle’s battery, the cradle is impact-rated to ensure that the device will stay in the cradle, even if the vehicle is moving over rough terrain, Delm said.

In addition, Motorola Solutions introduced a four-slot spare-battery charger that is designed to be easy to use.

“It sort of looks like a toaster, and you literally can just drop batteries in there,” Delm said. “If you’ve got these devices that are in use 24 hours per day and you don’t want to leave them on chargers, you can walk into the server room. Each one of these chargers has LEDs on it. So, you can see, ‘This is the green LED; that battery is fully charged.’ You pull that out, snap out your other battery, place it in the charger and walk away.”

All of these power accessories — as well as a leather device holster — will be available when Motorola Solutions begins shipping the LEX 700 during the first quarter of 2013, Delm said.