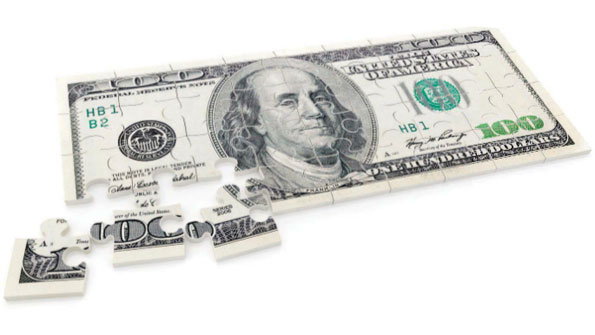 By leveraging myriad funding sources available to various governmental jurisdictions, Massachusetts is developing a communication system that is more robust and resilient than any single entity could have built on its own. (Second article in a series.)

Part 1: All for one, one for all: Pooling resources makes interoperable Boston network a reality

(Ed. note: Article first appeared in the October 2012 issue as "Massachusetts finds a way to make the pieces fit")

One of the challenges of trying to innovate is managing perception that an astronomically large capital investment is required to deploy leading-edge technologies. While this is the case in many instances, there are creative approaches that can be taken to lessen or even eliminate both upfront and recurring costs.

In a previous article, we discussed how the communities that comprise the Metropolitan Boston Homeland Security Region (MBHSR) and the various partners within the commonwealth of Massachusetts leveraged their previous investments in separate IP networks to create a multimodal IP network, which now comprises the Public Safety Network (PSNET). Using this example, the MBHSR used Urban Area Security Initiative (UASI) homeland security funding to build the initial wireless IP backbone network to support a video system through a critical infrastructure (CI) funding stream. That initial wireless backbone was upgraded using an UASI communications interoperability grant to replace certain key links. These links were identified as potential bottlenecks. By upgrading these links through the addition of higher-capacity radios to the backbone, they easily would be able to handle the additional bandwidth required to support the traffic generated by the information-sharing initiatives. To supplement the wireless capacity, private municipally owned fiber — previously installed by the various communities to support their private municipal networks in the region — was contributed to the project to add even more capacity.

The PSNET practice or philosophy of leveraging the transport capabilities of multiple physical networks to create larger "logical" networks set the groundwork for numerous future investments. Regional transportation partners began collaborating on a similar network concept that combined the physical transport assets of the various departments of the Massachusetts Department of Transportation (massDOT), including highway and transit divisions, the commonwealth of Massachusetts Executive Office of Public Safety and Security (EOPSS), and the city of Boston departments of Transportation and Innovation & Technology. Each of these organizations had substantial fiber-optic assets stretching from one end of the commonwealth to the other. From this collaboration was born the Metropolitan Emergency Transportation Fiber Optic Network (METFON).

Around the same time, the EOPSS was beginning a project to replace an aging legacy network that was supporting the statewide criminal justice information sharing (CJIS) system. EOPSS had secured some bond funding to begin building portions of the network. Partnering with the cities of Boston and Cambridge, EOPSS was able to install more than 450 strands of private fiber in a key communications conduit that enabled the interconnection of numerous keys sites for all involved.

The commonwealth's Information Technology Division (ITD) also was working on a project to collapse many smaller networks operated by the smaller departments into a larger enterprise network. By partnering and focusing their combined energy on a conceptually cohesive approach for an interconnected interoperable statewide network to support the needs of all involved, the team applied for and was awarded a substantial portion of the commonwealth's Public Safety Interoperable Communications (PSIC) grant to build out a major portion of a new statewide network.

The U.S. Department of Commerce's National Telecommunications and Information Administration (NTIA) also awarded substantial funding to various communities and organizations across the commonwealth for the advancement of broadband networks through the Broadband Technologies Opportunity Program (BTOP). Two of the larger awards in the commonwealth focus on funding widescale deployment of middle-mile and last-mile fiber connectivity in western Massachusetts and on Cape Cod.

When finally completed and the fabric of the networks is woven together, we will have a high-capacity, multimodal network that will support numerous public-safety interoperable communications applications, including mission-critical voice, NG-911, CJIS, wireless broadband, video sharing, situational awareness and others. The critical takeaway is that no one agency would have been able to afford building such a large network on its own or with any single funding stream.

While the cost of building the network was achieved by leveraging the combined efforts of numerous departments and agencies with local, state and federal funding streams, we must not lose sight that these large networks need to be maintained. The experience from the city of Boston's deployment of the Boston Optical Network (BoNET) can serve as an example to illustrate one option for an operational expense model.

The first phase of the BoNET deployment focuses on approximately 130 key city facilities, including all fire stations, police stations, and other key city facilities that would be able to leverage high-speed broadband interconnectivity. The Boston Fire Department had very limited network capacity at their 35-plus stations. The majority of stations were interconnected with ISDN circuits, and most operated with only a single 64 kb/s channel being operational. The Boston Police Department had an extensive network based on commercial transparent LAN service (TLS) circuits. The cost savings realized by disconnecting the commercial carrier circuits at 130-plus facilities across the city offset the increased costs of maintaining the fiber network. As the city continues to leverage BoNET by moving other applications — such as LMR backhaul — to the network, the additional cost savings continually are identified and reapplied to areas where their returns repeatedly pay dividends on our capital investment in the network.

Another good example of a partnership resulting in both cost savings and an increase in functional system performance was the collaboration between EOPSS, the commonwealth's Department of Conservation and Recreation (DCR) and the city's IT department (DoIT). The Metropolitan Area Simulcast System (MASS) collaboration resulted in the combining of a three-site simulcast Motorola SmartNet system operated by the city of Boston and a three-site simulcast Motorola SmartZone system operated by the DCR. The newly combined simulcast constellation is six sites and provides much better coverage for all partners. The city is in the process of relocating one of its original sites to a new location. The relocation of this site relieved Boston of a substantial yearly operational expense for a commercial site lease. The city continues to apply that cost savings to system improvements.

While all of the previous cases are infrastructure-centric, let us not forget the potential savings that result from the pooling of purchasing resources. Recently, local agencies and numerous agencies of the commonwealth joined forces in the purchase of end-user devices. By combining all the different departmental purchases into a single purchase, all participants were able to take advantage of volume discounts that many vendors are willing to make available for very large purchases.

By leveraging partnerships, utilizing a highly collaborative and innovative planning process, and changing our ways, we have all enjoyed increased capacity and capabilities, while lowering the total cost of ownership for our highly complex, state-of-the-art technology systems.

Donald Denning is the public safety CIO for the city of Boston, and is a member of UCfs editorial advisory council.