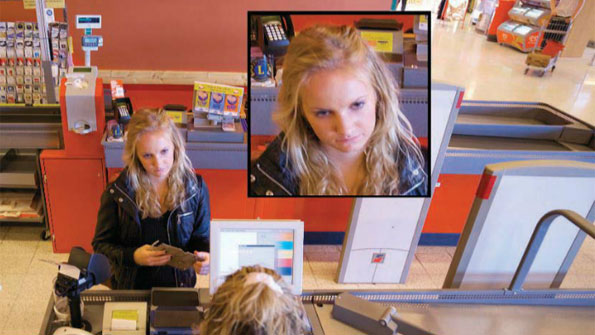 Retailers use video to improve operations, not just enhance security

Long used by retailers as a technology designed to deter crime or prosecute theft, video is now being leveraged to enhance operations within the enterprise.

(Ed. note: Article first appeared in the October 2012 issue of Urgent Communications as "Smile, you're on candid camera")

For most people, retail video surveillance systems are synonymous with loss prevention. A mix of cameras and monitors deters potential shoplifters and catches those who give into temptation. But lately, such systems are being leveraged to give retailers unprecedented visibility into the behaviors of their customers — and their staffs.

Even in today's digital age, 65% of the cameras installed by Thorofare, N.J.-based Checkpoint Systems still are analog, according to Scott Hendrickson, the company's video product manager. However, he added that the use of IP-based surveillance cameras and infrastructure is growing, as retailers replace aging legacy analog systems with such technology.

The move to IP-based systems is moving retail video surveillance beyond shoplifter deterrence/capture. This is because IP-based cameras can be connected to remote viewing/control sites simply by plugging the cameras into the corporate LAN, Hendrickson said.

Once connected, the video shot by these cameras can be watched not just to identify potential thieves, but to analyze store traffic, optimize the execution of sales promotions, and keep a watchful eye on staff as well as customers.

By adopting IP-based systems, retailers are changing the game of video surveillance. Under the analog rules, stores had their own cameras that were monitored by in-house security guards, who typically work for little money. Under the new IP rules, camera feeds now are routed to remotely located, centralized security control rooms staffed by well-paid, highly motivated professionals.

These professionals are aided by video-analytics software that can detect when a shopper is displaying questionable behavior, e.g., spending too much time standing by a display, which is referred to as "dwell time." They may be waiting for a friend to arrive — or they might be waiting for the right chance to grab a product and dash out of the store.

"Whether it is a customer needing assistance, or a person is in an area where they should not be loitering, [the system] can send an alert to store management," Hendrickson said. At the same time, the security system will log the detection and associate it with the surveillance video for possible later review — perhaps to support criminal charges if a theft was attempted.

Another benefit to IP-based cameras is that they have the processing power to run some video analytics within the device. The camera can be set to trigger dwell-time alerts on their own initiative, so that the monitoring center is alerted to such feeds on a priority basis. This capability ensures that the security team's attention is not wasted watching non-events on their screens.

In the same vein, IP-based cameras can be linked to door, window and motion sensors, said Robin Stennet, director of small business marketing at ADT Security Services. "Every time a door opens after midnight, the camera can be set to capture a 30-second clip," she said. This is just one of many "if-then" scenarios that IP-based cameras and security systems can be programmed to anticipate, so that useful video exists after any event.

With the help of embedded intelligence, IP-based cameras can even detect the massing of people outside retail locations. Such gatherings "can be signs that a 'theft flash mob' is about to invade the store," said Hedgie Bartol, retail business development manager with Sweden-based Axis Communications, a provider of network video solutions.

"Although such mobs are hard to deter, in part because they assemble quickly and attack, some advance warning can help retailers deal with this threat," Bartol said.

It also can help them deal with threats from within, as the technology's ability to remotely view and log events make it ideal for combating the most serious source of retail theft: employees. According to research by the National Retail Foundation (NRF), the U.S. retail industry's advocacy group, employees steal more from retailers than customers do.

In 2011, for example, U.S. retailers surveyed by the NRF lost $486 million due to employee theft, paperwork errors or supplier fraud, with employee theft accounting for 44% of total losses, compared with 36% for consumer shoplifting.

IP-based cameras offer retailers a way to fight employee theft. "You can put a sensor on the cash register, and automate a video clip every time it is opened," Stennet said.

Hendrickson agreed. "You can also have the camera detect and record video whenever a sales transaction takes place, when there's only the employee at the cash register," he said. "You can similarly cover any areas where theft is occurring."

On a larger scale, IP-based retail video surveillance provides managers with a powerful, multi-purpose business-analysis tool. For example, such cameras can be linked with software to track how many people come into the store. These counts can be broken down by days of the week and hours of the day, giving managers accurate data concerning store traffic. The same video information can show which products and displays are catching shopper attention — including instances of dwell time — and which are not.

The intelligence generated by video analysis can help store managers match staffing levels to customer traffic, so the store can keep labor costs in line with retail revenues. This same data can tell stores which sales may be lost because customers cannot find assistance when they need it, and which end-of-aisle displays are money-makers. Because some retailers actually charge their suppliers for this space, such data "could help justify their lease rates," Bartol said.

Of course, gathering all of this information from video cameras is a major undertaking. This is why Cisco recently unveiled Video Surveillance Manager 7.0, an element in the vendor's end-to-end retail video-surveillance management suite. The platform is capable of accepting and integrating up to 10,000 IP-based video cameras on a plug-and-play basis.

"Someone can climb up a pole, plug in an IP-based camera and start recording," said Geetha Dabir, general manager of Cisco's fiscal security unit. "That's how simple we have made it."

The ability to look into the store remotely at any time of day can help retailers deal with everything from false alarms to lights being left on after closing time.

"You could configure the coffeemaker such that you can shut it off remotely," Stennet said. "This may seem like a small thing, but if a retailer keeps having to replace burnt-out staff coffeemakers, being able to detect and then turn this unit off via a smartphone is a real business benefit."

"Video has become a means of increasing retail profitability," Hendrickson said. "Although loss prevention is important, it's only part of what video surveillance can do for retailers, large and small."