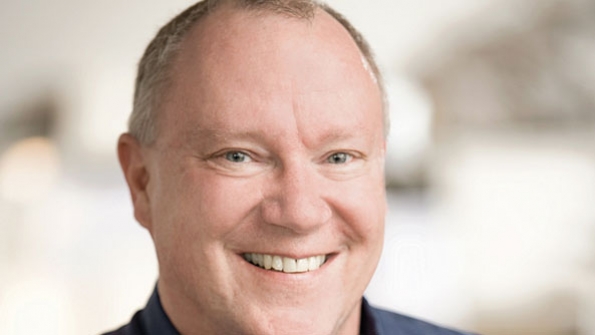 Non-emergency calls — which include unintentional calls — made to PSAPS are a huge problem, according to Trey Fogerty, NENA's government affairs director, who said that roughly one-third of 911 calls are of this variety.

There are four distinct phases to raising children. First comes the diaper bag/car seat phase, during which you drag most of what you own with you anytime you take the little darlings anywhere. Next comes perhaps the best phase, which begins when they are toddlers and continues until they scoot off to junior high. In this phase, you have yet to become the dumbest and most annoying person on the planet. The third phase is absolutely brutal, because you now are not only the dumbest and most annoying person on the planet, you also are reviled because — in their eyes — you are "ruining their lives," on a daily, if not hourly, basis. This phase unfortunately is the longest of the four, stretching into adulthood.

I now am in the final phase, the one where, by some bit of magic, you no longer are a complete moron in the eyes of those you spawned. This unfortunately is counterbalanced by the fact that your children — now adults — are leading their own very busy lives, so you rarely hear from them. So, the other day, when I saw in my missed-calls directory that my married, nursing-school-student daughter had called, I immediately grabbed for my phone, knocking a whole bunch of stuff off the coffee table in my excitement. When we connected, her response was not quite what I had hoped for. "Sorry dad … butt-dial," she said. Sigh.

What brought this to mind was a report by CNN's Anderson Cooper about the problems that unintentional calls are causing for the 911 sector. Citing a research report, Cooper said that 40% of all calls received by the nation's public-safety answering points are accidental or, as he put it, "100 million butt dials to 911 last year." Apparently, in New York City alone, 10,000 butt-dial calls to PSAPs occur daily, if you can believe that.

My first reaction to hearing that was, "No way." According to the National Emergency Number Association (NENA), 240 million emergency calls are made each year, with one-third of them coming from wireless handsets. So, if the 40% estimate is accurate, roughly 32 million 911 calls annually result from butt-dials. That's still a big number — and a big pain in the butt for the nation's PSAPs.

But even 32 million butt-dials didn't seem possible to me, so I placed a call to Brian Fontes and Trey Fogerty, NENA's CEO and government affairs director, respectively. They too had heard about the report Cooper cited, and agreed with me that the numbers seem a bit high. Nevertheless, non-emergency calls — which include unintentional calls — made to PSAPS are a huge problem, according to Fogerty, who said that roughly one-third of 911 calls are of this variety. They're not all generated by butt dials. Sometimes people, in a moment of lunacy and/or abject stupidity, call 911 because their fast-food order was bungled or some such nonsense. Other times, such calls are generated by telemarketers who don't know better or don't care. Regarding the latter, the FCC yesterday took a major step toward addressing that problem.

According to Fontes, it really doesn't matter whether the emergency call is unintended.

"It is still a call that requires the attention of the 911 operator," he said. "Whether they are unintentional or non-emergency 911 calls, they still detract time from the 911 call-taker's schedule that would be better spent addressing those calls that are true emergencies."

As we continued to chat, Fontes and Fogerty told me about a research initiative that NENA has been working on for the past 18 months that would help the 911 sector better understand emergency-call volumes. In the next issue, I'll tell you what they're doing.