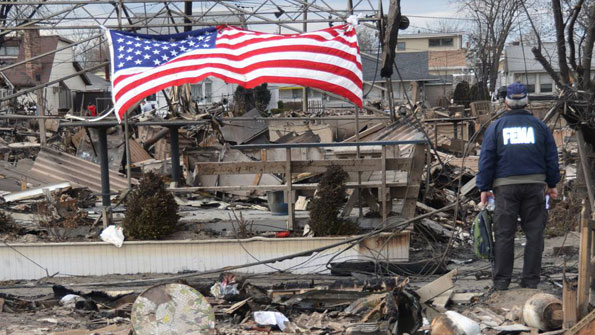 Commercial communications outages caused by Superstorm Sandy and subsequent flooding cannot be repeated on the proposed nationwide LTE network for first responders that will be built under the supervision of the First Responder Network Authority (FirstNet), public-safety advocates have said in the aftermath of the storm.

A week ago, the FCC reported that about 25% of commercial cell sites in the affected area were not operational, according to a statement from David Turetsky, chief of the agency’s public-safety and homeland-security bureau. As of yesterday morning, the percentage of cell-site outages was less than 9%, Turetsky said in a statement provided today to Urgent Communications.

An FCC spokesperson was unable to provide similar information about any outages suffered by public-safety LMR networks, and Turetsky has not mentioned these networks in his statements to the media. However, early indications from state departments of transportation indicate that public-safety agencies in the affected area have been able to maintain communications in the aftermath of Sandy, according to William Brownlow, telecommunications manager for the American Association of State Highway and Transportation Officials (AASHTO).

For the most part, public-safety LMR systems have remained operational, according to input Brownlow has received from the states of New York and New Hampshire, primarily because LMR towers have been hardened to withstand such conditions, with generators providing backup power when the commercial electric grid is down.

“The general takeaway from this is that public safety’s requirements are not the same as commercial providers—the need for backup generators is absolutely crucial,” Brownlow said during an interview with Urgent Communications. “I think that’s the message that needs to be made clear to FirstNet.”

New Hampshire’s department of transportation had seven of its 18 sites running on power provided by backup generation, according to a report provided to Brownlow. Getting additional fuel to a couple of the generators was a problem at one point, and a microwave antenna had to be realigned, but these issues were all addressed within 12 hours, according to the report.

In New York, there were some network problems, but the department of transportation reported “no real issues” in these areas, Brownlow said.

“They were using the talkaround feature on radio, which you cannot do on a cell phone,” he said.

Commercial wireless carriers do provide backup power to many key sites in their networks, but providing backup power to all sites is not an option for fiscal and logistical reasons—backup power can be expensive to maintain, and diesel generators are not allowed on most rooftops, which is where many cell sites are located.

“The sites built on buildings are the most vulnerable, as opposed to the ones built on towers, for two reasons,” mobile wireless consultant Andrew Seybold said during an interview with Urgent Communications. “Number one, buildings don’t withstand 100-mph winds the way towers do. Number two, you can’t put a generator on the roof, so you put a generator on the ground or in the basement, and it floods.”

There has been discussion of increasing reliability to first responders by also including network access to multiple commercial carriers, with the hope that at least one of them would have an operational system.

“Most of the towers that failed had two or three [commercial] operators on them,” Seybold said. “So, even FirstNet’s plan of multiple network operators in a given phone would not have helped the situation.”