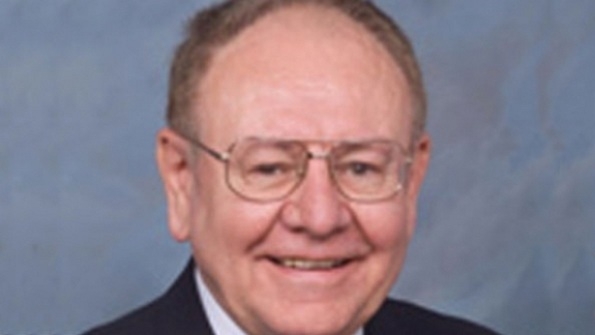 FirstNet Chairman Sam Ginn says he is "delighted" that McEwen will be at the helm of this "critical group."

Longtime public-safety communications advocate Harlin McEwen will be chairman of the public-safety advisory committee for the First Responder Network Authority (FirstNet) board that will oversee the deployment of a nationwide public-safety LTE network, FirstNet Chairman Sam Ginn announced today.

“I’m delighted that Chief McEwen has agreed to serve as the inaugural chairman of this critical group,” Ginn said in a statement. “I’ve asked him to work closely with my FirstNet Board colleague, Jeff Johnson, to assist him in getting the final membership and organizational structure of the advisory committee in place. FirstNet is eager to begin our crucial dialogue with these governmental and first responder leaders on how we can best deploy and operate the nationwide public-safety broadband network.”

McEwen’s appointment has been a source of speculation within the public-safety community for several weeks. The longtime chairman of the International Association of Chiefs of Police (IACP) communications committee, McEwen has been a key player in public safety’s lobbying efforts on Capitol Hill. Currently, McEwen is chairman of the Public Safety Spectrum Trust (PSST), which is the licensee for 10 MHz of 700 MHz spectrum that will be transitioned to FirstNet in the near future. After the license is transferred, the PSST will be dissolved.

“I am pleased to be appointed as chairman of the FirstNet Public Safety Advisory Committee (PSAC),” McEwen said in a statement. “I appreciate the confidence placed in me by FirstNet Chairman Sam Ginn and the FirstNet Board.

“This will be an extension of my previous involvement in the development and eventual deployment of the Nationwide Public Safety Broadband Network (NPSBN). I look forward to working with the FirstNet board and the public-safety community as this initiative continues to move forward. I am already working with Chief Johnson to finalize the structure and membership of the PSAC and hope that we will be able to complete that in the near future.”

RELATED: Finding a role for McEwen is a smart move by FirstNet

During its initial meeting on Sept. 25, the FirstNet board passed a resolution designating a subgroup of SAFECOM as the PSAC, with Ginn being directed to work with the U.S. Department of Homeland Security (DHS) to appoint the PSAC chairman and vice chairman. “An announcement regarding the final structure and membership of the PSAC will be forthcoming,” according to a press release issued today on the subject.