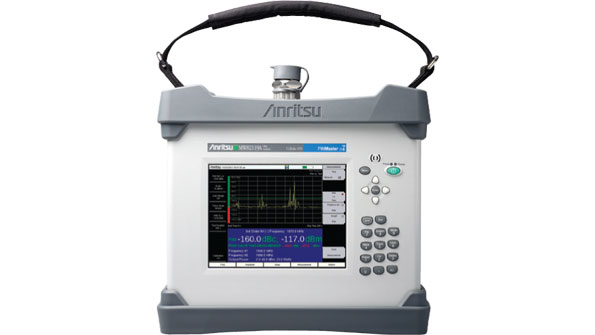 Anritsu unveils a portable passive-intermodulation tester that technicians can use to identify issues associated with indoor wireless-network signals.

Passive intermodulation (PIM) is a big problem for radio technicians — both in the cellular and land-mobile-radio sectors — that often is caused by small problems that aren't easily discerned.

"It's really low-tech things that cause the problem," said Thomas Bell, senior product manager for Anritsu. "For example, if you open up a connector, you might see metal flakes and shavings. It's things like that — simple, loose mechanical contacts — that act like a diode, forming a mixer, and then you start mixing frequencies and generating frequencies you weren't expecting."

Testing for PIM also can uncover poor workmanship that, if left uncorrected, can cause significant trouble, Bell said.

Bell described such problems as the 'low-hanging fruit" of radio-system troubleshooting, but he stressed that identifying and eliminating them can pay big dividends.

"I've been on sites where I've made as much as 60 dB reduction in noise with nothing more than a box cutter and a wrench," Bell said. "So, you find all kinds of things when you get out there and start performing this test."

A more challenging situation is associated with a distributed antenna system (DAS), which is a popular choice for combating in-building coverage issues but is a root cause of PIM, according to Bell.

"In most cases, you're going to have a neutral host, and you'll be putting many operators, as well as public safety, on those systems," Bell said. "So, DAS is a huge concern in the industry at the moment. It's the perfect storm — not only do you have your own frequencies to be concerned about, you now have multiple transmitters on those lines."

Let's say that a public-safety agency and a major wireless carrier both are operating at 700 MHz on a DAS; if the situation isn't under control, the carrier will generate PIM that falls directly into the public-safety receive band, according to Bell.

"It's no longer an option to say, 'Well, we may or may not take care of that problem," he said. "If you don't take care of it, the systems don't work."

One problem in trying to discover such anomalies is that PIM testers generally are big, bulky, heavy and tethered to a commercial power source. However, Anritsu believes it has the solution to this dilemma with the latest addition to its PIM Master family of testers, Anritsu's PIM Master MW82119A, which is half the size and weight of typical testers and operates on battery power, according to Bell. Depending on the frequency bands it will measure, the device weighs 20-27 pounds and provides about 2.5 hours of battery life.

Despite the reduction in the tester's size, Anritsu was able to maintain the full functionality found in its other PIM testers, including a distance-to-PIM measurement, Bell said.

"In a lot of cases, particularly rooftop installations, you don't have a lot of choice on where you're pointing the antennas, and sometimes you're going to have metal flashing on the system, which could be someone else's infrastructure," Bell said.

"This mode is absolutely critical for figuring out where is the source of the PIM. We can put markers on the peaks and display a nice chart at the bottom, so someone can see exactly what the distance is from where they started the test to where they need to go looking for those types of problems."