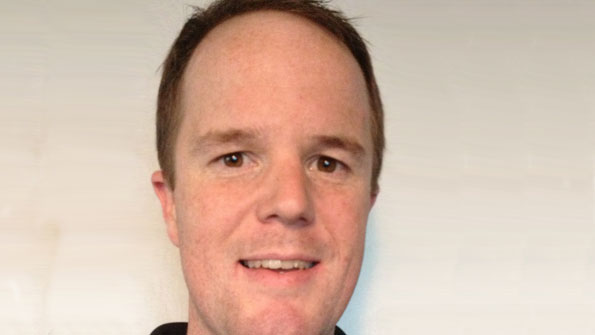 An alerting lesson from Superstorm Sandy

By Peter Mills — In the wake of Sandy, one lesson has been reinforced: we simply cannot rely on commercial carriers to be able to handle critical emergency alerting. The best alternative is still a voice-based pager that is rugged with batteries that are standard, so they can easily be replaced off the shelf.

More and more agencies are switching exclusively to commercial cell networks for their emergency dispatching and alerting. While convenient, because the user doesn’t need to carry an additional device, the reliability is nowhere near what is needed for emergency communications or alerting.

These commercial networks typically work fine for day-to-day and non-critical communication, but they cannot be counted on when the stakes are high and timely notification is critical. This was especially highlighted in the recent landfall of Superstorm Sandy.

During Sandy, all of the “Big 4” cell-service providers (Verizon, AT&T, Sprint and T-Mobile) were reporting network outages. There were multiple problems that contributed to the outages. Some outages were due to wind damage, and further outages were caused by water damage. Most resulted from simply being out of power and exhausting the meager backup facilities that exist for each cell site.

At a press conference in the midst of the storm FCC Chairman Julius Genachowski said, “The storm is not over. And our assumption is that communications outages could get worse before they get better, particularly for mobile networks because of the flooding and loss of power.”

Genachowski also said 25% of the nation’s wireless companies’ cell sites were not operational in 158 counties in 10 states from Virginia to Massachusetts. It takes time to bring tower sites back online. Technicians need to be able to access the cell site, repair any damage, realign antennas, and have power restored or fuel for backup generators before the system can be brought back online. Also, landline facilities need to be online or the tower will not have a path to communicate.

This sort of widespread outage has precedent, specifically during Hurricane Katrina in 2005. When Katrina struck the U.S. Gulf Coast in 2005, 70% of the cell towers in New Orleans were taken out.

After Katrina, an independent panel to the FCC released a report of recommendations following Katrina. The three main problems were very similar to those encountered with Sandy: flooding, lack of power and/or fuel; and failure of redundant pathways for communications traffic. The report cited a lack of pre-positioned back-up equipment, as well as the extended duration of the outage, as the cause of all backup systems being exhausted.

Another difficulty that emerged from both Katrina and Sandy was the duty cycle of the batteries in the receiving equipment. A cell phone can only last about a day on battery without being recharged. A typical voice pager lasts 2-3 days before needing to be recharged. The post-Katrina report states, “without access to power to recharge the devices and backup batteries, portable devices quickly ran out of power.” The best solution comes from a pager that can also accept standard batteries.

There were even difficulties in the cell sites that did remain online. Services were taxed because there were more users on less-operable cell sites. People want to communicate during an emergency to let family know they are OK or simply to coordinate their own recovery.

During Sandy, the FCC urged the public to use text messaging and social media rather than calling to help alleviate some of the strain. Reports from firefighters on Long Island that relied on cell-phone-based dispatching showed that some messages were delayed minutes — or hours — due to the network congestion.

We tend to think that the most damaging aspects of a hurricane are wind and rain. In Katrina and Sandy, the most detrimental problem was actually the long duration of power outages, which exhausted any backup systems.

After Katrina, the FCC required commercial carriers to extend backup capabilities at their cell sites to a minimum of 8 hours. The report stated, “While the communications industry has generally been diligent in deploying backup batteries and generators and ensuring that these systems have one to two days of fuel or charge, not all locations had them installed. Furthermore, not all locations were able to exercise and test the backup equipment in any systemic fashion. Thus, some generators and batteries did not function during the crisis.”

Not only would that not have been sufficient during Sandy, the wireless industry trade group CTIA filed a lawsuit to overturn the FCC ruling and the ruling has since been put on hold. Even if backup requirements are made, they may not be logistically possible in certain locations.

In densely populated areas, many cell sites are located on building rooftops, where it is not feasible to install diesel generators. At those sites, the backups may be installed at ground level or in a basement, where they could be subject to flooding. Also, many towers now have multiple carriers on them, so relying on multiple carriers in the hopes that one has a working system is of no use. In that instance, all carriers’ systems would fail if the cell site failed.

The most reliable method of emergency alerting is still through analog voice paging. The transmission is in clear voice, so it doesn’t need to be decoded or addressed in a special way. Anyone with a receiver on the transmitting frequency can pick up the broadcast and immediately know where an emergency is occurring. The transmission network is completely controlled by the dispatching center, including the backup resources that are needed to keep the transmission on the air during a long-duration emergency. I’ve heard no reports of a public-safety paging system failing during Sandy.

When considering pagers, there are a few characteristics to keep in mind. Look for devices that are rugged, have good voice clarity and come standard with at least a 5-year warranty. Also ask about the power features — long battery life is obviously beneficial, and many prefer devices that use normal AAA batteries instead of having to worry about charging a proprietary battery, particularly during power outages.

In the wake of Sandy, one lesson has been reinforced: we simply cannot rely on commercial carriers to be able to handle critical emergency alerting. The best alternative is still a voice-based pager that is rugged with batteries that are standard, so they can easily be replaced off the shelf. This ensures that emergency responders know where to go for all the emergencies within a storm like Sandy.

Peter Mills is sales-representative manager for OSI International, which sells pagers. He can be reached at (267) 446-2369 or [email protected].