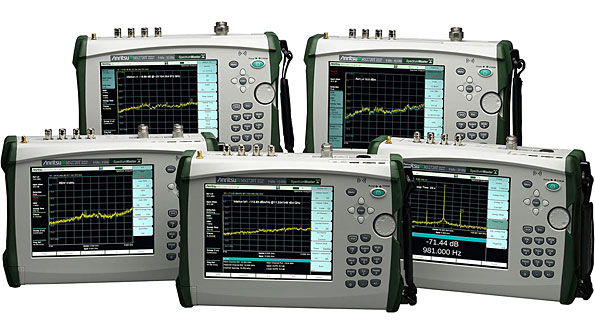 Anritsu this week announced the MS2720T series, the seventh generation of its Spectrum Master handheld spectrum analyzers. Key features of this iteration include faster sweep times and the ability to detect bursty signals.

Faster sweep times are something that customers have been asking for, said Steve Thomas, an Anritsu product manager.

The improvement is dramatic, according to Thomas.

"When looking for intermittent interferers, you want to sweep as quickly as you can to give you the best possible chance of catching the interferer when it's on," he said. "If your sweep takes 17 minutes, you would be dang lucky to get it. But, at 2.8 seconds, you have a much better chance of seeing that interferer."

Often, interference is not continuous but rather pulse-like, which is where the burst-detect feature comes into play, according to Thomas, noting improperly installed cell-phone boosters as prime examples. Sometimes boosters will get into a phase where they put out their maximum-power signal, recognize this and shut themselves off, but then eventually turn themselves back on, transmitting the maximum-power signal once again. It is a repetitive cycle.

"They'll keep doing that, as long as the user tries to talk on their cell phone," Thomas said. "That just kills a cell site. You have this burst of RF every 200 microseconds, and that will knock out an entire cell sector. The burst mode lets you see those pulses."

Anritsu's device weighs just 8-10 pounds, depending on configuration — "It's a bench-top instrument that you can carry around with you," Thomas said — and features a customizable touch-screen interface, 3 hours of battery life, continuous frequency coverage of 9 kHz to 43 GHz, and an operating temperature range of -10 to 55 C (14 to 131 F). It also operates in daylight and night-vision modes, the latter of which makes the device easier to use in low-light environments and keeps technicians safer.

"Sometimes they're sitting in places that are not all that friendly, and they have this bright white screen shining on their face," Thomas said. "They really like the ability to make the screen really dim, because it makes them less easy to spot."