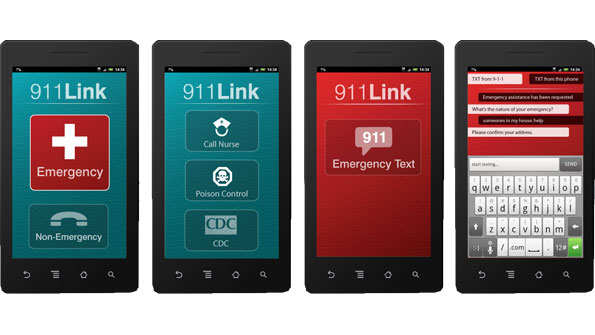 Texts will be received by an emergency call relay center established by the company, which will then interact with public-safety answering points.

Intrado hopes to immediately expand the nation's text-to-911 capability with 911Link Mobile, which is designed to let cellular customers send emergency text communications to public-safety answer points (PSAPs), even if the call center is not technologically capable of accepting texts natively into its 911 system.

Intrado considers 911Link Mobile to be an "important interim application" until PSAPs nationwide are prepared to accept texts via the native 911 system, according to Monica Marics, Intrado's senior vice president of growth initiatives.

"It is a smartphone application … that allows users to text to 911 from anywhere in the nation at any time," Marics said during an interview with Urgent Communications. "It accomplishes this without the PSAP having any special equipment or any special circuits.

While the Intrado relay center calls the PSAP, this voice communication is executed over a 10-digit administrative phone line in the PSAP, not the native 911 system, Marics said.

"We find that it is the one way we can make sure we can get to every PSAP, regardless of their connectivity and their ability to receive text natively," she said.

Currently, there are a few areas in the country that support texting to native 911 — most notably, in the state of Vermont — but the vast majority of PSAPs are not yet technically capable of receiving texts natively into their 911 systems.

All nationwide wireless carriers in the U.S. have agreed to support text-to-911 functionality by May 2014, and the FCC has initiated a proceeding to establish a similar timetable for other service providers. However, the benefits of this functionality will only be fully realized when PSAPs are able to receive texts natively into their 911 call centers — something that could take years, if not decades, based on current financial models.

In the meantime, 911Link Mobile offers an alternative, Marics said.

"As it stands now, a user really isn't going to know (a) what PSAP is serving him and (b) whether the PSAP is able to take text calls," she said. "With this kind of relay service, at least in the customer's mind, they can always get access to 911 through the relay center."

One other feature included in 911Link Mobile is the ability for users to store personal medical information on their smartphones and automatically forward it to the PSAP — via the Intrado relay center — when transmitting an emergency text, Marics said.

The 911Link Mobile application is available immediately for Android devices, and a version for Apple operating systems will be available during the first quarter, Marics said.