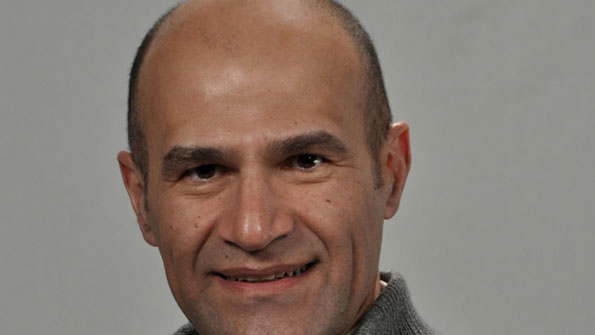 How much has the backhaul demand increased for enterprises during the last decade?

Backhaul demand basically has kept up with the evolution of the Internet. So, as applications at a high level have been driving bandwidth demand, then the connection to the desktop, laptop and now other mobile devices through other wireless connections like Wi-Fi has increased in orders-of-magnitude steps.

We’ve gone from 1 MB/s to 10 MB/s to 100 MB/s to a gigabit. Inside the building, you have much, much higher bandwidth connectivity for every individual. Outside the building, you basically have what the service providers have offered, which largely has been T-1 connections, DS-3s and OC-3s. But even OC-3 connections are only 150 MB/s, and most enterprises cannot even afford that.

What applications are driving this increased backhaul demand?

If you look in the past, the content has become richer over time, and file sizes have increased with the introduction of more graphics and higher-resolution graphics. As the screen technology improved, then the files became bigger to take advantage of the screen.

If you were to send a PowerPoint, for instance, in the beginning, it was just text-based with very small file sizes. As we went forward, you saw bigger and bigger file sizes. So, as people uploaded and downloaded these files, the bottleneck became much, much more noticeable on the LAN side of the connection.

As we go forward, we have applications such as cloud computing, which is kind of taking over everything. Now, you really need a very, very good connection — high bandwidth and low latency — to the cloud, because applications are moving outside the building, for the most part. Also, video and multimedia are driving quite a bit of bandwidth as we go forward.

As you know, we have video now on our phones and personal devices. The video bandwidth requirement — again, due to higher resolutions — is going up, so there’s really no end to it.

If you look at some of the statistics generated by Cisco and others who are following the trend, they’re always talking about exabytes and multiple exabytes in the network. Inside the building, you still have very high bandwidth connectivity, because Wi-Fi is continuously evolving. In the core of the network, you have a lot of fiber and a huge amount of bandwidth availability. But in between, which is really the backhaul portion of the network, there is a severe bottleneck — there is nowhere near the bandwidth that’s available at the two endpoints.

When should an enterprise opt for a private backhaul solution, instead of leasing capacity from a commercial operator?

Depending on the business and the mission-critical nature of the connections outside the building, enterprises have different needs. Generally speaking, when an enterprise goes private, a lot of times it’s due to the availability and reliability — they want to have control over that and control over the network. The availability and reliability of the operators’ network often is not that good, even though it is fiber-based. People typically think that, ‘If it’s fiber, it’s very reliable,’ but that’s not necessarily the case. As you’ve heard, there’s a backhoe problem with fiber — when fiber gets cut, you may not have a connection for a week or more. That downtime results in a considerable loss of productivity for an organization, and many enterprises can’t afford that.

On top of that, there’s a security aspect to this. A lot of applications require very, very tight security, and the only way to really get the latest and greatest is to have your own network and deploy your own security functionality and systems on top.

And sometimes bandwidth is an issue, because you just can’t get the capacity that you need through the connections that already are in the ground. Often, the endpoints are fed by copper, and copper can only do so much; if you get up to tens of megabits over copper, you’re lucky. The statistics are that 75% of buildings do not have a direct connection to fiber, so enterprises typically opt for their own connections. A lot of times it ends up being microwave connections, because of the above reasons that I’ve cited.

Are enterprises looking to have a redundant backhaul path?

Yes, it started a few years back. Now, we have examples of organizations that, as part of their disaster-recovery programs, they include a completely different type of medium for the redundant connection. Often, if you have fiber coming into a building, the best way to augment that is though microwave to get the capacity. There’s always satellite, but satellite doesn’t offer the capacity, even though it can reach both points easily.

If you need the capacity, you use microwave technology, and that’s a really great complement to fiber — either as a redundant path, as an extension, or as a parallel path, because you sometimes can aggregate the capacity.