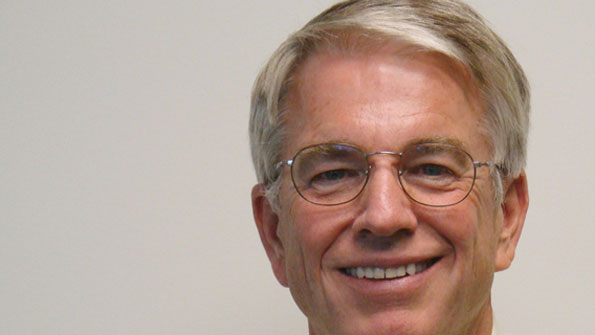 Maximizing use of FirstNet network is critical to ongoing feasibility

By Morgan O'Brien — FirstNet's undertaking is fraught with risk, and most of that risk — both immediate and enduring — is primarily financial in nature. FirstNet can reduce this risk by generating revenue from public-private partnerships that utilize excess capacity on the nationwide broadband network.

FirstNet’s first steps, as reflected in the reports and proposals from their Denver meeting in February, show just the blend of boldness and caution that this project demands. This is shaping up to be much more than a “glass half-full.” Give credit to NTIA and the strong, diverse team of players they have recruited to undertake this task of unprecedented scale and complexity.

For someone like me, whose experience and orientation are rooted in commercial wireless, it is encouraging to see the deference this team is giving to understanding the needs of first responders ( i.e. the customers) more so than to the more obvious exigencies of building and operating yet another nationwide wireless network. It would have been easy for this to go the other way.

I find very promising the call for collaboration and the prominence given to outreach to all the diverse constituencies whose support will be vital to success. The overall tone of the presentation is consistent with a conclusion that FirstNet truly believes such collaboration and outreach to be critical foundational linchpins to the overall process, not just mere “window dressing.”

Acting on the assumption that I am right about this, I responded when asked to submit a piece to this publication by thinking through what might be useful in the way of collaboration.

Appreciation of the risks

This undertaking is fraught with risk, and most (though by no means all) of that risk — both immediate and enduring — is primarily financial in nature. Some immediate questions that come to mind include:

Building and operating a nationwide wireless network is eminently doable. We know this, because the U.S. is well served by several outstanding national wireless networks already. It is a more complicated recipe than just combining the ingredients of spectrum, technology and dollars over a given length of time, but not all that much more complicated (When trying to get a handle on relative complexity, I like to think of the recent NASA landing on Mars, compared to which almost anything looks easy).

If the FirstNet task were simply to emulate a network build like its commercial brethren, we know that task could get done. Maybe not cheaply and certainly not quickly, but they could get it done. But that is not the task; this is where an appropriate definition and appreciation of risk comes in, because the requirements of public-safety customers are not analogous to those of you, me and millions of other wireless users.

This network truly must be like no other in scope and reach, in its capacity to sustain damage and avoid interruption of service, in its reliability,availability and accessibility to public-safety users while they are putting it to a higher use — namely, protecting the safety of life and property.

The risk here is not that of failure to get a network; rather, it is the risk of not getting the right network. And that makes all the difference.

This process has a way of clarifying things. For example, take any reasonable assumption about the cost of building a network to do what this network must do; add the cost of operating that network and periodically refreshing its technology; calculate the number of potential public-safety users of that network, as well as their capacity and/or willingness to pay for its use.

Assume that only $7 billion of funding (and assume that the full amount will materialize in the next 2-3 years) is available, and staring you in the face will be a brick wall: insufficient funds — woefully insufficient funds. It’s a shortfall amount that depends on numerous variables, but it could easily run into billions of dollars.

I hope that everyone who dreams about this network — and the good that it will do — is confronting this reality and thinking very hard and creatively about what to do.

In this context, I find myself in a very different universe from those I have seen quoted as saying that more federal money will be forthcoming. I just cannot see that. Nor can I see states or localities — almost all of which have to live within the constraints of balanced budgets every year — being in any position to make a material contribution to closing the very substantial funding gap that I do see.

Difference between spectrum and capacity

Obvious to me as a broad concept — albeit fiendishly difficult to pull off — is that the most substantial contribution to correcting this shortfall can come from monetizing the excess capacity of the 20MHz of spectrum Congress has provided.

Let me be clear: this spectrum — all of this spectrum — belongs to public safety permanently. But there is a very big difference between the spectrum and the capacity of that spectrum when it is properly deployed. Spectrum is forever, but capacity is a fleeting thing that disappears into the nether world, once it is not used.

As long as the right kind of capabilities for priority access and preemption are in place to meet the needs of public-safety users — another aspect of the relevant “reality” — then every scrap of excess capacity generated by the network can and should be sold to any buyer that has a need for it and is willing to pay a competitive price for it.

Credible estimates are that 300 million smart phones and tablets will be in the hands of commercial users by 2016, most of whom will be seeking to consume broadband capacity. A properly constructed public-safety broadband network on routine days — when catastrophe is not striking — will generate huge amounts of excess capacity.

In my opinion, no reasonable person could ignore that revenue potential while simultaneously acknowledging the funding shortfall that (1) hinders the successful completion of this network’s build program, and (2) may prevent the network from achieving financial self-sustainability.

To figure out a way to monetize the excess capacity is a steep challenge, and I do not minimize for a minute its complexity. The model that seems to me to hold the greatest promise is a public-private partnership — more accurately, a collection of public-private partnerships — that would be authorized by FirstNet to take on the responsibility of financing, constructing, and operating LTE network elements on a state-by-state basis.

With the right elements of local governance and control, professional management, and sound financial underpinnings, such a public-private-partnership (P3) structure can provide a feasible approach — in both the short term and the long term — for managing and/or minimizing the many risks inherent in this undertaking.

This article is not the proper forum for laying out the many details involved in setting up a successful P3 structure. Those details can be expected to vary significantly from one state to the next, because the uniformity of technology, requirements for interoperability and centralized nationwide network core management do not suggest, much less mandate, a “one size fits all,” inflexible solution. The principal driver for any successful P3 will be the value of the excess capacity and the means (and related costs) of realizing that value by finding buyers for it.

This value equation depends on the extent to which this network realistically can share — if at all — network elements, facilities and other resources with one or more commercial carriers. Even if it were not mandated by the legislation, this type of sharing should be regarded as a logical area to consider and explore as a potentially significant contributor to the goals of keeping the costs of the network down, and to monetizing the network’s excess capacity.

As the “new kid on the block,” this network has to find the best way to coexist and to craft mutually beneficial relationships with the existing networks, which is no easy task.

Why state by state?

When we all look back on this from the perspective of a dozen years or so, will we see that a lot of states have pursued the option set forth in the legislation to opt-out? I certainly hope not.

Giving each state a bottoms-up role in the specific design of its portion of the nationwide network, a continuing responsibility for governance at the state and local level, and an ongoing incentive to provide reasonable financial support at the state and local level, should mean that the impetus to opt out is minimal. This network should endure for decades — subject to periodic refreshing of technology — and as a whole will always be so much more than the sum of its parts.

FirstNet’s efforts and strategy must be to build a nationwide network that will avoid — at all costs — the balkanization that has plagued first-responder radio systems. The spectrum rests squarely within this national structure and should remain so permanently.

The basic look and feel of the network must be the same in California as it is in Florida. When a first responder arrives to address a crisis, his or her device should effortlessly function to deliver the agreed complement of needed broadband services, together with the appropriate priority and pre-emption capabilities, no matter where in the United States it may be.

But what gets built is not the same thing as how the network gets built or how the network gets paid for. Obviously, there are many states that have one or more large urban markets that represent great opportunities to generate excess capacity value and therefore could attract some significant amount of private capital to help with the build. But there are also many states without any of such large population centers.

Nonetheless, the network in those less-urban states may be expected to generate large amounts of excess capacity without having the advantages of either capacity-constrained commercial networks or large and geographically concentrated user populations to generate the potential demand for that excess capacity.

In those circumstances, other means to put that excess capacity to productive and profitable use will have to be explored, because public-safety users’ broadband communications needs will exist and must be met, even in areas that are not compatible with traditional commercial wireless network business models.

Each state, in fact, has its own distinct profile of population, topography and politics; and any successful P3 approach has to be built around a proper balancing of all of these. The Founding Fathers realized this in structuring a federal system that allows wide latitude among the varied states under a relatively strong central governance. FirstNet would do well to mimic that system.

For decades, public safety has suffered the consequences of being fragmented: high costs and lack of scale efficiencies, lack of interoperability, and lagging technology. Congress finally has taken the steps to correct all of these problems and to set the stage for a major advance. What a tragedy it would be to slide away from that potential.

Morgan O’Brien was a co-founder of Nextel Communications, which was purchased by Sprint in 2005. In 2006, O’Brien proposed that a 700 MHz nationwide broadband network dedicated to public safety.