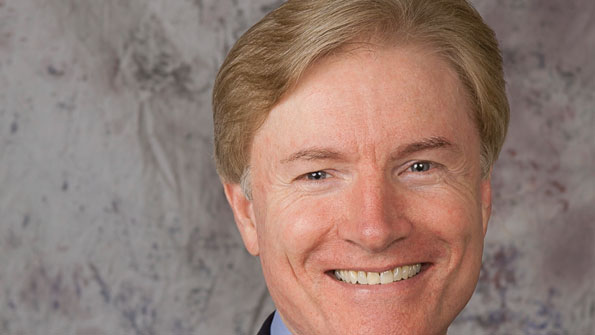 Satellite expected to play a vital role in FirstNet

One of the areas we’re looking at that we think is promising concerns vehicular-mounted satellite picocells that would basically be satellite up-and-down links and Band 14 [LTE] to the device that the person already is using.

The satellite component would be used to create a small base station on the police car, on the fire truck, or on the ambulance or boat. They would be able to use the same LTE device for [satellite], without having to build the satellite antenna — a significant issue — into the device that they carry on their body. Nor would they have to build the [satellite] radio into it. In that regard, you’d have the vehicular device that would serve multiple users and would provide coverage wherever that mobile went.

Remember, we’re trying to cover every square meter of America. Generally, people will get to those locations by vehicle. They’re going to drive there. They might go there by ambulance, fire truck, ATV or helicopter — there are a lot of ways they might get to the very rural, remote areas.

When they get there, with this approach, they would actually be taking a FirstNet base station — a picocell — with them. Then, using the satellite as the data-link connectivity and using the vehicle’s battery for the power — you wouldn’t have to carry the battery, antenna or radio on your personal device. You could get out of your vehicle and then drive to the scene of the incident and actually walk around there.

That’s where we see satellite helping greatly. Early indications are that these devices will be quite cost effective and will be easily affordable, especially for those who have a large, rural area, where they can go for hours with no coverage from a terrestrial system at all.

So, satellite is there to cover the most remote situations, and we refer to this as a skybridge — the idea being that it is a bridge to the sky. So, it would be a Band 14 repeater on the ground and a link to the satellite. It would probably be a 12-inch dish on the top of the vehicle that would go straight to the satellites and provide the data-link capability.

That’s one of the key products that we think is necessary to provide that nationwide coverage. It isn’t economical to provide nationwide coverage to the whole country; it just becomes cost prohibitive. Even though we’re blessed with $7 billion, it’s not enough to place base stations throughout the United States. These satellite systems are already there, are very capable of meeting this type of need, and are very interested in supporting public safety, based on our talks with them.

So, that’s how satellite really fits in. [Satellite systems] become the ultimate safety net for consistent coverage on a daily basis.

It’s extremely unlikely that any major incident — even one as big as Superstorm Sandy — would knock out all of the satellite systems and knock out all of the terrestrial systems in the country. We haven’t seen such an event; Sandy was probably the broadest event we have ever seen, being a thousand miles wide. For those areas that do get knocked out, that’s where the deployable system comes in. The way we like to think of it is, “The FirstNet network goes with you. Wherever you go, it goes with you.”

If you think of the border-patrol problem that we have on the southern border of the United States, there’s no terrestrial coverage for hundreds of miles. Using a skybridge-type technique, we’re able to bring that coverage with these vehicles, whether they’re on a boat on the Rio Grande, in a jeep, in an ATV, in an ambulance, or in a squad car or a sheriff’s vehicle.

With a device of this size, it can be lightweight and take little roof space on the vehicle. But, running off the battery of the vehicle and using these satellite links, we’ll be able to serve first responders very, very well. You can have multiple users running off of it, because it is essentially a picocell.

There can be different power levels, as well, so you could have them range farther away from the vehicle. They’re probably not going to walk more than a mile away from the vehicle — but they might. They might get into ATVs; they might need to climb up into mountains to do their work and their jobs. We think that satellite is an important component.