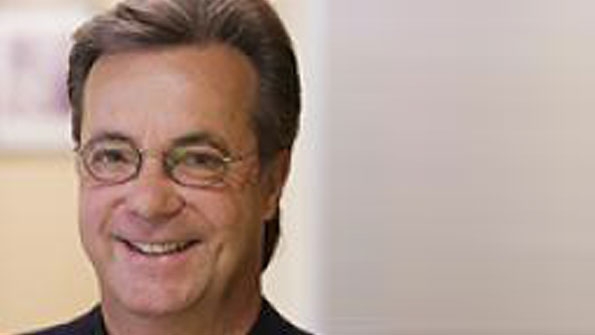 The risk of ‘flying under the radar’ is considerable

Sooner or later, the FCC will crack down on licensees that have yet to comply with its narrowbanding mandate.

The Federal Communications Commission’s Jan. 1, 2013, narrowbanding deadline has come and gone. The mandate required all industrial/business, state and local government, and public-safety systems in the 150-470 MHz bands to be programmed to operate only within 12.5 kHz channel bandwidths. (However, a few advanced digital systems exist that meet the equivalency test and may still operate on 25 kHz channel bandwidths.)

It is still amazing, at this juncture, that as many as 30% of the systems in operation remain non-compliant, or at least the affected licenses indicate non-compliance by continuing to list a non-compliant emission designator. Why a licensee would pay to have their system reprogrammed but fail to amend their licenses is a mystery to me, especially since the fees to do so are minimal and, under some circumstances, absolutely free.

More than likely, however, the reverse is true. Licensees have updated their licenses to reflect compliance, but the associated system has not been programmed to operate in an acceptable narrowband mode.

Here’s my advice if you know of anyone who has chosen to disregard 15 years of reminders and to fly under the radar under such a scenario. Let them know, whether they are a colleague or a customer, that they might get away with it for a while, but not for long.

Here’s why. Because both public-safety and industrial/business interests require the additional spectrum capacity achieved through adherence to the narrowbanding efficiency mandate, the compliant licensees, manufacturers, professional sales /service entities, industry trade associations, certified frequency advisory committees AND the FCC all are aligned towards the same objective. That objective would be to track down those who know they are operating non-compliant wideband systems (with or without compliant authorizations) and those who somehow have remained oblivious to the rules, in order to — through a variety of methods — ensure compliance.

To be clear, there is no threat of penalty for filing, even today, a license amendment evidencing a narrowband emission designator. But given the late date, the powers that be would make the assumption that the system already had been programmed to operate at 12.5 kHz channel efficiencies or better, and the licensing paperwork only now was catching up. Sales and service organizations are being advised that while they can work on non-compliant systems, they are in violation of the rules if they add non-compliant channels to an existing system.

We have asked, and have been advised, that a single point-of-contact will be identified within the FCC’s Enforcement Bureau to handle incidences of non-compliance by licenses. The bureau also will support professional sales and service organizations when they refuse to add non-compliant 25 kHz channels and the customer simply takes that sale to a trunk slammer who cares little about FCC rules and the benefits of compliance. If I were a licensee, I would double check the credentials and references of any service shop that states, “We’ll take care of adding those channels for you. Who will know?”

All FCC-certified frequency advisory committees now will assume automatically — with FCC approval — that wideband 25 kHz systems are operating a narrowband analog voice system during spectrum availability analyses. What these means is that those attempting to fly under the radar will receive less spectrum protection and may experience new forms of interference.

We aren’t sure how other frequency advisory committees will proceed in this matter, but EWA plans to automatically advise non-compliant system operators that their system was reviewed during EWA’s frequency selection process, that their system was considered 12.5 kHz narrowband — again, with FCC approval — and that they now have a new co-channel or adjacent channel operator sharing their spectrum space. We also will tell them that if they receive an enhanced level of co-channel traffic, such interference can be mitigated by narrowbanding their system.

It also is understood that the FCC will be issuing another Public Notice summarizing narrowbanding issues, and possibly will use that opportunity to announce when they intend to conduct an audit of non-compliant licensees. I suspect, when that time comes, that failure to respond correctly to a direct inquiry regarding the status of a non-compliant system — for example, by asking “when did narrowbanding come about?” — will result in either a Violation Notice or a Forfeiture Notice, with the resulting fine based on the licensee’s veracity.

In other words, at this late date, feigning ignorance wouldn’t be a smart move.

Of course, failure to respond to FCC inquires should result in license revocation, which would be, well, not a good event for the non-responsive licensee, but a good event for others who may need spectrum capacity in the same vicinity. The Commission also may establish an expedited process whereby licenses are removed from its database when the licensee is either non-responsive or no longer operating the licensed system. Licensed systems that are no longer in operation need to be purged from the FCC database.

If you are compliant with the narrowbanding mandate, you should encourage these industry efforts as they directly recognizes and benefits the investments you have made in your 150-470 MHz communications systems. If you are not compliant, well, what we have is a failure to communicate.

Mark Crosby is president/CEO of the Enterprise Wireless Alliance (EWA).