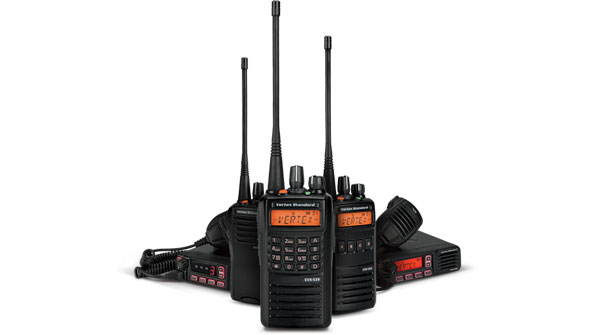 Vertex Standard will introduce a new line of digital radios dubbed eVerge at IWCE 2013. The radios are targeted to the "analog masses."

LAS VEGAS — Vertex Standard will introduce this week at IWCE 2013 a new line of digital radios dubbed eVerge. The radios are targeted to the "analog masses," specifically the commercial and industrial sectors that previously may have believed that digital technology was out of their reach.

The radios are being offered at a price point that is similar to what those entities have been paying for analog radios, said Leann Whalen, Vertex's senior global marketing manager.

Whalen added that because the radios are rugged and submersible, they are well suited to sectors where radios typically take a beating, such as construction, manufacturing and warehousing.

Fleet operators are another key target market for the radios because they are backward compatible, which makes the analog-to-digital migration much easier.

The line leverages TDMA two-slot technology and consists of both mobiles and portables that operate either in the VHF or UHF bands. The EVX 531 portable and the EVX 5300 mobile are available today; two additional portables and one more mobile — which will have additional channels and capabilities — are scheduled to be available in the second quarter of this year.