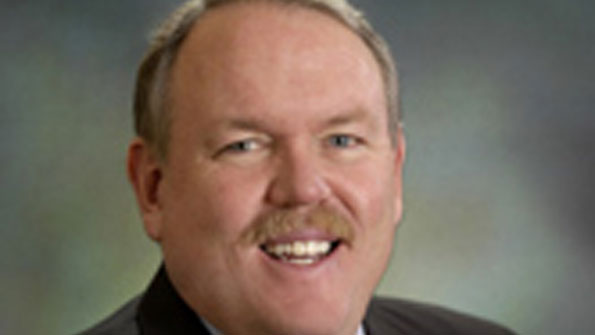 Some state and local officials have chosen to criticize FirstNet, even though the board has been in place for only about six months. Many seem to have forgotten that it took us three years to get Congress to pass this law, and that this will be the single largest public-safety technology project ever.

While reading some of the comments about FirstNet from state and local officials — and many in the private sector — I find it interesting that many have chosen to criticize FirstNet, even though the board has been in place for only about six months. Many seem to have forgotten that it took us three years to get Congress to pass this law, and that this will be the single largest public-safety technology project ever.

I have a lot of respect for these state and local officials. After all, without their support, we would not have gotten this far, and we clearly cannot build this nationwide broadband network without everyone’s help. I have not walked in the shoes of these critics, but I do have a lot of experience, having served as a first responder, an elected official, a senior government manager who worked for short periods as a county manager, and chair of several grant-making bodies over the years.

In my experience, after getting a state law passed, it took almost a year to write the regulations just to comply with all the state rules and requirements. Given this, the fact that the FirstNet board is making excellent progress in its initial six months is a major accomplishment for which we should all be thankful.

It is also interesting to note that some states are trying to shape this broadband project as a cash cow, with some states posturing to determine how they can generate revenue from this spectrum.

Maybe the better perspective is consider the millions of dollars the states will save by not having to build, manage and update a network that will be more extensive and comprehensive than they have today. Yes, we all understand there will be user fees; however, most public-safety networks already have user fees, or the costs are distributed among many budgets and budget line items.

Remember, this is about leveraging a national platform to ensure consistency in the available tools for first responders. In order to do that, we must share all resources and adhere to standards.

Let’s use a snapshot of our 911 system as an example of how best intentions can be problematic:

In other words, People still try to dial or text 911 expecting a service they won’t get. We have failed, because [[our systems are fragmented, and we have not worked together. Whether it is due to governance, technology or funding, we don’t have the common standards to meet public expectations. With FirstNet, we have to opportunity to avoid repeating that mistake.

As for the FirstNet legislation, it was written the way it is for a purpose. Every section has a specific intent. The reality is that all it takes is one state to build out incorrectly or to misuse the funds, and we have failed. If one vendor is allowed to introduce non-standard technology, we have failed. The risks are high, but so are the rewards. This is a public-safety broadband network with a specific focus: serving first responders and saving lives.

NTIA had a monumental task just selecting the FirstNet board members to meet the requirements of the law, and the fact is, they did it and did it well. I, along with many others, knew we could get qualified public safety / state and local reps, but we were very concerned about how they would find those from the private sector with the “right stuff.” Well, I don’t know how, but NTIA accomplished that.

I’m thankful NTIA found this exceptional talent, who are all willing to serve and lead such a monumental task of building this network. The first thing we should be saying to NTIA officials and to all the members of the FirstNet board is “Thanks.”

We tend to forget how much time and effort each member has committed to this task, and I am sure they go to sleep every night thinking, “Gee, I hope we get this right.” They are doing a job that many believe is close to impossible, at little to no pay with few rewards. I think our obligation is to encourage them and be part of the team in any small way we can. I would submit that if you’re going to question FirstNet maybe the question should be, “How can I help”?

Richard Mirgon is a partner at Presidential Partners Consulting. He is a former president of the Association of Public-Safety Communications Officials (APCO) and a former member of the Public Safety Alliance.