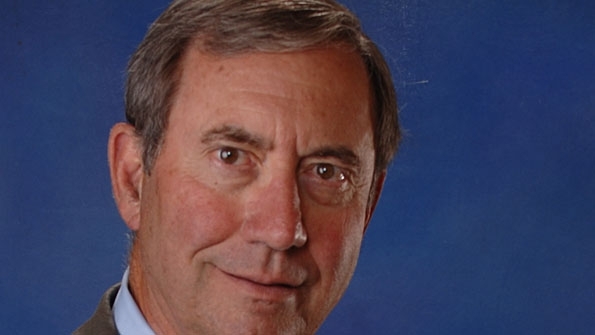 Ginn should be applauded for setting high standards, but are his parameters for public safety's broadband communications network reachable?

In the world of track and field, some of the most interesting strategic decisions are made by high jumpers and pole vaulters during a competition. Taking too many jumps at lower heights may leave the athlete too tired to execute properly when medals are on the line and the bar is raised to its top height. On the other hand, passing on attempts at lower heights to conserve energy also can be risky, because a competitor may fail to clear any height and face the embarrassment of finishing last.

When the FirstNet board was formed, many industry observers expected board members to focus initially on managing expectations as they sought opportunities for short-term success. Instead, to borrow from the analogy above, FirstNet Chairman Sam Ginn effectively has set the bar at a height that will shatter all world records. According to Ginn, the broadband network being built by FirstNet will:

These are the main characteristics that first responders want from the much-anticipated broadband network, so it all sounds great. But many question whether such a network can be built and still be affordable to cash-strapped first-responder agencies. Among the doubters are two members of Congress, who recently shared their perspectives.

“I am, quite frankly, skeptical,” said Rep. Joe Barton (R-Texas) during a House subcommittee hearing regarding FirstNet. “If you do everything you say you’re going to do, this is going to be a phenomenal network, and I hope it is going to be successful.”

“This seems to be such a monumental task — a huge beast — that I’m wondering what it’s ultimate cost and bureaucracy will end up being,” Terry said.

During the hearing, Ginn also told Terry that only first-responder traffic would be on the network, which caused Terry to ask the question that many in the commercial wireless community have asked privately.

“Can you explain how a better network is going to be cheaper, when — by definition — you have fewer users on that network?” Terry asked.

Ginn mentioned the power that economies of scale would have regarding network-deployment costs. He also pointed to the revenue-generating potential for public-private partnerships through which the valuable 700 MHz spectrum licensed to FirstNet would be shared with commercial entities — for example, arrangements with rural wireless carriers.

But sharing excess spectrum with a carrier that would still have to build a network does not seem nearly as valuable as sharing excess capacity on the FirstNet network. Granted, there are significant policy questions associated with the latter scenario — for example, should a subsidized government network compete with commercial carriers, even if the competition is indirect? — but it would seem to be a more straightforward deal to negotiate and one that would generate much more revenue for the FirstNet project.

Of course, these are only some observations made by an outsider journalist with no real engineering, legal or business expertise. By all accounts, Ginn is a very smart guy with a lot of network-building expertise, and he is the one who has been part of conversations with the legal minds and commercial providers, which gives him a huge leg up on knowing what can — and cannot — be done.

However, even if FirstNet board members acknowledged that compromises would have to be made with this first-responder broadband network, making it happen promised to be a massive undertaking. To meet all of the lofty goals established by Ginn is going to be an even greater challenge.

Ginn is deserving of applause for being so bold in establishing such high standards for the FirstNet board. And I hope he’s right about all the parameters for the network being achievable, because a successful FirstNet effort not only will transform first-responder communications, it could revolutionize the way government does business — an observation that communications attorney Arthur Katz noted last month during a session at IWCE.

“Personally, I find the whole thing very exciting,” Katz said of FirstNet. “It’s really historic. And, if it goes right, not only will it be a miracle, it will really be significant for the country, and it may be a model for similar attempts to somehow use private and public resources to get to goals that otherwise couldn’t be accomplished.”