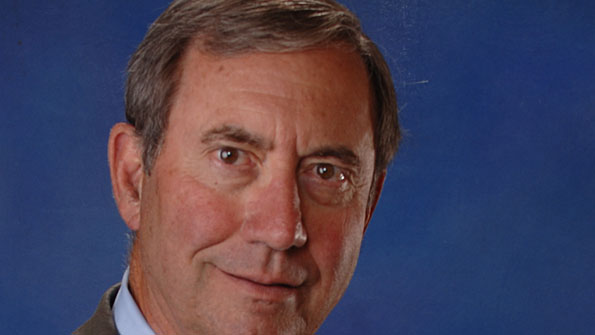 FirstNet board establishes review committee in wake of Fitzgerald allegations

Chairman Sam Ginn vows to implement committee recommendations, find ways to improve the working relationships on the board.

FirstNet board members yesterday unanimously approved a resolution creating a seven-person committee that will review the allegations of board member Paul Fitzgerald, who has claimed that information was not being shared adequately, that network planning was being dominated by FirstNet members with commercial-wireless backgrounds, and that some FirstNet board members have conflicts of interest.

FirstNet Chairman Sam Ginn vowed to implement the recommendations of the special review committee and will “look for ways to improve the working relationships on the board,” which is faced with the challenge of establishing a nationwide broadband network for first responders.

“We must have a well-functioning, professional board in order to achieve our mission.” Ginn said. “It’s very important, I think, that we end up with a board that has mutual trust, that understands the mission and is dedicated to it, can afford itself to criticism and can work together in all circumstances. … If you don’t have those things, you don’t do the best job possible.”

FirstNet board members took the action during a special meeting conducted via teleconference. Fitzgerald was hospitalized and could not participate, but he issued a statement that he was “pleased” that the FirstNet board was considering establishing the review committee he suggested during the April 23 meeting.

“I look forward to working with the special committee to address these issues and move forward for the implementation of this vital network,” according to Fitzgerald’s statement. “The composition of this committee has been described to me, and I call on the members of this new committee to carry out their task in an open and transparent, and fair and unbiased process, and in accordance with the law establishing FirstNet.”

Chairing the special review committee will be FirstNet board member Wellington Webb, who noted the need for the new committee to be “thorough” in its work while acting as quickly as possible.

“I think it’s important that everyone’s reputation be maintained and kept intact and that we do answer the issues that have been addressed, so that we can all collectively move forward,” Webb said during the meeting.

Although Reynolds was not able to participate in the special meeting, he issued a statementregarding the review committee.

“I am in full support of the FirstNet board resolution establishing a committee to thoroughly review the issues raised by Sheriff Fitzgerald at last month’s board meeting,” Reynolds said in his statement. “While I haven’t seen any basis for these allegations, I do respect Sheriff Fitzgerald’s right to raise issues that he genuinely believes are important to ensure that the FirstNet board properly discharges its duties.

“We need to ensure that actions taken by board members are free from conflicts of interest or any bias that might hinder achievement of our mission to establish and maintain a seamless, interoperable broadband wireless network for all first responders.”

In addition to the work that will be done by the special review committee, Ginn said that he personally will meet with each member of the FirstNet board to discuss the best methods to conduct business.

FirstNet board member Sue Swenson said that establishing guidelines for the board to conduct business will be a key to its success.

“All boards have issues, but they generally have a common way amongst them that they deal with issues,” Swenson said during the special meeting. “Because of our breadth of experience that we bring as a board, I think … it’s going to be critically important that we have a way that we agree that we’re going to work together, so that we all know what those kinds of rules of engagement are.”