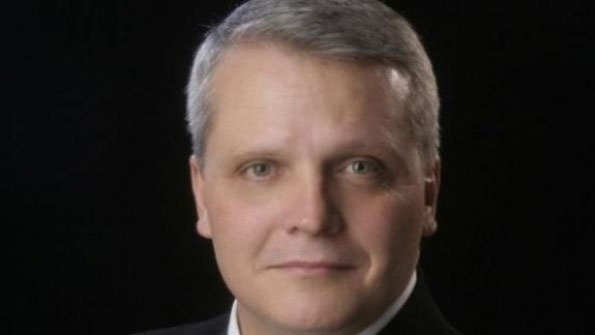 Meetings have been well attended, and have been "really informative in both directions," said FirstNet board member Jeff Johnson.

FirstNet has reached the halfway point of its 6-stop regional meetings tour, and the input received during the first three meetings has been “very helpful,” according to board member Jeff Johnson, who is leading FirstNet’s outreach efforts.

All three regional meetings have been well attended, with most states and territories sending significant teams—five state officials and five local officials from within the state were recommended—to tell FirstNet representatives of their needs and concerns, as well as to learn more about the FirstNet process, Johnson said.

“It’s been a great opportunity for attendees to ask questions and clarify their vision, and for us to talk about FirstNet’s vision and our responsibilities and have a conversation about how that works,” Johnson said during an interview with Urgent Communications. “It’s been really informative in both directions.

“We’ve really been able to harvest an amazing amount of insights from the states,” Johnson said. “We are getting a wonderful spectrum of conversation and feedback.”

As expected, one of the findings during the initial three regional meetings—conducted in Washington, D.C., Denver, and San Francisco—is that the challenges in each state and territory are unique, Johnson said.

“Satellites are a different dynamic in Alaska, and the terrain is very different than Florida,” Johnson said. “Some of that is obvious, but when you talk to the people who live it and run it every day, you pick up the nuances, and there’s a lot of value in that.”

One of the major questions states and territories have is how FirstNet will incorporate infrastructure sharing—for instance, the use of government-owned sites and backhaul—into the national buildout, according to Bill Schrier, senior policy advisor for the state of Washington and the first-responder LTE point of contact for the state.

Like many states, Washington jurisdictions have considerable assets that would help enhance coverage, capacity and reliability of the FirstNet network, but officials want to better understand the financial arrangement associated with FirstNet using the government assets—for instance, would FirstNet give credits that would lower the user subscription rates to the network, or would it simply pay jurisdictions for using their infrastructure, Schrier said.

“Personally—and I’m not speaking for the state of Washington here—I would much rather get a break on pricing,” Schrier said during an interview with Urgent Communications. “I’d much rather get credits for the assets that we offer and have less cost [for subscriptions to the FirstNet system].

FirstNet has not yet decided how the financial arrangement for asset sharing will work, but the board is committed to providing some form of compensation for any assets used, Johnson said.

“What we know is that there will be no taking of anybody’s assets or infrastructure,” Johnson said. “This is going to be a mutually agreed-upon relationship.”

These regional meetings are a key component of FirstNet’s “listening tour,” which will continue throughout the summer, Johnson said. After this week’s FirstNet meeting in the Denver area, three more regional meetings—in St. Louis, Boston and Memphis—will be conducted. In addition to those regional meetings, FirstNet will meet separately with officials from each state and territory, he said.

“We may not even completely finish the regional [meetings] before we start the individual state visits,” Johnson said. “Some states are anxious and reaching out already.”