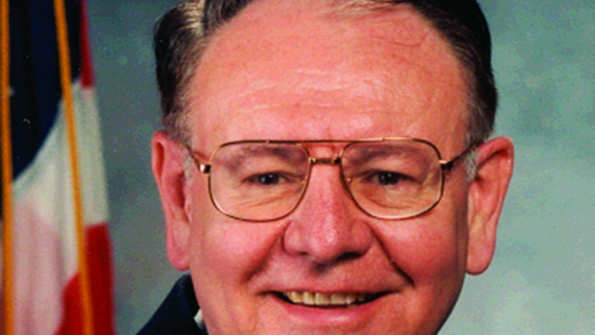 FirstNet's broadband network will offer public safety new tools to help accomplish the mission and, for many years, will supplement—rather than replace—public-safety land mobile radio.

Recently there has been considerable discussion whether and when public safety can rely on voice for mission-critical communications over the planned nationwide, public-safety broadband Long Term Evolution (LTE) network. Having been active in law enforcement and public safety for over 50 years, I have experienced a variety of technology and operational transitions, including a number of those in public safety communications. During my career, I have seen the introduction of different frequency bands, trunked radio operations, and digital radio. In each of these cases, the new communications tools that resulted have supplemented existing operations, with both used together side by side, often indefinitely. As new capabilities have been introduced, it has been important to ensure that the new technology or approach meets public safety's needs in the stressed environment in which we operate, before abandoning systems already being used.

The same will hold true as we move down the path of implementing the FirstNet nationwide, public-safety broadband network now being planned, based on LTE technology. The broadband network will offer public safety new tools to help accomplish the mission and, for many years, will supplement—rather than replace—public-safety land mobile radio.

In the case of public safety broadband LTE, various technical experts debate when this network will include the technical capability for public-safety-grade "mission-critical voice" and when that capability will be incorporated into the LTE standards. These are important factors. Historically, networks based on commercial standards have not supported direct-mode talk-around communications between two or more first responders or group calls among multiple responders that are essential operational requirements for public safety. The nationwide public-safety broadband network will need those capabilities, if it is ever able to meet the threshold technology requirements for mission-critical voice operations.

In a recent article in Urgent Communications, one writer said “The LMR people are trying to push for a slow evolution, but that’s just a business strategy—it’s not based on reality.” This kind of thinking ignores the history and evolution of public-safety communications that I personally have witnessed. I can assure you that the experts in public-safety communications who have examined this issue carefully are not being driven by the LMR industry.

Public-safety agencies across the country have dedicated time and resources to continually improve their land-mobile-radio systems, so they provide the coverage and operational capabilities for voice required in a given locality, region or state. Rather than focusing only on the technology capability of the new broadband network, public safety must examine the overall picture, including technology capability, standardization, degree of coverage and operational capabilities, as tested in the stressed public-safety environment.

The National Public Safety Telecommunications Council (NPSTC), together with the APCO Broadband Committee, examined this issue extensively and NPSTC issued a paper on April 15, 2013, titled “Why can’t public safety just use cell phones and smart phones for their mission critical voice communications?” The paper is primarily addressed to local, tribal, state and federal officials and concludes that “Local, tribal, state, and federal public officials are urged to not abandon or stop funding their public-safety voice LMR systems until such time as it can be demonstrated that broadband can safely and adequately provide public safety with the mission-critical requirements currently provided by LMR.”

Based on my many years of experience in public safety communications, I wholeheartedly endorse this conclusion.

Harlin McEwen serves as chairman of the Communications & Technology Committee of the International Association of Chiefs of Police (IACP), a position he has held for more than 35 years. He is a career law-enforcement officer and executive who has served in all ranks of law enforcement from patrol officer to chief and in all levels of government—local, state and federal. He is a recognized expert in the field of public-safety communications and is a Life Member and Honorary President of the IACP, as well as a Life Member of the National Sheriffs’ Association (NSA) and the Association of Public-Safety Communications Officials-International (APCO). McEwen also serves as chairman of the FirstNet Public Safety Advisory Committee (PSAC) and is a member of the governing board of the National Public Safety Telecommunications Council (NPSTC).