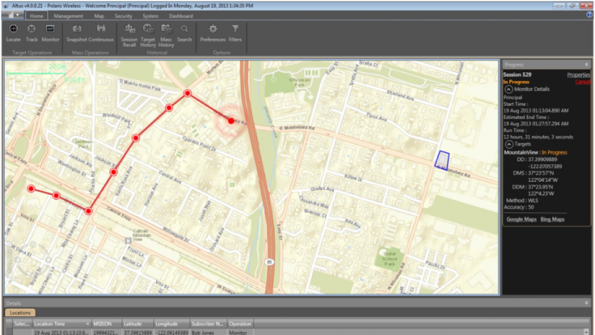 Data generated by the cloud-based solution also could be useful in terms of determining the optimal utlization of traffic officers.

It is difficult for undercover police officers to remain clandestine when those around them can hear the crackle of their radios. So, they often eschew them in favor of smartphones. But abandoning their department-issued, GPS-enabled land-mobile radios makes it much more difficult for dispatchers and incident commanders to keep tabs on these officers. This is problematic during everyday operations, but especially so when officers are in foot pursuit or at events that attract a very large number of people, such as a concert or sporting event.

“When they’re going into a crowd, if they were to get into any sort of trouble, the challenge would be to find out exactly where they were,” said Chris Hsuing, a lieutenant in charge of special operations for the the Mountain View (Calif.) Police Department.

For that reason, the department recently trialed a tracking application from Polaris Wireless, dubbed Altus Blue Force, at a two-day concert that attracted about 20,000 attendees each day. Seventy officers were assigned to the event, with half in plainclothes. According to Hsuing, the event offered the perfect venue for piloting the solution, which marries the company’s Altus Mobile and Altus Command Center platforms.

“Part of the event was held in a giant parking lot,” he said.  “Even if they said that they were at a pole over here or a tree over there, it would have been very challenging to locate officers calling for help.”

Officers were given the choice of opting into the trial, for privacy reasons. The department provided the cellular phone numbers for participating officers to Polaris, which then sent the officers a text asking them to opt-in. The solution can be configured so that the officers automatically are logged out once their shift ends, to help allay any privacy issues. In the future, officers will be able to download an application to their devices that allows them to log onto the cloud-based service.

During the trial, the officers’ location information was captured by a solution developed by San Francisco–based Locaid; that data then was displayed on incident-commander screens via the Altus Blue Force application. Hsuing said it became very clear, very quickly, that app significantly improves situational awareness.

“You can kind of keep a mental picture of what’s going on by listening to the radio, but when you have a visual depiction of what’s going on, it does give you an overall better idea in your head about where all of your resources are deployed,” he said.

“Initially, there was a little bit of reluctance on the part of the officers to opt-in, but the captain briefed them and explained that this was for their personal safety,” Shah said. “He told them that if something were to happen — for example, if they were to get into an altercation with somebody — then they could see which officers were closest to them, and send them to help them out. … Once they saw themselves on the map, they realized [the value].” 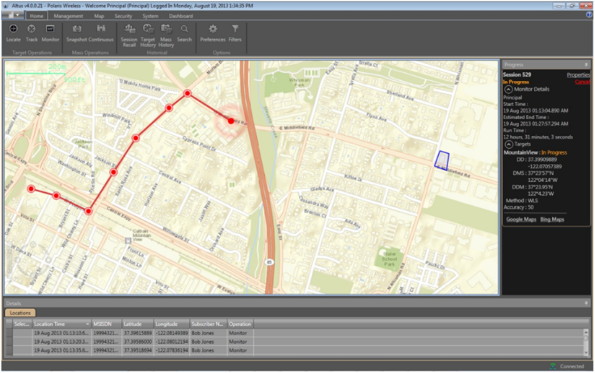 Shah added that the ability to track plainclothes officers is perhaps even more important when they are chasing a suspect.

“Let’s say that you’re in hot pursuit of someone who runs into a building and is hiding,” he said. “The last thing you want to do is activate your radio, because you can be heard and identified,” he said. “The idea behind this is that you can be quiet but still get help without radioing in, because they’re watching your location behind the scenes at the command center.”

Shah believes that fire and emergency-medical personnel eventually could leverage the application. Meanwhile, Hsuing said that his department hasn’t decided yet whether to roll out the application on a permanent basis — but he’s already thinking about additional uses.

“We’re at a brainstorming phase right now, and one thing that we’ve thrown onto the chalkboard is giving them to our traffic officers, so that we can see where they’ve patrolled in a given week,” Hsuing said. “And then we’ll take that data and overlay it with our actual accident data, to see where the intersections are that are troubled.

“The third data set would be to see what the citizens’ perceptions are of the worst intersections,” he continued. “Those three things are not going to match up. Doing this might help us educate the public and to ensure that our traffic officers are using their time and resources in the right place. … The data might convince them to change their patrol patterns, or the routes that they typically focus on in the city.”