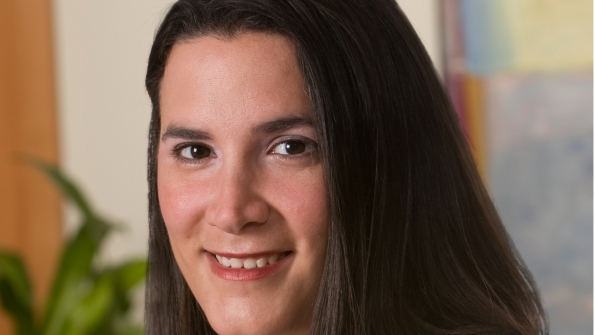 How to make the right social-media choices for your organization

Social media can be a powerful tool for disseminating important information quickly, especially by government and public-safety agencies in times of emergency. But there are pitfalls to be avoided, particularly those that concern privacy.

By Meredith Campbell and Joy Einstein

Social-media use certainly has advantages for employers. At the forefront is the ability quickly and efficiently disseminate information. Public-sector employers, whose tasks often depend on rapid alerts to the public, have seen great success using social media in this regard.

Of course, nothing good comes without a price and social media is not exempt from the adage. Employers can set themselves up for liability exposure in a variety of ways through the use of social media, either by employee social-media use or by the company’s own use. Privacy is one such area where liability could attach, particularly for public-sector entities.

For example, in October 2013, an accident victim’s family members brought suit in Greenbrier County Circuit Court in West Virginia against Quinnwood Emergency Ambulance for invasion of privacy. They alleged that one of the EMT responders posted pictures of their son, an accident victim, to her Facebook page. Although the litigation is still in its early stages, state legislators already attempted to pass a bill that would make it a crime to take photos of corpses outside of certain defined situations.

A similar incident led to a lawsuit against the California Highway Patrol when an officer, who took an accident photo pursuant to policy, disseminated the photo outside the agency, which was against policy. This led to its posting online. Summary judgment was granted in the case, with the trial court judge finding that the officers had no duty to protect the family’s privacy. However, the California Court of Appeals for the Fourth District disagreed, and found that the officers could still be sued for negligence and intentional infliction of emotional distress. The case eventually was settled in 2012 for more than $2 million.

There are numerous other ways that an employer may find itself vicariously liable for torts that employees have committed through social-media usage. For example, if an employee takes to social media to talk about a client he or she cannot stand, or makes derogatory comments about a competitor’s products, this could invite lawsuits against the company for myriad causes of action, such as slander, defamation, interference with business relationships, etc.

Moreover, employee interchange via social media about protected characteristics like race or gender may violate an employer's anti-harassment policy and create a hostile work environment, just as it does when communicated in-person by employees. This has the potential of subjecting the employer itself to liability where such behavior goes uncorrected. For example, in Blakey v. Continental Airlines, a case in which a female airline pilot was being harassed on a company-affiliated online bulletin board, the court stated that an electronic bulletin board located outside the workplace still has the ability to permeate the workplace and create a hostile environment that the employer may have a duty to correct.

Employers also can find themselves liable for violations of the National Labor Relations Act (NLRA) for certain actions related to social media. The NLRA protects the right of employees to engage in concerted activity to change workplace conditions. For example, groups of employees are allowed to get together, including by online forum, and discuss their low pay in an effort to get better wages. If an employer discovers a series of online posts in which employees made negative comments about their wages, and then terminates or otherwise disciplines employees for these comments, that employer has violated the NLRA.

Finally, public-sector employers face additional liability for disciplinary actions taken as a result of posting on social-media sites, because they must respect their employees’ First Amendment rights. If not, employees could bring suit under the Federal Civil Rights Act of 1871. For example, if a high-school teacher (a public employee) does not get her contract renewed after the principal discovers she had conversations with students on MySpace, she might be able to bring a lawsuit. However, speech by public employees may be regulated to a greater extent than that of private-sector employees, e.g., public employers may restrict employee speech to protect legitimate government interests under certain circumstances.

In gauging the pros and cons of social media, in order to determine whether its use makes sense for your organization, there are some basic guidelines that should be followed:

Social media is everywhere now, so it is increasingly important for employers to limit the liability that could result from its use. Be mindful, and instruct employees to be mindful, of privacy concerns; posting about protected characteristics; the NLRA’s requirements; and the First Amendment.

Meredith Campbell is a partner at Shulman, Rogers, Gandal, Pordy & Ecker, P.A., and co-chair of the firm’s Employment and Labor practice group, while Joy Einstein is an associate within that group.