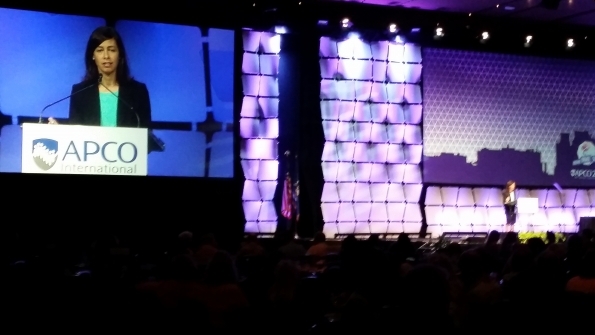 Text-to-911 service will start only when PSAPs are ready, FCC Commissioner Rosenworcel says

FCC Commissioner Jessica Rosenworcel says PSAPs will be "in control" of text-to-911 deployment schedules during her speech at APCO 2014, which was delivered just two days before the FCC is scheduled to vote on the text-to-911 issue.

Rosenworcel also announced four principles for the development of rules for 911 indoor accuracy for calls made from wireless phones. The FCC proposed requirements for indoor accuracy in February.

“I know firsthand the benefits of having texting-to-911 in place, but I also know, from many of you in this room, it can bring new difficulties,” Rosenworcel said Wednesday. “From my visits around the country, I can tell you that educating the public matters, because voice calling still offers a speed and response that is superior to texting. It offers the ability for a natural conversation that a drop-down menu of responses with texting still does not.”

Rosenworcel also said that time spent with public safety answering points (PSAPs) around the country has impressed upon her how much work must still be done on the local level before many call centers are capable of processing the texts. In many cases, funding is an issue.

“So, as we work to ensure that carriers provide text-to-911 capabilities, I want you to be confident that it’s important to me—and important to the FCC—that you are in control,” Rosenworcel said. “This will be deployed only when you are ready.”

In addition to text-to-911 service, modern rules for 911 location accuracy are needed to address wireless calls made from indoors, Rosenworcel said.

“Wireless calling to 911 is here to stay and poised to grow,” she said. “But our rules at the FCC that provide first responders with information about where we are when we call 911—I think it’s fair to say they are stranded in the calling practices of last century.”

The FCC has started a rulemaking process, and four core principles have been developed to guide that process, Rosenworcel said Wednesday. Those principles include: dispatchable information that includes details like the floor and room location of the caller, verifiable targets to measure accuracy, flexibility to adapt to future technologies, and progress within a reasonable time, she said.

“The perfect cannot be the enemy of the good,” Rosenworcel said. “While we must continue to strive towards achieving dispatchable location, we must be honest that this goal could take some time. So, we need solid interim benchmarks along the way.”

In response to her comments, the Find Me 911 Coalition said that the two-year timeline for implementation outlined in the FCC’s proposed rule is “realistic and achievable.”

“The FCC’s proposed rule is the best way to turn these principles into a practical roadmap to indoor location accuracy, and we hope the commission will move quickly to take final action on it,” Jamie Barnett, counsel to the Find Me 911 Coalition and former chief of the FCC’s public-safety and homeland-security bureau, said in a statement.

“Only through FCC action will the carriers make the necessary investments to ensure both achievable two-year benchmarks and longer-term dispatchable addresses.”