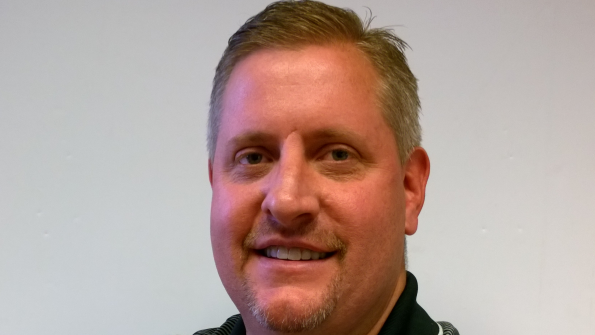 Many emergencies occur inside structures, so first-responder communications require in-building coverage that is complete, reliable and flexible enough to support myriad technologies. All-digital DAS solutions may be the answer.

For a consumer using a cellular network, losing a signal may be nothing more than an annoyance. But, for a first responder trying to execute a mission-critical application in the midst of an emergency, a dropped signal has a profound impact on how they do his/her job—if it can be done at all.

The importance of first responders being able to communicate deep within a building during an emergency was underscored during 9/11, when firefighters lost communication with one another in the Twin Towers. This problem is all too common across the nation and even the globe, prompting local governments to pass ordinances and other laws that require building and venue owners to ensure first responders access to public-safety wireless networks inside their structures. For example, the National Fire Prevention Act of 2009 provides a countrywide framework for requiring first responders to have network coverage everywhere in a building.

In light of disastrous events, the need for in-building public-safety communications coverage has been identified as a critical necessity. The lack of coverage deep inside a building can cost first responders valuable time, which can mean the difference between life and death, in some cases.

For service areas such as stadiums, hospitals, and hotels, the requirement for a resilient public-safety communications infrastructure is also vital, because these venues often have a high density of wireless users that may cause interference or cross-talk during an emergency situation. Today, government and enterprise face increased challenges as they strive to create safer environments for their communities. This process is challenged further when resources are limited, and enterprises and governments are asked to do more with less.

There are countless hurdles that obstruct first responders’ ability to communicate efficiently and effectively inside buildings. Walls, windows, load-bearing columns, elevator shafts, underground garages, basements, and tunnels are only some of the structural impediments to radio signal delivery.

Public-safety networks must also consider applications beyond voice communications, meaning a system should be robust enough to offer the required bandwidth for media-rich public-safety applications, such as live video feeds and high-definition video surveillance.

Lastly, infrastructure capable of managing the coverage of every square inch of an entire service area is vital.

Many turn to distributed antenna systems (DAS) to enhance coverage and access. However, with conventional DAS on the market today, much of the signal goes to waste, which leads to insufficient coverage. This is because conventional systems increase the noise floor due to distance or improper bend radius, which leads to poor service quality. Government and enterprises require public-safety infrastructure that not only provides coverage to hard-to-reach zones and always-on access to connectivity, but solution that can be deployed over a greater range without signal degradation and minimal interference.

An end-to-end digital DAS is the answer. With its end-to-end digital signal processing and software configurability, this approach allows greater reach without signal degradation. It also allows government and enterprises to easily adapt to changing requirements, including FirstNet, P25 Phase I and II, narrowband and broadband public safety.

In addition, it lets enforcement, medical workers, fire and rescue, and homeland security personnel operate on frequencies allocated to public safety. This provides the potential for these agencies to have improved operability and interoperability, allowing for enhanced communication within their own agency and among disparate agencies, as well as realizing better integration with resource-intensive and multimedia applications that require substantially more network resources.

The last thing a first responder needs is having communications with command cut off because they’re in a remote section of a building, such as the basement or stairwell. By providing greater reach and access, first responders are able to maximize the functionalities of their communication devices anywhere and anytime, with the assurance that the connection is reliable.

Having in-building systems dedicated to supporting first responder communications will be a boon to public safety. Ultimately, it will be easier to develop, practice, and execute standard operating procedures when there are analogous communication environments, regardless of location.

Furthermore, the ever-increasing use of bandwidth-intensive applications in public safety has made in-building wireless systems critical for first responders to effectively do their jobs. Government and enterprises require a flexible, scalable, and more resilient network architecture to maximize usable resources and provide ubiquitous connectivity, regardless of the first responders’ location. An all-digital DAS is a solution that empowers government and enterprises with robust communication options to support first responders in executing mission-critical functions, making the community a safer place for all.

Lance Craft is the vice president of sales in the Americas for Dali Wireless.