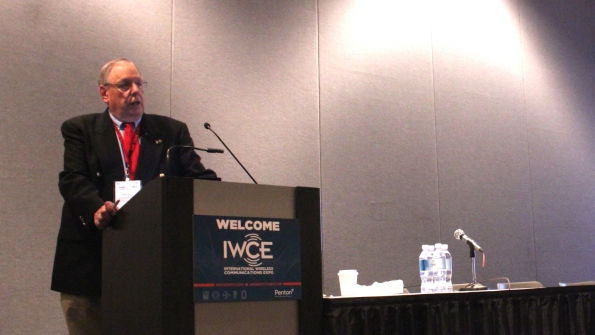 Building new or upgrading existing radio communications infrastructure can be a daunting task. But above all, coverage should be key.

LAS VEGAS–Properly specifying coverage is a key consideration for IT professionals and local government officials preparing to build new radio systems or seeking to improve existing infrastructure, a speaker at IWCE 2015 said yesterday.

Mark Pallans, chief operating officer and general manager of Pallans Associates, said the first hurdle is to understand a city or region’s acceptable level of coverage. This requirement needs to be built into any request for proposal (RFP), and it needs to be both qualitative and quantitative in detail.

But this is not as simple as specifying “the city needs 95% coverage,” which is why it’s important to first conduct an in-depth coverage study.

“You have to know what areas you want performance in,” Pallans said.

Without such a specification, even a radio system with 95% coverage could have dead zone in critical-infrastructure areas, such as hospitals, courthouses and jails.

This exact situation played out about 20 years ago in Kansas City, said Pallans. City employees, rather than the vendor, designed the system. Not confident the system would be fully functional, the vendor raised their concerns with city engineers; however, the faulty system was installed.

“It worked exactly the way the vendor said it would work, which means it didn’t cover the most important parts of the city,” Pallans said, noting that it cost the local government millions of dollars to correct this oversight.

Pallans suggested that it is wiser to contract these types of jobs out to industry professionals, rather than relying on in-house staff that may lack the expertise to design a radio system properly. However, this does not mean local officials lack control over the project–vendors should be contractually required before a project begins to deliver on the promised coverage levels, or be obligated to fix the problem at no cost, he said.

“When push comes to shove, the contract says [the vendor] has to make it work,” Pallans said.