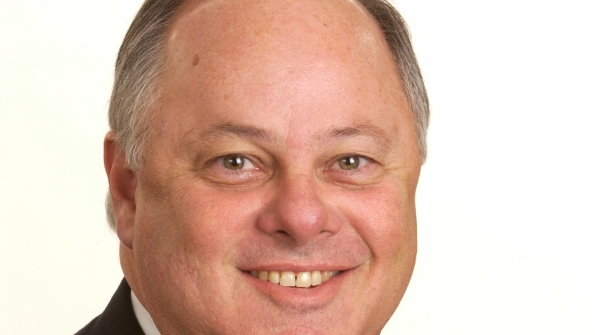 FirstNet should consider satellite options as it seeks cost-effective methods to first responders with broadband coverage in vast rural and low-density locations.

With hurricane season upon us, government first responders are on high alert. They know firsthand the destruction wrought by major disasters like Superstorm Sandy and Hurricane Katrina. And having learned the hard lessons of being better prepared, the federal government has been working on a comprehensive emergency preparedness strategy, the key component of which is the First Responder Network Authority (FirstNet)—the authority responsible for standing up a first-of-its-kind national emergency response and public safety broadband network.

Although FirstNet is still in its conceptual stages having just released a draft request for proposal (RFP) in April, the Government Accountability Office (GAO) recently issued a report outlining FirsNet’s progress and areas needing improvement. In particular, it stressed the need to leverage commercial partnerships and existing network infrastructure, with the overall goal to ensure the highest levels of network reliability, availability and coverage nationwide.

Stakeholders only have to look back at the success stories and best practices that emerged out of Superstorm Sandy to realize the value of public/private partnerships, such as the state of New Jersey’s outreach to the All Hazards Consortium.

In that vivid example, the consortium called on industry partners, including the Multi-state Fleet Response Working Group, to provide critical support to federal and state response efforts, which included Internet access over a satellite network that survived the storm. Information about businesses that were still open and online proved invaluable for crews searching to find hotels, gas stations, pharmacies and restaurants in the hardest hit impact areas.

As was also demonstrated during Superstorm Sandy, terrestrial networks can be unreliable during significant flooding and windy conditions. This can force operations to cease, resulting in a significant loss of revenue for businesses and disruption of vital government services that are needed most in recovery operations.

To hedge against these very likely possibilities, FirstNet should look to implement continuity of operations through robust, multi-technology networks that employ best-of-breed combinations of terrestrial, wireless and satellite access. Satellite networks, in particular, provide a true alternate path to terrestrial fixed or mobile facilities, which are vulnerable when disaster strikes.

And when it comes to mitigating major capital outlays of taxpayer money, the GAO report makes a pivotal recommendation:  “Widespread network coverage can attract more users and revenue, but is expensive to construct and maintain, especially in rural areas.”

The GAO correctly notes that the challenge is to find a way to ensure coverage, even in rural or low-density areas where there is limited or no terrestrial broadband coverage. Integrating existing satellite broadband service overage—something that is available nationwide—along with vehicle-mount and flyaway kits for rapid mobility coverage solves this challenge, with no need for FirstNet to invest in or subsidize costly last-mile infrastructure projects.

FirstNet represents the new era of emergency response, allowing government agencies to plan ahead before an emergency occurs and respond quickly to manage recovery efforts. Rather than reinventing the wheel, it should embrace the GAO’s recommendations to borrow as much as possible from industry partners to gain the most from valuable lessons learned.

In the end, this approach will benefit everyone and lead to a more comprehensive and cost-effective network solution.