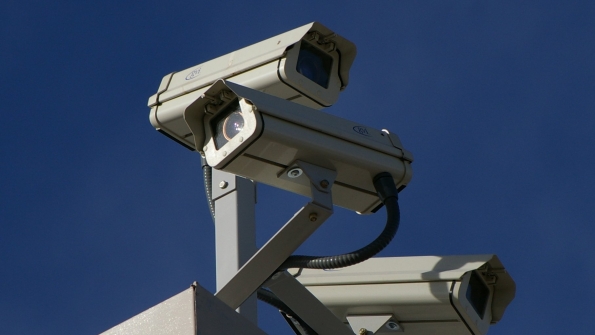 Video surveillance effective as a proactive policing tool, if deployed with analytics and monitoring in mind

Public-safety agencies are incorporating video surveillance and other data streams as crime-fighting tools as they become more apt to use technology versus manpower, but those intelligence streams require analytics and proper management to be of use.

Video surveillance is increasingly becoming a principal crime-fighting tool for public-safety agencies across the country, but without proper planning, monitoring and management of video footage, the risks and costs can outweigh the benefits, says Steve Lasky, editorial director of Cyngus Security Media.

Numerous municipalities are deploying video-surveillance systems as a form of “proactive policing,” and are using the footage to gather analytic data and create incident reports, said Lasky, whose company produces SecurityInfoWatch.Com and two events, Secured Cities and Secured Campuses. Video assets are intended to allow for some predictive data and reduce the number of officers needed for community policing. However, the challenge for most agencies is adequately monitoring data from video and other intelligence streams.

“We’re seeing that video is playing a bigger role in public safety today, moreso than ever before with so many incidents we’re having like in Ferguson and Philadelphia,” Lasky said. “You’re getting massive levels of data that are coming in from social media, from mobile, from digital—the deluge of all this potentially relevant information is kind of overwhelming for those in the law-enforcement and government sectors.”

Understanding and gleaning relevant information from the video streams can be assisted through physical security information management (PSIM), Lasky said. The software provides a platform that integrates all streams of security data into a comprehensive user interface.

“The charge is now you have to be able to take the numerous data feeds—everything from video-surveillance streams, analytics, social media monitoring, event management and incoming 911 calls—and try to make sense of it.

“You can have all the data in the world, but if you can’t interpret and act on it, it’s just useless,” Lasky said.

“This (PSIM) monitors all these various sources of data. It allows them to put together analytic data and incident-management reports they can share—not only in their agencies, but with other agencies in the city and county—so everybody’s on the same page when things occur.”

PSIM software, like video surveillance alone, can be invaluable to the large public-safety agencies that deploy it, but it requires that agencies invest time and resources into developing a strict system of management operations and best practices for those responsible for the systems in command centers. Inevitably, depending solely on the technology leaves public-safety agencies at risk of data without context or—worse—cybersecurity breaches.

“You look at cities like Atlanta, Chicago or New York with tens of thousands of camera placements thoughout the city, and every one of these cameras is a potential risk  [vantage point] for security, where someone can get into the camera itself and hack into the network, if it’s not properly managed,” Lasky said. “There are a lot of policies and procedures that are now in place that not only protect assets that are physical, but also the network assets.”

During the Secured Cities event on Nov. 10-12 in Houston, several sessions will be conducted on these topics of enterprise risk management relating to adequately using and managing data streams and videos, Lasky said.