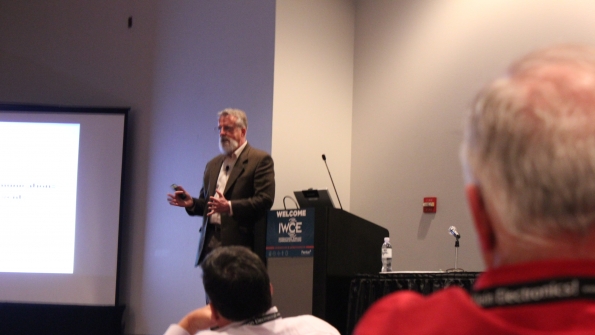 Before an event, the effort to make communications between public safety agencies interoperable takes careful planning.

LAS VEGAS—When multiple public-safety agencies prepare for planned events—from a parade to the Super Bowl—communications interoperability becomes crucial. To ensure that events run smoothly and public servants are able to respond to incidents efficiently, careful preparations must be taken far in advance.

According to the Department of Homeland Security, communications interoperability refers to the ability of emergency response agencies to talk across disciplines and jurisdictions via radio communications systems, exchanging voice and/or data with one another on demand, in real time, when needed and as authorized.”

Robert Sisley, COML (I) and COMT for the Yavapai County Sheriff’s Office and retired Sergeant of the Miami-Date Police Department, said that there are five types of incidents, ranging from the most simple, involving one or two single resources with up to six personnel, to the most complex, which require national resources and goes on for multiple operations periods. Each will require some level of interoperability to run smoothly, as well as the foresight to make this interoperability happen.

Before the event occurs, regardless of its type, several elements must be considered in order to clear the way for interoperable communications.

First, the agency must know its own inventory, and more importantly, the equipment’s capabilities.

“Capabilities are important,” Sisley said during a workshop at IWCE 2016. “Sometimes you’ll get an incident commander that doesn’t know what the range [of their radio equipment] is, they don’t know who else is on their system – who’s not on their system.”

As an extension of that idea, it is also important to be familiar with the radio systems and resources of other agencies in the area, as well as learning the functions and roles of specialized unites in order to anticipate their communications needs, according Sisley.

It’s also important to establish the organization structure of the communication committee early and to keep the committee down to a manageable size. Making personal contact with the heads of these operational committees to discuss their needs will help reduce the number of last-minute surprises.

Below is an example organizational structure for a large-scale event:

But this might not be the case. It’s important not to wait until it’s too late to find this out.

“Don’t wait for them to come to you; go to them,” Sisley said. “Go to the heads of the different operational units and talk to them.”

However, even with the most meticulous planning, unforeseen circumstances are sure to arise. If leaders can anticipate what these-last minute request could be and build the ability for adjustment into the plan, the less scrambling there will be during the event.

Once an event has reached its conclusion, the work isn’t over. First, agencies must be sure to return all loaner equipment and collect the equipment it has loaned to other entities. Sisley said agencies should to ensure all equipment is returned in a serviceable condition as quickly as possible.

Second, all gateway patches must be deactivated and radio systems need to be returned to their pre-event status. Sisley recommended that agencies announce across the network as to when these deactivations and disconnections will take place.

Finally, Sisley said to conduct a post-event committee meeting—or “hot wash”—to discuss the event, prepare an after-action report, and get ready to conduct employee evaluations as they are needed.

“On the site, talk about what went wrong or what didn’t go well,” he said. “Take some notes.”

It’s particularly important to document the weaknesses in the system to justify making improvements in the future, Sisley saidHow.