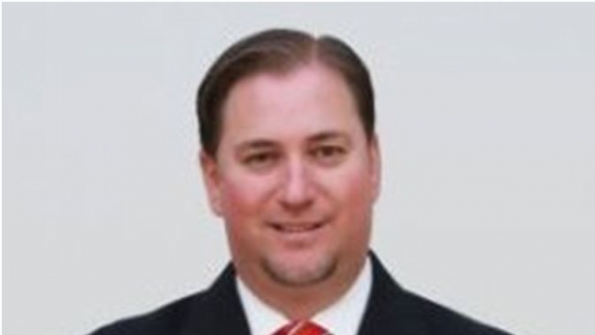 Body-worn cameras on police officers promise many benefits, but developing a secure, fast method to upload the video content is critical to the technology being used to its full potential.

Officers, jurisdictions, and even ordinary citizens are warming to the idea of police body wear cameras (BWCs). These cameras are worn by officers to record encounters with citizens—law-abiding and otherwise—providing a clearer view of what happened, and why, during an encounter.

For video to be useful as an official record or even as evidence, it must be transmitted and stored in a manner that will ensure that it cannot be tampered with. Unlike with other evidence, video needs to pass through a network infrastructure in order to move from the field to a secure storage area—and there is no reason to assume that the networks that police use are any safer from hackers than the networks banks, government, and ordinary citizens use.

Fortunately, there are ways for police departments to protect video and keep it intact as part of a chain of evidence—instead of just useless footage, even if it tells an accurate account of the incident. That, of course, would entail uploading video in its “freshest” form—as close to the time of the incident and as close to the field, as possible. For that, you need an advanced public-safety network infrastructure, including high-capacity access and backhaul that officers can use to ensure that video is delivered to a secure server as quickly as possible.

Currently, about one-third of American police forces use BWCs, but much of that growth has occurred in just the past year and much more is expected. This growth of camera use is already having a major impact on the way police work is being done. While some are concerned over what they believe will be a greater potential for invasion of privacy as police can more easily record offenses, studies that have been conducted so far show that police are actually more reticent and thoughtful in encounters with citizens, knowing that they, too, are being watched.

For video to be useful to police, it has to be treated like any other evidence, which means it has to be “locked down” in a way that will prevent tampering. Physical evidence is put into a bag or box that gets sealed and is only examined according to accepted anti-tampering protocols. As long as the seal is intact and the evidence has been transported securely, authorities (especially the courts) accept police contentions that it has not been tampered with.

The parallel process for locking down video would involve something like recording on tape or CD/DVD, and physically transporting the footage to the station, where it could be bonded and locked down. The few police departments that were using video back in the days of tape and CD/DVD did exactly that.  But, even if an officer activates his/her BWC for only 60-90 minutes a day—the current average—the sheer volume to be stored locally becomes unmanageable, especially as projected figures estimate growing to over 1GB of traffic per device per shift.

Once the video has been recorded, the question arises of what to do with it. The answer, of course, is to store it in the cloud, that seemingly endless and vast repository of everything from banking information to social media photos to the video recorded by BWCs. In order to get the video to the cloud, a secure network must be in place where officers can upload their footage.

Public Wi-Fi and unencrypted carrier networks are not an option; they're easily hackable. Even if they are not hacked on a regular basis (although some are), they are not secure enough to be considered “bonded” in a way that courts requiring evidence and commissions conducting investigations would accept. One option is for officers to drive to the station and use the police department's (hopefully) more secure network, secured by strong encryption and the like, and upload from there.

But is that a good solution? With dozens of officers coming into their precinct or station throughout the day to offload their video, it will put a tremendous strain on the network. The large amount of encrypted data being pushed likely will slow things down considerably for everyone. Ideally, departments would like officers to be able to upload images from the field. BWCs under development even would allow for real-time streaming, which would put an even greater strain on networks.

In the future, with the deployment of FirstNet—the government-sponsored private, mission-critical network, there promises to be a secure connection for police and first responders from almost anywhere. Until then, however, departments can utilize backhaul solutions that will allow them to connect to secure networks. Backhaul equipment strategically placed on buildings or structures owned by the jurisdiction or affiliated parties could allow officers to connect without having to drive back to the station to access a network, instead uploading via a secure network while they are still in their vehicles.

Secure uploading is just one challenge that BWCs present; there is the issue of storage—where, how long to store, and what techniques should be used to preserve footage in a remote data center, especially if it is used as evidence.

New technologies can help officers and departments improve their ability to gather information, enhance their work with the public, and enable them to work more efficiently, but these technologies present challenges that departments never had to consider before. Departments are going to have to become familiar with a lot of new technology concepts in the coming year; but in the end, both officers and the public will benefit.