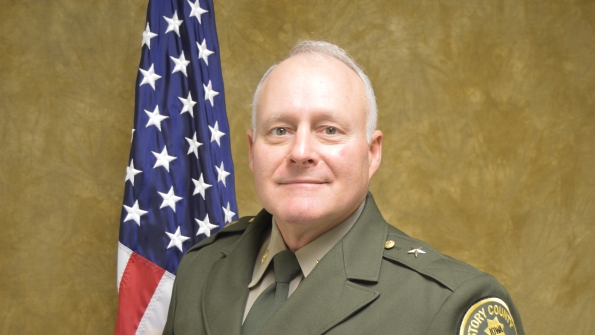 Former board member Paul Fitzgerald on FirstNet-AT&T deal: ‘I like what I see and hear’

Paul Fitzgerald—the longtime sheriff of Story County, Iowa, and an outspoken member of the original FirstNet board in 2012—expresses support for the 25-year public-safety broadband agreement between FirstNet and AT&T.

Like many of my colleagues in public safety, I read with great interest the announcement on March 30, 2017, wherein FirstNet and AT&T have signed a 25-year contract for the construction and operation of a nationwide public-safety broadband network (NPSBN). Unlike many of these officials, I had a direct and personal role in the process that let to this result. Mine was a rough ride, which caused me to scrutinize this milestone relationship and the means by which it was achieved.

I served as one of 15 initial members of the FirstNet board and felt compelled in 2013 to bring to public attention the deficiencies I saw in the way the board was conducting its mission. This is neither the time nor the place to rehash those observations or to tarnish the prospects of the new alliance between FirstNet and AT&T. In fact, I would much prefer to use this occasion to urge my fellow public-safety officials to look past the convoluted history that has brought us to this juncture, to ignore the inevitable naysayers, and to cheer a solid accomplishment that gets us closer to the much needed nationwide public-safety broadband network.

This network means a great deal to me. I sought to facilitate a nationwide broadband network for public safety long before Congress passed the legislation to create and fund FirstNet in 2012. In fact, the FCC appointed me in 2007 to serve on the board of the Public Safety Spectrum Trust (PSST), which was a public-safety broadband licensee with very similar goals to FirstNet. I am a tough critic of the elements necessary to support changes in which public safety goes about its business of protecting life and property. I have followed the process closely, and I am happy to say I like what I see and hear.

The best dedicated spectrum will be deployed on the first truly global technology hosted on a commercial network that is arguably the strongest in the world. Getting all of this, plus priority access for first responders when they need communications most—not bad for public safety, which has struggled over the decades just to keep up. But the challenge of making it work will fall on us all.  I enthusiastically pledge to do my part.

What happens next is each state and territory will receive an initial coverage plan proposed by FirstNet, based on a design by AT&T. I do not have to be much of a prognosticator to predict that a majority of the disappointments will arise as coverage reality meets economic reality; even with the generous federal subsidy of $6.5 billion and free spectrum, not every rural area will get covered. We can assume a lot of creativity will be expended to address rural coverage, but the harsh reality is that no network will ever achieve full coverage. I am from Iowa and have firsthand experience with the challenges of covering sparsely populated areas. I urge my colleagues to take an extended view and realize that FirstNet will be on the forefront for at least the next 25 years working with AT&T to expand and enhance coverage for all first responders.

What I know personally about the current staff of FirstNet is largely by inference from the impressive process they have just completed and from the good things I hear from my friends. This is enough for me to feel optimism and relief that experienced, knowledgeable people have our best interests at heart. Unquestionably, this is not a beginning—in fact, it has taken a decade to get to this point—and we have a long journey to the end; however, the March 30th deal represents an invigorating milestone I am happy to embrace.

Paul H. Fitzgerald is the sheriff of Story County, Iowa, and was appointed to the original FirstNet board in 2012.