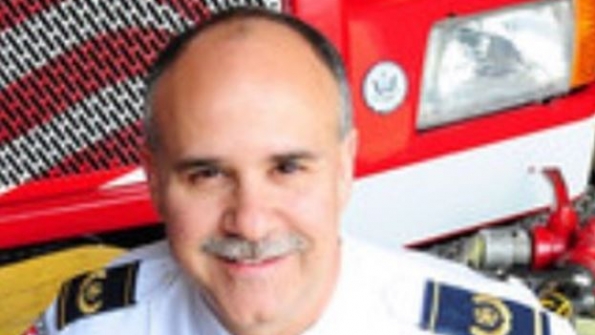 As states and territories make their "opt-in/opt-out" decisions regarding FirstNet, here are three key areas that should be considered.

Over a decade has passed since the 9/11 Commission’s recommendations addressing first responder communications and interoperability. Thanks to the countless hours and dedicated efforts of many, the public-safety community stands today on the cusp of a nationwide, dedicated public-safety network. The spectrum is in place, Congressional funding secured, and an independent FirstNet board, management and designated network operator have provided each state a plan for deployment of an interoperable broadband network for first responders.

It is actually not an overstatement to say this may be an once-in-a-lifetime opportunity for public safety to dramatically improve the tools they have to protect the public. So, the opportunity side of the FirstNet network deployment is both unquestionable and appreciated by each state’s public-safety leaders.

But we must also deal seriously with the challenge side of the equation. FirstNet’s network focus from the very beginning has been on high-speed wireless data. Some first-responder organizations have felt, with significant justification, that several mission-critical capabilities, such as voice and enhanced location have not received the same attention. Yet those capabilities often have as great—or greater—benefit to first responders in fulfilling their missions.

In my career, I have served as both a firefighter and a chief, and the equally urgent need for mission-critical data, voice and location is a subject we all agree upon. We in the fire service also agree—as do police, EMS and other public-safety professionals—that, while major metropolitan areas have different needs than small cities and rural areas, a truly interoperable, nationwide network must plan for the needs of all citizens. With these facts in mind, here are my recommendations to address the three key FirstNet challenges each state must assess:

Coverage: FirstNet’s network deployment approach for major markets in each state is impressive and consistent with expectations. While AT&T, FirstNet’s chosen network partner, has many recognized strengths and capabilities, rural and small market network coverage does not stand out among those strengths.

The fact that AT&T is also making available network capacity on all of its existing LTE bands (ahead of LTE deployment on FirstNet’s 700 MHz Band 14 spectrum) partially addresses this concern, but AT&T also should use this opportunity to bolster its overall LTE network coverage. Understandably, network costs and economic realities have long dictated that new technologies appear later in less-populated markets than in urban ones. The key challenge for FirstNet and each state is to ensure that “later” does not become “never.”

Mission-critical voice: There are known technical challenges in providing mission-critical-voice services over an LTE data network, and no first responder should even consider to abandon existing and trusted voice alternatives until the new technology has been deployed, tested, proven and deemed trustworthy.

The fact that this capability cannot be provided today, however, does not diminish its importance or the criticality of ensuring its availability as soon as technically possible. It is not only the burden of needing multiple devices (one for voice, one for data) that demands this issue be addressed, but each State’s economic burden as well, with the desire for new FirstNet data capabilities tempered by the ongoing need to maintain extensive separate voice networks across the same coverage area.

The fastest way to ensure mass adoption of new FirstNet service options (data and voice) is to facilitate savings elsewhere in the system. FirstNet’s RFP includes a March 2019 milestone for the mission-critical-push-to-talk (MCPTT) technical capability to be implemented in its network, but final state plans also should include specific, intermediate milestones for technology development, testing and validation, along with committed resources and actions to achieve those milestones.

Mission-critical, enhanced location (with z-axis, vertical capabilities): Unlike mission-critical voice, enhanced location is a more near-term reality, with known technologies capable of rolling out during the same timeframe as the base FirstNet LTE deployment. These capabilities, including 3D geolocation, situational awareness, and incident management command and control, would be of extraordinary value to first responders, both in finding an emergency caller, by floor, in a high-rise building as well as in protecting their own safety in the event they become disabled or endangered.

The FirstNet board has stated that the contract requires that this capability be available by March 2022, but board members and staff have emphasized the need to implement it sooner, if the technology is ready. In fact, the latest FirstNet roadmap calls for "updated FirstNet location-based services" to be implemented in the network by June 2019, which is a much better timeline for public safety to receive this critical functionality.

While three-dimensional (3D) geolocation with vertical capability is obviously more critical in large urban markets, final state plans should include deployment timeframes and coverage for each state’s key markets with high-rise building concentrations.

Virginia became the first state in the nation to “opt-in” and accept FirstNet’s deployment plan. There are enormous advantages to collaborating as part of the nationwide FirstNet initiative. While Virginia has exercised its “opt-in” right, AT&T and FirstNet are encouraged to responsibly address the three issues noted above within the state. And, of course, any alternative proposal being considered by a potential “opt-out” state would need to address these issues, as well. The plans and deployment commitments made today will establish the public-safety technology path for the next 25 years. We simply cannot get this wrong.

FirstNet clearly does represent a once-in-a-lifetime opportunity to move first-responder communications into the future. The opportunity is clear, but success will depend on the cooperative efforts of FirstNet, AT&T and each state in addressing the known challenges, as well. We in the first-responder community are ready for that task, and we are ready for this opportunity to become reality across our nation, for citizens and first responders alike.