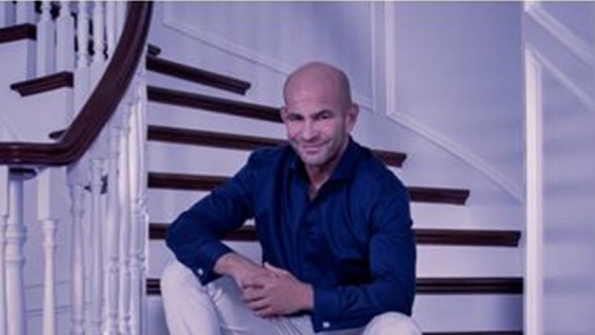 Why drones will take the spotlight in emergency response

Drones already are being used to survey damaged areas, and it's just a matter of time before they are used as actual rescue vehicles that can deliver much-needed supplies to people in hard-to-reach locations.

With Hurricanes Harvey, Irma and Maria striking the U.S., 2017 is likely to go down as a banner year for Atlantic storms, and for ways that rescue organizations and government officials deal with them. For the first time, drones have taken the spotlight as a method to survey damage and compensate victims. And it's just a matter of time before they are used as actual rescue vehicles to provide assistance—whether food or medical—to victims in areas that rescue officials have a hard time accessing.

Ground zero for the emergence of drones has been Puerto Rico, devastated by Hurricane Maria. More than a month after the storm's passing, much of the island was still without power, phone service, proper water and sewage, and other basic services. The scandal involving a no-bid contract given to a Montana company for restoration of electricity certainly hasn't helped either. And organizations and groups that have tried to help have complained of the bureaucracy involved in trying to get things done.

But those limitations have actually enhanced the role of drones in saving Puerto Rico. Soon after the storm, New York State dispatched aid—bottled water, ready to eat meals, flashlights, as well as generators—to Puerto Rico. The state also sent several drones to the island to, among other things:

According to the office of New York State Governor Andrew M. Cuomo, the drones were also previously deployed in Texas and Florida, to help with the cleanup of Hurricanes Harvey and Irma, respectively.

It's not just governments that have discovered drones. Insurance companies have begun using them for close-up views of damaged areas. In Texas, at least three firms—USAA, Farmers Insurance, and Allstate—used drones to assess damages and help adjusters determine claims from Hurricane Harvey, dispatching them within hours of the weather clearing up. Drones were sent across affected areas, efficiently taking images and video of damaged buildings, farms, businesses, and other entities that people are going to need insurance money to rebuild.

In Florida, the Air National Guard used drones normally tasked for combat operations to perform aerial surveys, assessing disaster-stricken areas quickly and enabling officials to decide which areas were the most in need of assistance. And Airbus Aerial—the commercial drone services division of Airbus—utilized images, observation information from manned aircraft, and data from satellites to help insurance companies process claims in Florida.

The success of drones in these contexts has given policymakers some new ideas and incentives to further expand the use of drones. New York State just implemented a new $30 million upstate 50-mile flight traffic management system that will allow companies to experiment with drone package deliveries. Using radar and ground-based sensors, the drones will fly in a mostly rural area, as companies see how drones will perform in real-life situations, flying beyond the “line of sight” of pilots—unlike the current situation, in which the Federal Aviation Authority (FAA) normally requires that a drone be within view of its pilot at all times.

One exception to that rule is when drones are sent into disaster areas to assess damage, as happened in the hurricane-stricken areas. But the State of New York has asked: Why not use drones for other purposes, as well—and, if they can be used successfully to deliver packages, why not use them for lifesaving purposes in disaster zones, where they are being used beyond line of sight anyway?

To prove that that is a viable possibility, a group of researchers from Johns Hopkins University earlier this year transported blood samples via drones across the Arizona desert, comparing them to test samples stored in proper facilities on the ground. The airborne samples were flown for 3 hours (traveling 258 kilometers) in a custom active cooling box mounted on the drone, before 19 comparative tests of the samples were conducted.

The results: The drones performed just fine, with the samples preserving their components (although they ended up measuring a bit cooler than the stored samples). The group's conclusion: “Long drone flights of biological samples are feasible but require stringent environmental controls to ensure consistent results.” In the same way, drones could be used to deliver medicines, food and water, as well as life-saving equipment.

It's already beginning to happen. A San Francisco-based company called Zipline has begun delivering medical supplies in Rwanda, and will begin working in Tanzania next year as well. In Rwanda, the Zipline drones are used to deliver—among other things—blood products to 21 transfusing facilities.

“Hospitals used to take multiple hours to pick up blood at a regional center. Now blood is delivered directly to the facility in less than 30 minutes,” according to the company. “Ultimately, Rwanda’s vision is to put all 12 million citizens within 30 minutes of any essential medical products.”

“Millions of people across the world die each year, because they can’t get the medicine they need when they need it,” Zipline CEO Keller Rinaudo said. “It’s a problem in both developed and developing countries. But it’s a problem we can help solve with on-demand drone delivery. And African nations are showing the world how it’s done.”

That makes sense; Africa is probably where the need is greatest. But the same principles can apply anywhere—and it's just a matter of time before drones fly the skies over the United States on missions of mercy.

Louis Ziskin is CEO and founder of DropIn, Inc., an on-demand live video platform catering at launch to the insurance and automotive industries.