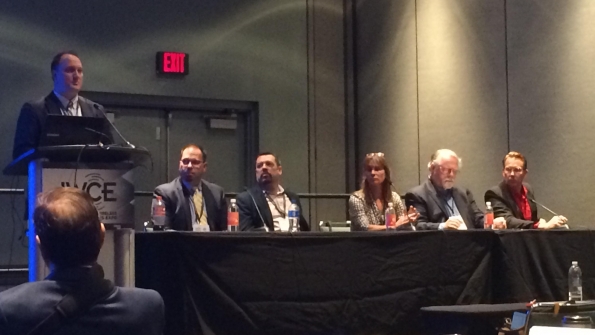 The free and open flow of municipal data will increase municipal efficiencies, according to Jason Nelson, executive director of the Smart Cities Council.

Municipal efficiency is a concept that is only going to become more important as populations boom and residents compete for resources. Nelson said there are currently approximately 7.5 billion people on earth, and experts estimate that by 2050 that figure will be approaching 9.7 billion.

This growth is coming at a time when urban infrastructure is sorely lacking, according to Nelson. In the U.S. alone, there are significant structural deficiencies in our roads, bridges and water systems. About three quarters of our infrastructure will need to be replaced or renovated by 2030. The good news is that, for the most part, communities are responding to these challenges by thinking smarter, Nelson said.

By breaking down silos of information, cities can respond to infrastructure inadequacies and the challenges of booming populations in a proactive, holistic way, Nelson said. In the city of Dubai, its Happiness for Less initiative has created citizen services around a single unified app. Everything from public safety to public works to health care to traffic management—all services that the city offers—are available on a single app making for a seamless user experience.

Boston also is working to break down barriers to their information by opening up their data and making everything transparent, Nelson said. This enables residents to pull back the veil to see how their city is operating and even affords them the opportunity to develop tools to improve municipal efficiencies.

In general, there are numerous benefits to becoming smarter, including improvements in livability, workability and sustainability, according to Nelson.

“The cities that are embracing smart-city concepts will see the results of improved economic development, they’re going to have more connected citizens with better lifestyles, and they’ll certainly be more efficient with city services,” Nelson said.

There are four aspects of smart solutions, Nelson said. It starts with collecting data, communicating that data over defined geographic areas, computing that data in meaningful ways and using the data to control decisions. We’re moving towards a world, where these decisions will be informed and optimized by data in real time, he said.

Ultimately, becoming a smart city isn’t a destination, it's a journey.

“No one will ever be able to say, ‘my city is now smart, we’ve reached the end of the road.’” Nelson says. “It’s a [continuing] journey."