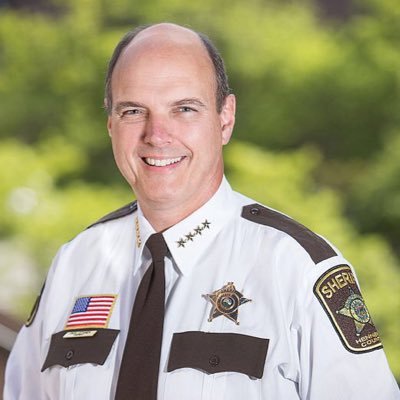 Richard Stanek named as vice chair of FirstNet board

FirstNet board Chair Ed Horowitz named Stanek to succeed Jeff Johnson, who completed his four-year term as vice chair before announcing his resignation from the FirstNet board last month. A 35-year veteran of law enforcement, Stanek is the sheriff of Hennepin County, Minn., and has been member of the FirstNet board since 2014.

“Having a public-safety leader like Sheriff Stanek in the Vice Chair role is valuable to the board, to the FirstNet organization, and to the public-safety community as we work to implement the network,” Horowitz said in a prepared statement. “We have worked closely together on the board over the last three years and look forward to continuing to drive FirstNet forward for public safety.”

“Richard Stanek has been a dedicated and essential member of the FirstNet Board, and he is a terrific choice to serve as Vice Chair,” Redl said in a prepared statement. “Sheriff Stanek’s extensive public-safety experience will bring a valuable first-responder perspective to the board’s leadership.”

Stanek’s appointment means that the FirstNet vice chair is filled for a second consecutive time by a board member with a public-safety background, although Johnson’s experience has been in the fire service. Stanek was reappointed to a second three-year term on the FirstNet board in January.

“It is a great honor to be named Vice Chair of the FirstNet board,” Stanek said in a prepared statement. “I am extremely proud of the work that we have done for public safety, and I am excited about what the future holds for FirstNet.  I look forward to working with Ed and the board and the dedicated FirstNet team as we continue to engage with and innovate for the nation’s first responders.”

In addition to serving as sheriff and as a FirstNet board member, Stanek is vice president of the National Sheriffs’ Association (NSA), chair of the NSA Homeland Security Committee, and is Vice President-Homeland Security for the Major County Sheriffs of America.

“The National Sheriffs’ Association is pleased that Sheriff Stanek has been named Vice Chairman of the FirstNet Board,” Layton said in a prepared statement. “Our nation’s sheriffs have been at the forefront of the effort to create the only nationwide network dedicated to first responders, and we are pleased that a sheriff has been asked to help lead the organization responsible for delivering that network. Sheriff Stanek has been a leader on law-enforcement communications, and we know the FirstNet board and all of public safety will benefit from his expertise.”

In addition, the FirstNet Authority will need to replace CEO Michael Poth, who recently announced that he will leave the post at the end of this month to pursue private-sector opportunities.