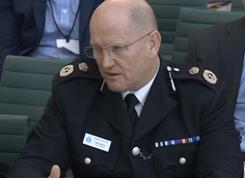 Motorola Solutions will be paid 1.1 billion pounds ($1.45 billion) to extend the life of Airwave—the TETRA system that provide mission-critical voice services to first responders in United Kingdom (UK)—for an additional three years under a new proposed agreement, according to an official with the UK Home Office.

“Of course, there is a cost associated with extending Airwave,” Rutnam said during the hearing. “I would put that cost at about 1.1 billion pounds associated with the three year, going to the end of 2022 … So, the program as a whole—running Airwave for longer—will cost more [than originally projected].”

Home Office officials initially planned that the broadband network would be completed by now and providing mission-critical voice services, which would allow for the Airwave system to be retired when the current contract expires at the end of next year. But ESMCP services will not begin to be offered until next year and will not be completed until at least the fall of 2020, so the Airwave extension is needed to ensure that public safety can transition to the ESMCP only when it is comfortable with the broadband system, Rutnam said.

This three-year Airwave extension was announced last month, but no financial terms were associated with the “Head of Terms” agreement—a fact that Committee Chair Meg Hillier described as “unbelievable” during her opening remarks for the hearing. Although contracts are with Motorola Solutions and EE are not in place today, Rutnam said that he is “reasonably confident” they will be done by the end of the year.

Not only will the Airwave extension cost the UK Home Office an extra 1.1 billion pounds, but it also means that many UK first-responder agencies will have to purchase new TETRA handsets that Hillier said are about twice the price of the LTE devices that would be used with the ESMCP. Rutnam indicated that the Home Office would not provide any funding to local public-safety agencies to address these added costs.

“It is a matter for the emergency services,” Rutnam said. “We recognize that this program has got to be very closely coordinated with them. Yes, there are costs associated with the acquisition of handsets, whether it be for Airwave or the new solution. There will also be costs in control centers which need to be adapted.

“We’ll be working closely with them. We will not be paying for the cost of the handsets. There are costs to this program which will fall to local emergency services. But, as we all know … implementation of this program will allow us to get off of the Airwave solution and to save on the order of 200 million pounds per year and to have a much better solution, which is lower costs and higher capabilities.”

In addition to the money Motorola Solutions will receive for extending the life of the Airwave network, the U.S.-based based company will be eligible for “incentive” payments for reaching certain software-and-services deployment milestones in the rollout of the ESMCP. EE—the commercial network provider contracted to deploy the infrastructure for the ESMCP—also has a set of incentive payments it can earn. Rutnam declined to disclose any details about the potential incentive payments to Motorola Solutions and EE.

Committee members expressed concern about the much-delayed ESMCP, which initially was supposed to generate significant annual cost savings beginning in 2020. Rutnam said that the long-term promise remains the case—noting that the ESMCP remains the best long-term strategic direction—but those savings will be delayed until British first responders have transitioned completely to the ESMCP, so the Airwave system can be retired.

Rutnam repeatedly emphasized that, even with delays and costs overruns, the revised ESMCP continues to represent a better value than the practical alternative, which would call for UK first responders to continue to use the Airwave system indefinitely at a cost of more than 1 million pounds per day.

“I would much rather avoid [paying for the Airwave extension], but it is still—in my judgment—better to proceed with this program … than not to do it,” Rutnam said.

Meanwhile, the Home Office will need to secure additional funding to pay to complete the ESMCP implementation and maintain the Airwave system for years. Hillier questioned whether that would be wise.

“I were the Treasury, I might be asking how this was managed and whether … the Home Office deserves the extra money,” Hillier said.

Rutnam said that the ESMCP has made “good, practical progress” during the past year, when the Home Office decided to extend the deployment timeline and allow first-responder agencies to adopt broadband services at their own pace instead of mandating a change at a specific date.

“We have changed the way in which the program is working, so that we will starting to be introduce practical products which provide real benefits and real information much more quickly,” Rutnam said. ESMCP voice and data services are scheduled to be introduced next year.

But representatives of local public-safety agencies in the UK expressed concern about ever being able to rely on the ESMCP system to the point that the Airwave system could be retired. Michael Barton, chief constable for the Dunham Constabulary, said that mission-critical voice communications are “not to be toyed with” and expressed doubt that the ESMCP ever will be able to serve as a substitute for the Airwave system. He also questioned whether the “pick and choose” or “pick and mix” transition plan is practical.

“I’ll tell you what officers will say: ‘I’m not carrying two handsets,’” Barton said. “I don’t even know what the ‘pick and mix.’ None of us know what we’re talking about, because it hasn’t actually been designed,”

Barton said his agency is purchasing new Airwave TETRA equipment, noting that “I’m not confident that we’re going to get anything to replace [the Airwave service].”