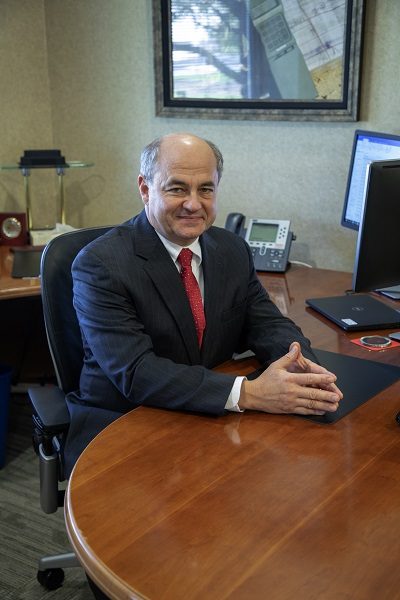 Harris this week announced plans to merge with L3 Communications in a deal that would create a massive defense company and bolster the Harris public-safety and professional communications (PSPC) unit, according to Dana Mehnert, president of Harris Communications Systems.

“This is a transformative merger that bring the combined enterprise to a whole different scale,” Mehnert said during an interview with IWCE’s Urgent Communications. “I think it’s a great combination of the two companies that will benefit all of our customers, whether they are in defense, public safety or professional communications.”

Touted as a “merger of equals,” the proposed deal is targeted for completion in mid-2019 after normal shareholder and regulatory reviews, according to a joint press release from the companies. The new company would be known as L3 Harris Technologies and would be expected to generate $16 billion in annual revenues and $1.9 billion in free cash flow during its first year.

Mehnert said the merger will give the L3 Harris Technologies significant presence in several key geographic locations, as well as significant personnel assets, as the combined will boast more than 48,000 employees.

“[Key benefits to the Harris public-safety business are] really the scale, the employee heft, the technical base and the all-important geographic and political base that allows us to now be a big player in places like Texas, California and Utah, where Harris didn’t have a presence before or only had a small presence,” he said.

L3 Communications’ existing business has little or no overlap with the Harris communications unit, Mehnert said.

“It’s very complementary,” Mehnert said. “They’re primarily focused on aerospace, defense and intel. They’ve got some security businesses that are more aviation-focused—when you walk through the scanner in the airport, it’s an L3 scanner.”

Mehnert said he is excited about the potential innovation that could come from L3 Harris Technologies, which would boast significant engineering resources.

“We’ll have 22,500 engineers now to apply to the areas that we think are most important,” Mehnert said. “We will continue to invest above the industry standards in technology development.

“There are some [existing L3 Communications] technologies that I think are interesting and applicable to the public-safety area. In particular, they do some cutting-edge intelligence software and video-communications applications—database-management and command-and-control applications—that right now are focused in the intel and defense communities, but I think we can repurpose some of those, so they would be suitable in the public-safety world.”

Harris officials continued to be pleased with the company’s close relationship with Tait, which “is not impacted at all” by the L3 merger announcement, according to Mehnert.

“Combining our complementary franchises and extensive technology portfolios will enable us to accelerate innovation to better serve our customers, deliver significant operating synergies and produce strong free cash flow, which we will deploy to drive shareholder value,” Brown said in a prepared statement.

“Integration planning is already underway, and from our extensive experience with integration, we are confident in our ability to realize $500 million of annual gross cost synergies and $3 billion of free cash flow by year 3.”

“This merger creates greater benefits and growth opportunities than either company could have achieved alone,” Kubasik said in a prepared statement. “The companies were on similar growth trajectories, and this combination accelerates the journey to becoming a more agile, integrated and innovative non-traditional 6th Prime [defense contractor] focused on investing in important, next-generation technologies.

“L3 Harris Technologies will possess a wealth of technologies and a talented and engaged workforce. By unleashing this potential, we will strengthen our core franchises, expand into new and adjacent markets and enhance our global presence.”