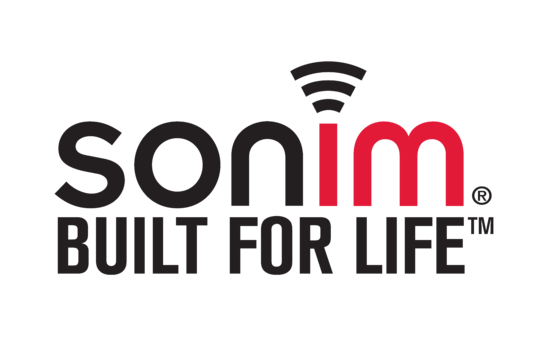 A Sonim Technologies accessory designed to address key direct-mode and interoperability questions surrounding broadband push-to-talk technology will support communications with a P25, NXDN or DMR system in a single device, and a separate version of the offering will be designed to interoperate with TETRA networks.

First demonstrated during the IWCE 2018 event in March, the SLED is designed to attach to a Sonim XP8 rugged LTE smartphone, resulting in an LMR-like form factor and allowing the user to take advantage of high-powered LMR direct-mode communications when a broadband network is not available to support push-to-talk over cellular (PoC) or mission-critical-push-to-talk (MCPTT) services.

Such technology is needed, because the current 3GPP standard for direct-mode communications—known as proximity services (ProSe)—faces numerous technical challenges when trying to deliver range that is comparable to an LMR device that transmits with as much as 5 watts of power with an external antenna, Escalle said.

“I’m not a big fan of ProSe,” Escalle said during a session at the Wireless Leadership Summit. “[LTE smartphone’s standard output power of] 250 milliwatts is not a whole lot. The coverage is absolutely horrible, when you think about 250 milliwatts with an enclosed antenna—it’s just not there.”

One way Sonim is addressing this problem is with the SLED. Initially announced with only P25 support, the SLED also will be able to support DMR, NXDN and TETRA communications, Escalle said.

“[The LMR protocols] would be conventional or trunking,” Escalle said during the session. “You can do direct mode or work on your trunking system, so you can use existing narrowband assets for that. That’s how we’re addressing direct mode well beyond the capabilities of pro se on the standards side.”

During a subsequent interview with IWCE’s Urgent Communications, Escalle clarified that the P25/DMR/NXDN support would be in one version of the SLED and that users could only leverage one LMR mode at a time with a standalone SLED. TETRA support will be available with a separate version of the SLED, he said.

Sonim officials hope that the SLED will be commercially available by April or Mary, after testing of the device with carriers is completed, Escalle said.

As a complete package, the Sonim XP8 and SLED would carry a retail for less than $1,400, according to Escalle. However, that cost is almost halved by carrier subsidies for the XP8 rugged LTE device,

“Most of the carriers subsidize, obviously,” Escalle said during the Wireless Leadership Summit session. “Our device, subsidized through FirstNet or AT&T, is $99 for the device … With the SLED, it adds about another $600. So, if you had a subsidized device and a SLED, you’re looking at about a $700 price tag—not bad for a broadband, P25, direct-mode or NXDN solution.”

In addition to providing direct-mode and on-network communications with multiple types of LMR technologies, the SLED can act as a “quick-and-dirty” interoperability gateway that will support a single talk group at a time, Escalle announced during the APCO 2018 event in August.