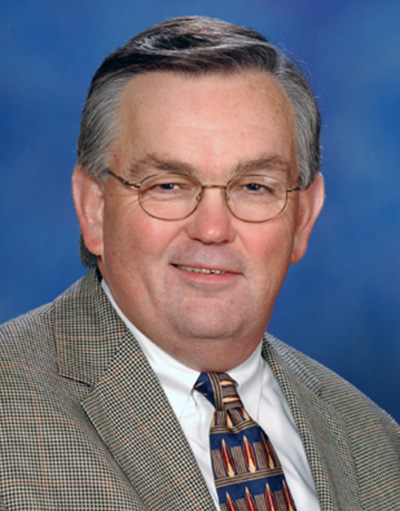 Former FirstNet Authority board member Ed Reynolds—a member of the initial FirstNet board named in 2012—died on New Year’s Day after a four-year battle with pancreatic cancer, according to his obituary and information released by the FirstNet Authority. Reynolds was 71.

“We are deeply saddened to learn of the passing of frm. FirstNet Board member Ed Reynolds, a pioneer and leader in telecom industry,” according to a FirstNet Authority tweet. “As a member of the initial Board his expertise, vision guided FirstNet on a path to success for public safety. Our condolences go out to his family.”

Reynolds worked in the commercial wireless industry for decades at companies such as Cingular Wireless and AT&T Wireless. Reynolds was inducted into the Wireless Hall of Fame in September 2018. Reynolds was President of Network Operations for Cingular when he retired in 2007, according to his obituary.

“[Reynolds’] knowledge was so critical in those early stages—his awareness of the wireless industry and the network,” former FirstNet Chair Sue Swenson said during an interview with IWCE’s Urgent Communications. “He’d been involved in technology his whole career, so you couldn’t have had a better person on the board in that early stage of development … He was critical to FirstNet’s success, and he needs to be recognized for that. We wouldn’t have had an RFP like we did without his input.

“I’m forever grateful to him for his input and his advice and counsel, because it was pretty important. And he became a good friend, besides that.”

“Talk about being loyal to the public-safety mission … [Reynolds] was one board member who never lost sight of who we’re here to serve. I admired that,” Johnson said during an interview with IWCE’s Urgent Communications. “And, above that, I enjoyed being around him and learned a tremendous amount from him.”

Although Reynolds’ obituary mentions that he served as a volunteer firefighter when he lived in New Jersey, both Swenson and Johnson said they did not have any prior knowledge of this information.

“He never mentioned it,” Johnson said.

Under Reynolds’ leadership, the FirstNet Technology Committee pushed for testing to prove that ruthless preemption—a fundamental tenet of the FirstNet system—could work at a time when the capability had not been implemented for public-safety use anywhere in the world, Johnson said.

Reynolds’ “technical insights, his business savvy and his steady hand were his three strongest attributes” to the FirstNet initiative, Johnson said.

Reynolds was among the FirstNet board members with wireless-industry experience that shared insights about corporate thinking in a manner that allowed the development of the request for proposals (RFP), Johnson said. This resulted in the RFP including “carrot and stick” language that would ensure both contractor accountability and long-term sustainability for the nationwide public-safety broadband network, he said.

“You couldn’t have done FirstNet without the public-safety board members, but we would have been foolish to try it without the industry members, because their insights were critical to making this (a) an attractive bid and (b) a bid that had both the incentives and the enforcement mechanisms,” Johnson said.

“How would a fire chief from Oregon [Johnson] know how to value spectrum in a growing, evolving spectrum marketplace? The insights were incredible.”

More information about Reynolds can be found in a blog by FirstNet Acting CEO Ed Parkinson on the FirstNet web site.