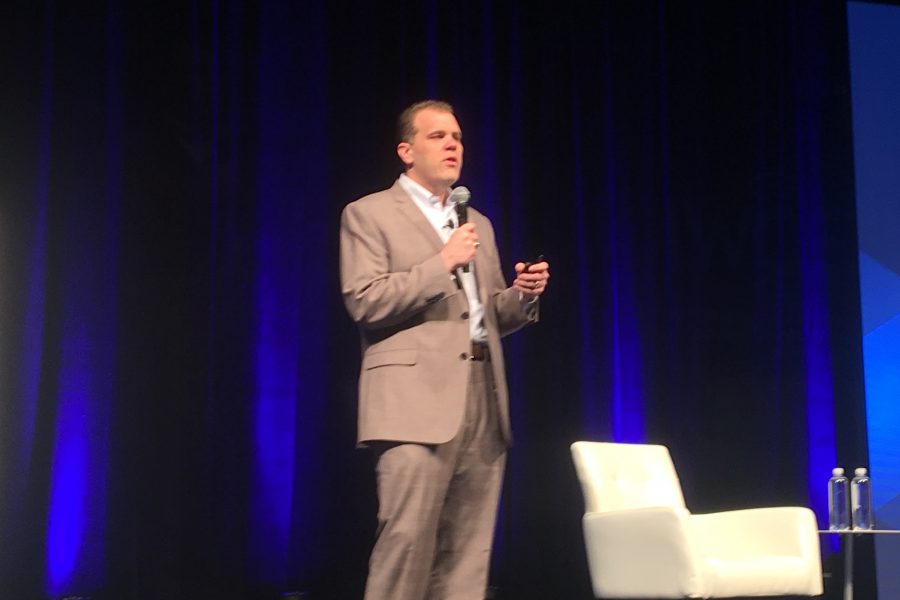 LAS VEGAS—Verizon plans to announce mission-critical-push-to-talk (MCPTT) and LTE-embedded, body-worn camera offerings this year, and the carrier is developing a 5G network that promises to rid first responders of the capacity concerns they experience today when using bandwidth-intensive applications, according to a Verizon official.

“I’m excited about mission-critical PTT,” Blair said yesterday during the opening keynote for IWCE 2019. “We’ve got our first flavors of that coming pretty soon. We’ll have stronger flavors coming this later this year with mission-critical PTT, really taking that push-to-talk application, adding additional features and making that even a stronger, end-to-end experience.”

Meanwhile, Verizon continues to develop a 5G network that typically will be able to deliver data speeds of more than 1 GB/s—even with a million devices connected within a square kilometer—and latencies of less than 10 milliseconds that can transform the way that first responders perform their jobs, Blair said.

“Today, you might think about a 4G network, you might be doing body-worn cameras, routers in the back of a trunk, and you’re thinking to yourself, ‘I have to manage my workloads. I can’t push all of that data all of the time,’” Blair said. “Maybe I’m doing it when I come into a garage or leaving the garage, and I have to manage all of that.

“How about if that all goes away [with 5G]? I don’t have to worry about that workload management. Now, I can focus my design on things that are more important—the design characteristics, and not just being limited by that workload scheduling.”

Such performance gains are not generated simply by introducing a new radio interface but by leveraging multi-access edge computing (MEC) to deliver virtualized network components, Blair said. Having so much processing capability at the edge of the network also could translate into longer battery life for first responders’ devices, he said.

“Right now, device batteries consume quite a bit of power,” Blair said. “Why is that? It’s because I have to process everything on the smartphone, on a tablet or on a laptop, and that is really battery intensive. If I can move some of that processing compute into the edge of the network—multi-access edge computing is not just about moving cloud resources to the edge of the network; it’s about moving things from the device, as well.

“Think about those endpoints and getting that processing into the edge. Now, I have a device that may be just a battery and a screen, and the OS [operating system] is running at the edge of the network. That’s the kind of thing that 5G can do for you.”

Having this processing power at the edge of the network means that data transactions can be executed more quickly, resulting in a significant reduction in latency, Blair said.

“Again, that’s not just the radio access network. In fact, what we find when we get to 5G is that—if you really want to reduce your latency—you have to reduce the latency of your application. And the only way to end-to-end latency reduction is to move applications closer to the endpoints, and that’s why edge computing is so important.”

Blair said this architecture also is expected to result in greater reliability, which always has been a priority for first responders,

“We believe that we’ll be able to show five 9s [99.999% reliability] more consistently, in terms of the application—not just service availability but the application itself,” Blair said. “All of these things combined are going to help us do that.”