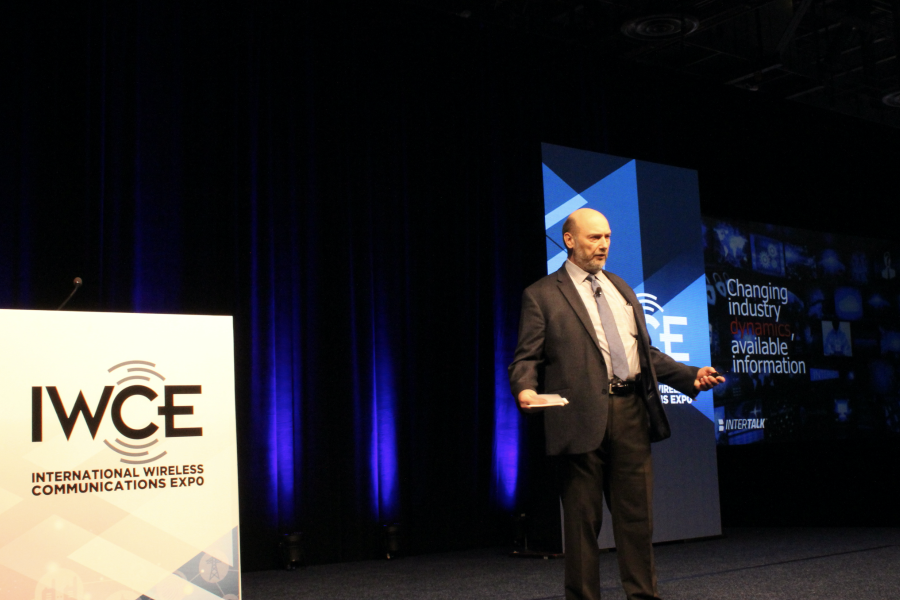 911 data is critical, but ‘information fire hose’ a concern for dispatchers, speaker says

LAS VEGAS—Larry Hicks, president of engineering at InterTalk Critical Information Systems, used his keynote speech at IWCE 2019 to discuss the overwhelming amount of data that flows through our lives, and how this data needs to be focused before it can be useful to public safety.

“Dispatch is more than just taking calls and coordinating first responders,” Hicks said. “There’s a lot of information processing and information handling that needs to happen in order for the right information to get to the right place at the right time in the right format.”

Traditional dispatch was reactive, with operators responding to calls that were coming in and act accordingly, according to Hicks. However, as information becomes more prevalent and data-analytics tools become more robust, dispatch can begin to act closer to real time—but only if the information they receive is meaningful, actionable and arriving when they need it.

Right now, dispatchers can feel like they are drinking from a fire hose, Hicks said. Although there is a wealth of data available, it can become distracting, he said while noting that emergency-response times have increased overall since 2003—in some cases by as much as 10 percent.

“We analyzed why this might be,” Hicks said. “We found that, because there are so many different information sources now, the information that’s available to dispatchers and first responders isn’t necessarily helpful, and in some cases … dispatchers can become distracted by extraneous information.”

Hicks said the 911 community has an unofficial motto: “When seconds count.” When emergency response times begin creeping up, the industry needs to address the issue, he said.

Public-safety answering points (PSAPs) can’t utilize new technologies simply because they’re the next best thing, so officials must thoughtfully consider how (or if) these technologies make first responders more effective, according to Hicks said.

One way to approach this issue is through the process of selectively determining what information is needed and what can be discarded.

But this process, takes time, which means that caching likely will become more important. When using tools like natural language processing and artificial intelligence, for example, information that will likely be necessary—such as traffic patterns—can be pre-cached, Hicks said.

Dispatchers need to have their necessary tools updating in real time to respond most effectively to a call, so dynamic displays will be critical, Hicks said.

Hicks cited Alexander Graham Bell, who famously said, “Concentrate all your thought on the work at hand. The sun’s rays do not burn until brought to a focus.”

For public safety, the focus should be the mission at hand—saving lives, Hicks said. If our tools become distracting, they are no longer useful, he said.