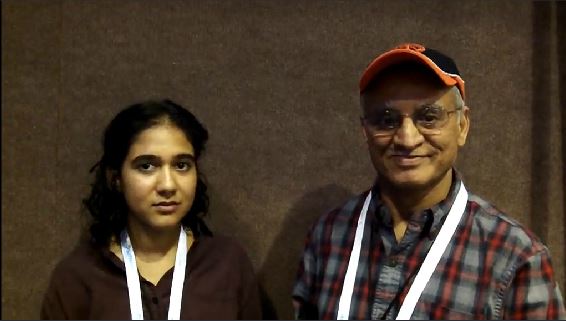 Priya Kshirsagar (left) and her father, Sudhir Kshirsagar, of team Smart Ag talk about the smart-farming solution that they helped develop during a 48-hour period this week to win the hackathon contest conducted this week at the IoT World event in Santa Clara, Calif. The Smart Ag design would let farmers low-cost, low-power Internet of Things (IoT) devices that can support as many as six sensors and narrowband IoT connectivity to efficiently monitor a variety of conditions, from the water need for crops to the health of livestock.

Many carrier representatives and industry analysts have noted that the potential use of IoT sensors for smart farming and other applications could alter the economic model for network operators, making it more likely for them to extend coverage to rural areas.