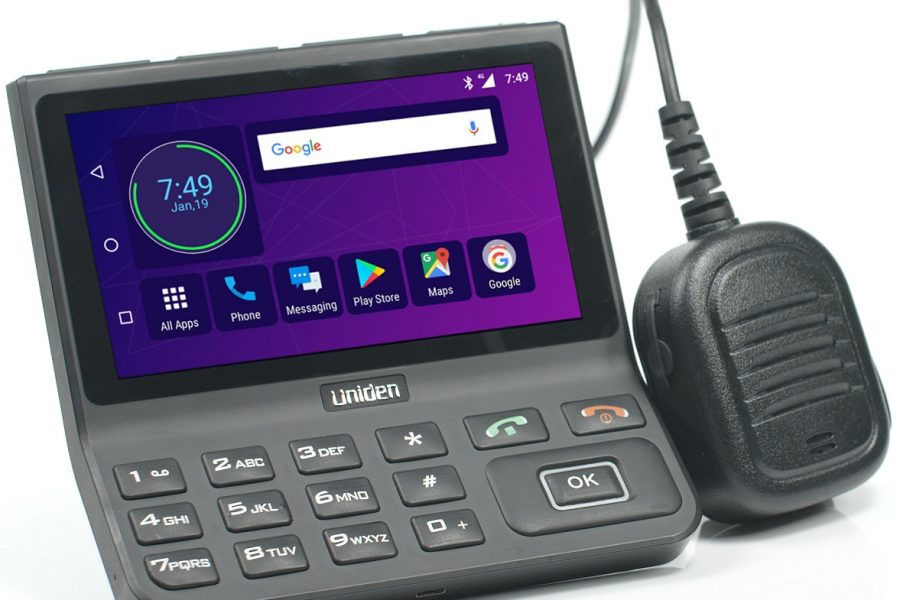 Siyata Mobile receives certification for use on FirstNet, AT&T networks

Siyata Mobile recently announced that its Uniden UV350 in-vehicle LTE device—known for its voice clarity and volume, even in noisy environment—has been approved as a FirstNet Ready solution and as a certified device on the AT&T commercial network.

Glenn Kennedy, Siyata Mobile’s vice president of sales, said Siyata Mobile was notified of both certifications simultaneously, concluding an 18-month review process conducted by AT&T, which the contractor to build and maintain the FirstNet nationwide public-safety broadband network (NPSBN). With the certifications, Siyata Mobile is working with sales teams representing FirstNet and AT&T, he said.

“The vertical markets that seem to be the low-hanging fruit would be in the extended-primary FirstNet category,” Kennedy said during an interview with IWCE’s Urgent Communications. “These would be vertical markets like school buses. We’ve got some good opportunities with a few different municipalities, … and we’re looking forward to that.

Demonstrated at IWCE 2019 in March, Siyata Mobile’s Uniden UV350 provide users with 4G/LTE high speed data, a 5.5-inch widescreen LED display for easy monitoring, a dedicated microphone and speaker, as well as extended cellular and GPS coverage with an external antenna, according to a company press release. Push-to-talk-over-cellular operation is available at a push of a button.

“FirstNet devices and modules go through extensive review, so first responders can be confident that Siyata’s UV350 meets the highest standards for reliability, security and performance,” Sloan said in a prepared statement. “The more tools public safety has access to on their network, the more we can help them achieve their mission.

“We are happy to be the first U.S. cellular carrier to launch Uniden’s NextGen Vehicle Communicator — an innovative in-vehicle, mounted phablet. We believe it will be an excellent answer for both existing and newly migrating FirstNet subscribers seeking an in-vehicle communication device.”

“Drivers who are operating vehicles, whether it is a first responder vehicle or a commercial truck, need to feel safe while communicating important information,” Seelenfreund said in a prepared statement. “The demand for a multi-functioning, in-vehicle device remains strong, especially from those who are required to operate vehicles in demanding situations. The UV350 allows drivers to keep their eyes on the road, and hands on the wheel.”

Loud, clear audio has been a hallmark for the Uniden UV350 device, which Kennedy attributes to the experience that Siyata Mobile has gained from serving commercial markets since 2012.

“The standard phones that most people carry these days—the Apples and Samsungs—all have noise cancellation in them, and they’re able to cancel out a lot of the background noises where people are using their phones—typically indoors and even outdoors, to a degree,” Kennedy said. “But the noises that are inside a commercial vehicle—a bus, a police vehicle with sirens or a commercial truck that has a full load of gravel. In all of those environments, the noise and the frequencies are just very, very different, and that’s where we have our expertise.

“When we take our phone and install it into a vehicle like that—a bus, a truck, a police car—the audio is exceptionally loud, and it’s exceptionally clear.”

Siyata Mobile is able to deliver this type of performance, in part, because the Uniden UV350 solution provides an external antenna that enhances reception of the cellular signal, according to Kennedy.

“Certainly, when compared to a regular handheld phone that has tiny little antennas inside it … If you’re using that inside of a vehicle and comparing that to either a big antenna on the inside of the windshield or a big antenna on the roof of the vehicle, obviously, your ability to reach that closest AT&T or FirstNet tower is going to be dramatically improved with our solution.”

While in-vehicle LMR solutions often require a lengthy installation period that can involve rewiring, the Siyata Mobile solution is relatively quick, particularly after installers determine the proper distance between the microphone and speaker, Kennedy said.

“It’s an easy install process. Depending on the vehicle, the first one typically would take 90 minutes to do,” he said. “Once they figure out the placement of the device and where the speaker’s going to go … normally they’re able to do the subsequent buses much quicker.”

In countries outside the U.S., Siyata Mobile also has seen significant interest from the construction, urban transit and paratransit sectors, Kennedy said.

“After an initial conversation [with a potential customer], we’re definitely all about customer trials,” he said. “We want follow the try-and-buy mentality, and that’s what seems to be working right now, in terms of the early opportunities we’re working on.”

In addition to its traditional in-vehicle solution, Siyata Mobile also has developed a version of the product for dispatchers, Kennedy said.

“Some of our customers have asked for our device mounted in a box, so that they can use it for dispatch for push-to-talk over cellular from their office,” Kennedy said. “So, in the case of AT&T, they’re looking for a UV350 mounted in such a way that it can used as a dispatcher [device]. So, we’ve done that.

“We call it a desktop dispatch unit, or DDU. It’s simply a UV350 mounted in a different configuration, obviously with a power supply to be used indoors. And, for anybody coming from an LMR dispatcher scenario, we have a very common form factor in the desktop mic—a typical two-button microphone.”