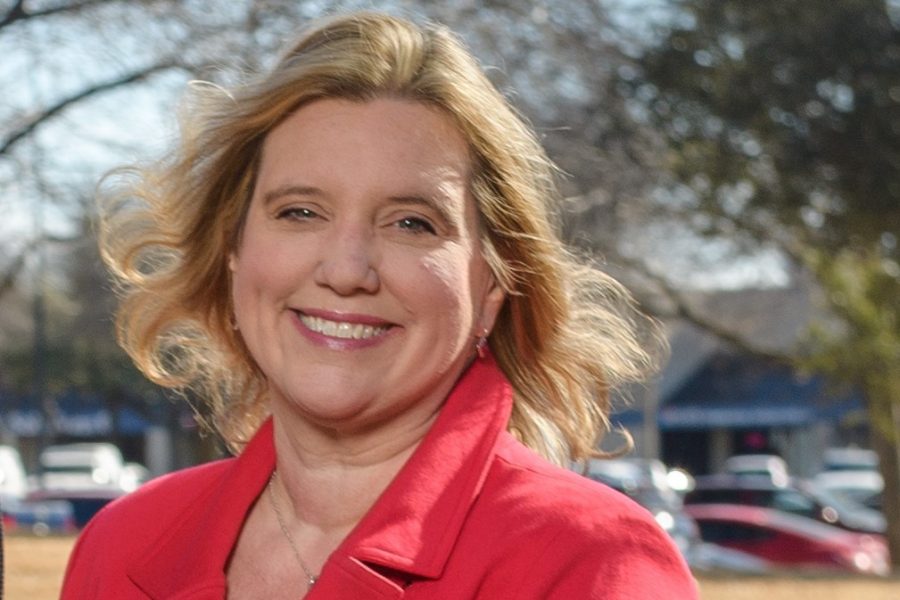 Exciting times: When it comes to innovation, there is a lot going on in the public-safety sector

This article explores some of the innovations that were discussed during the Early Adopter Summit hosted last fall by the North Central Texas Emergency Communications District (NCT9-1-1). Many of the presentations centered on how public safety can mine the enormous amount of data that exists today in myriad forms.

Embedding mental health clinicians—With an eye toward increasing operational efficiencies for the entire emergency response ecosystem, the Charleston County (South Carolina) Consolidated 911 Center last year embedded a mental-health clinician as an extension of its “tele-psych” program that was launched in 2017.

The multipronged goals of the program are to serve patients better, free up 911 call-takers, and reduce the load on emergency responders by reducing the number of hospital transports. The center receives an average of 15 suicide-risk calls each day.

“But most of these calls don’t require an ambulance,” says Jim Lake, the center’s director. “A mental-health situation often is not an emergency-medical-service situation.”

In the first phase the program, an emergency medical technician dispatched to the caller’s location would facilitate a video chat between the caller and a mental-health clinician using a tablet computer. The clinician then would decide what comes next.

“But then we started to think, ‘What would happen if the clinician actually was in our 911 center?’” Lake says.

Now in the second phase, 911 calls are triaged—using ProQA’s emergency medical dispatch (EMD) protocol—to designate those that should be sent immediately to the clinician stationed in the 911 center, thanks in part to grant funding provided by the county’s department of public health. This has resulted in patients receiving the care they need earlier in the process—for instance, they don’t have to wait for an ambulance to arrive or be whisked to an emergency room, before speaking with a clinician—fewer ambulances dispatched and far fewer hospital transports.

Harnessing the Internet of Things (IOT)—Several sessions during the summit focused on how the enormous amount of IOT-generated data could be leveraged by public-safety entities. Billions of sensors already are in place—e.g., home- and business-security systems, wearable and implantable medical devices, traffic sensors, video-surveillance systems, and gunshot- and flood-detection solutions—and the data they generate not only could be used to provide enhanced situational awareness, but it could help predict—and even prevent—emergencies before they occur.

One potential use case discussed involves implantable cardioverter-defibrillators (ICDs). About 800,000 people have these devices, and it is estimated that 10,000 more are implanted every month. They are placed in patients who have suffered a cardiac event or have a known heart condition, shocking the heart back into normal rhythm, when needed. But they also send data wirelessly to the device manufacturer, which then emails the patient’s doctor every time the device activates.

Research is being conducted to determine whether it is feasible for a 911 center to also receive a notification every time the ICD activates. Emergency response then would be triggered based on the number of activations.

For example, one activation within a 24-hour period would generate no response, two activations would generate a courtesy call from fire/emergency medical services (EMS), and three activations would elicit a full fire/EMS response. It is envisioned that the 911 center initially would generate a computer-aided dispatch (CAD) incident manually after receiving an alert, but the CAD incidents eventually would be generated automatically. Though still in the concept stage, this approach could head off many heart attacks before they occur, saving many more lives.

The ICD example is just one of many that falls under a new concept called the “proactive PSAP.” The idea is twofold:

In December 2017, five sheriff’s deputies from Adams County, Colo., were dispatched to encounter an “unwanted subject.” While en route, the subject live-streamed video, during which he ranted about recently purchasing 1,000 rounds of ammunition. It was clear from the video that the subject was in significant mental distress, but the deputies arrived on scene with no idea of what they were about to encounter. All five deputies were shot by the subject, and one was killed.

If a proactive PSAP had been in place, a digital specialist could have performed a federated search based on the subject’s name and location after the 911 call was received. A federated search leverages information-retrieval technology to simultaneously search multiple resources—databases, search engines and social-media sites. Such a search almost certainly would have uncovered the video, and the 911 dispatcher could have alerted the deputies and perhaps prevented the shootings.

Preventing cybersecurity attacks—Cybersecurity is becoming a very big issue for public-safety agencies, which have systems that are being probed constantly from the outside by bad actors looking for vulnerabilities.

Denial-of-service (DoS) and distributed-denial of-service (DDoS) attacks attempt to unleash a tsunami of fake emergency calls with the intent of crashing a 911 system, which makes them a very big threat. Malware designed to infect and damage a computer or computer system without the user’s knowledge or consent also is increasingly troublesome.

But arguably the biggest threat is ransomware, which is malware that exploit a system vulnerability before launching a program that encrypts the organization’s data files. The hacker then demands a ransom to provide the key that supposedly will unlock the files.

Every 911 center is vulnerable to a ransomware attack, even small centers with only a couple of positions. There are more than 6,000 public-safety answering points (PSAPs, or 911 centers) in the U.S. If a hacker could infiltrate each of them and extract even a small ransom—let’s say $500—the payday would be significant—$3 million.

Internet Protocol (IP)-based networks are particularly vulnerable to cybersecurity attacks of all kinds, including the emergency services IP networks (ESInets) that are being implemented by many 911 centers as they migrate to Next Generation 911 (NG911) service. Given the potential for attack, the Minnesota Department of Public Safety, Emergency Communications Networks (ECN) division is taking proactive steps to protect its statewide ESInet.

“Today, this isn’t a new issue. Maybe it was three or four years ago, but not anymore,” says Dan Craigie, ECN’s executive director. “Public-safety communications officials have to do something about cybersecurity.”

ECN is establishing a consistent, baseline cybersecurity presence by implementing firewalls at each of the state’s 102 PSAPs.

“It’s not the only thing we’re going to do, it’s not the last thing, it’s not a silver bullet,” Craigie says. “But it is a step in the right direction.”

In addition to implementing the firewalls as an extension of the statewide ESInet—it is being done this way because a wide disparity in information technology (IT) capabilities exists between the PSAPs—ECN also is utilizing intrusion detection and prevention tactics, according to Craigie.

“We’re actively engaging the data that is flowing between the PSAP and the ESInet,” he says.

Craigie notes that the initiative has been more complicated by the fact that the statewide ESInet is managed by CenturyLink/West and, based on that, offers some good advice.

“A nationwide provider like CenturyLink/West is used to doing things only one way, so things don’t always work well over the short term—it takes time,” Craigie says. “So, if I were to do this again, I would write it into the (request for proposals) and make it part of the initial buildout.”

Even with all of that sophistication, Craigie stresses that protecting PSAP networks and systems starts with something far simpler—physical security. But many PSAPs don’t embrace it.

“Physical security—in other words, not allowing people into the building who don’t belong there— arguably is the most important cyber defense,” Craigie says. “Too many times, we’ve had a door propped open with a brick … and a technician walks in, and no one has any idea.”

Asking the right questions—Andrew Weinert, an associate on the technical staff at the Massachusetts Institute of Technology’s Lincoln Laboratory, described a joint project with the New Jersey Office of Homeland Security and Preparedness that is seeking to apply machine-learning and smart artificial-intelligence (AI) techniques to turn law-enforcement body-worn cameras into a “second set of eyes” for PSAP dispatchers.

Because body-worn cameras always are on—even when they’re not capturing video—the idea is to apply the “20 Questions” approach to analyze what they are “seeing,” to determine whether the officer is in a high-risk scenario and, depending on the scenario, what kind of support needs to be dispatched.

Here’s how it might work: Let’s say that it is nighttime, which intrinsically is a higher-risk time of day. The officer leaves his or her patrol vehicle, looks directly at another person and then begins running, indicating that a foot pursuit has ensued. Based on these four circumstances, the analytics software in the camera automatically triggers the camera’s recording function and notifies the PSAP of the incident.

Upon receiving the notification, a dispatcher might launch a drone to follow the suspect and gather additional data that could be leveraged to improve the officer’s situational awareness. If the body-worn camera and drone are transmitting data over the nationwide public safety broadband network (NPSBN) being implemented by the First Responder Network Authority (FirstNet), quality of service would be enhanced automatically while the chase continues.

Scraping social media—Dr. Jess Kropczynski, associate professor of IT at the University of Cincinnati, shared the initial results of a pilot project conducted last fall that explored how social-media data could be gathered and analyzed to improve situational awareness during emergencies to enhance response.

The goal of the pilot project was to develop a software tool that would gather and filter social-media data to extract information that emergency responders would find actionable.

“Social-media data is messy and full of noise—even with the best algorithms, it’s difficult to pull something useful out of the mess,” Tapia says.

The filtering was done using a set of questions known as the “6 Ws”—who, what, when, where, why and weapon. (In case the reader is wondering, “weapon” is included, because 911 call-takers typically are trained to ask the caller whether a weapon is involved in their emergency—it is a vital piece of information for law-enforcement officers to have as they arrive at a scene.)

The Holy Grail of the project was to uncover “golden tweets,” which are defined as those that contain timely and actionable information tied to the 6 Ws. The tool automatically organizes tweets after they first have been sorted based on type of incident and location. After the initial sorting, the tweets are organized based on the 6 Ws, and that information is displayed on a map. The next phase of the project, which is ongoing, seeks to finalize the mapping application and integrate the tweet-organization tool with the 911 center’s CAD system.

In summary, public safety’s emergency adopters are generating an amazing amount of innovative thinking that promises to dramatically enhance the life-safety mission. NCT9-1-1 has been proud to provide many of them with a forum the last two years—the Early Adopter Summit—to present their ideas and to brainstorm the next wave.  If you’re among the innovators and interested in sharing your story at the next summit, please reach out.

Christy Williams is NCT9-1-1’s director and a past president of the National Emergency Number Association (NENA). Christy can be emailed at [email protected]