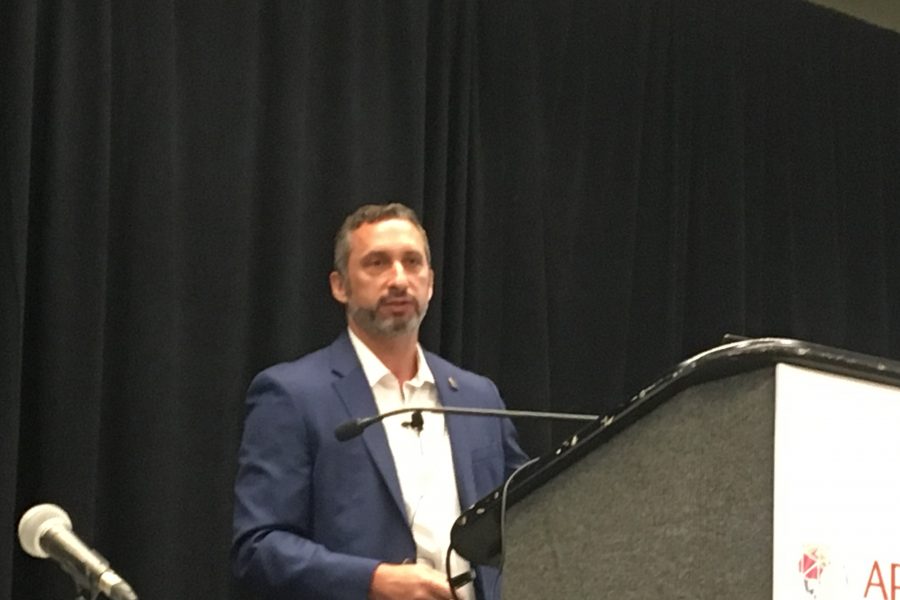 “This is all going to come out all at the same time, no later than the end of this month—that’s our target,” Zollo said Sunday during an APCO 2019 conference session, which he described as a “a sneak peek into the roadmap.”

Zollo said that the FirstNet Authority plans to update the roadmap regularly noting that prioritized areas for investment could change in the future as the FirstNet system evolves.

“We’re going to refresh this roadmap on an annual basis,” Zollo said. “The [investment] domains you see today, in five years, might not be the domains and the areas that we want to focus on tomorrow. We want to keep up with the industry, keep up with the network as it evolves and it changes.

“Our commitment is to update this roadmap annually, continue to work with those stakeholder groups and make sure that it’s current with the way that the network is advancing and the way that public safety is expecting the operations to be working on it.”

“This is not something we’re going to do once, put it on the shelf and say, ‘This is where we’re going to go for the next five years,’” Hobson said during the APCO 2019 conference session about the FirstNet roadmap. “This will be an annual, ongoing, recurring effort.”

Public-safety input gathered during hundreds of meetings with first-responder representatives stressed the need for improved FirstNet coverage and capacity—not only from macro cell sites and small cells, but also the use of deployables, relays, range-extension techniques and device-to-device communications, according to Hobson.

But the FirstNet Authority is not going to prioritize funding in domains where solutions have not yet been identified, even if they are important, according to Hobson. As an example, he cited LTE direct-mode communications, which is not widely available and is expected to face significant range challenges.

“As those technologies get put in the market and we can assess and evaluate how they’re doing, that will certainly influence the way we look at our roadmap and where we’re going to go with this in the future,” Hobson said. “But knowing that this is the first version and knowing that some of these [technologies] are in the early stages [of development], we had to take that into consideration in how we planned around it.”

“You might look some of these and say, ‘I would have expected something like device-to-device to be a priority, knowing how important it is to public-safety operations.’ That was the reason it wasn’t, in this case, because we know that it’s still to come out. We want to understand what already been committed and how that will be deployed, so that the roadmap can build upon that to grow and enhance it.”

In September, the FirstNet Authority board could approve the expenditure of as much as $78 million. FirstNet Authority Chairman Ed Horowitz has said that he believes that investing in the dedicated FirstNet LTE core—in preparation for 5G—and deployable solutions are prime candidates for the initial investment round.

“I can tell you that deployables, as a category, are probably one of the best marketing pieces that FirstNet AT&T has, as well as for FirstNet the Authority to say, ‘You see, our contractor is doing what they’re supposed to do, and they’re able to respond.’” Horowitz said in July with IWCE’s Urgent Communications.

During the same interview, Horowitz said he believes the FirstNet Authority board could approve multiple contracts annually to execute initiatives identified in the FirstNet roadmap.