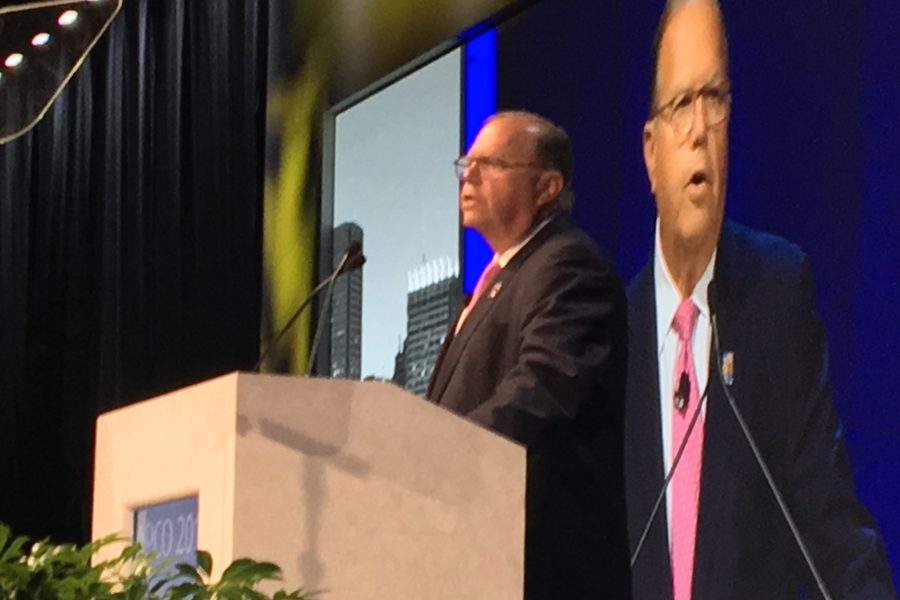 BALTIMORE—FirstNet Authority board Chairman Ed Horowitz today announced the release of the new Roadmap that is designed to guide the organization’s investment decisions to evolve the FirstNet public-safety broadband network being built by AT&T.

Horowitz made the announcement during a speech during a breakfast gathering at the APCO 2019 event, noting that the end product is the result of input from thousands of public-safety representatives who shared their thoughts during hundreds of meetings with FirstNet Authority staff members.

“Taken together, we’ve created an action plan that’s taken us to this point, that we’ve now created a Roadmap,” Horowitz said, joking that the “ink is still wet” on the document. “Within that, you’ll see what our priorities are going to be for the next few years and where we intend to put our dollars going forward, as we reinvest into the network around the six technology domains that are so important.”

A copy of the FirstNet Authority Roadmap can be downloaded at https://firstnet.gov/network/roadmap.

According to a press release from the FirstNet Authority, those six technology domains are:

While the Roadmap outlines the areas that the FirstNet Authority is considering for investment, the final decisions regarding the investment of an estimated $15 billion during the 25-year contract with AT&T rest with the FirstNet Authority board. Horowitz has said that he believes that investing in the dedicated FirstNet LTE core—in preparation for 5G—and deployable solutions are prime candidates for the initial investment round.

In September, the FirstNet Authority board could approve the expenditure of as much as $78 million. The board also will meet on Thursday conference call, presumably to discuss budget issues.