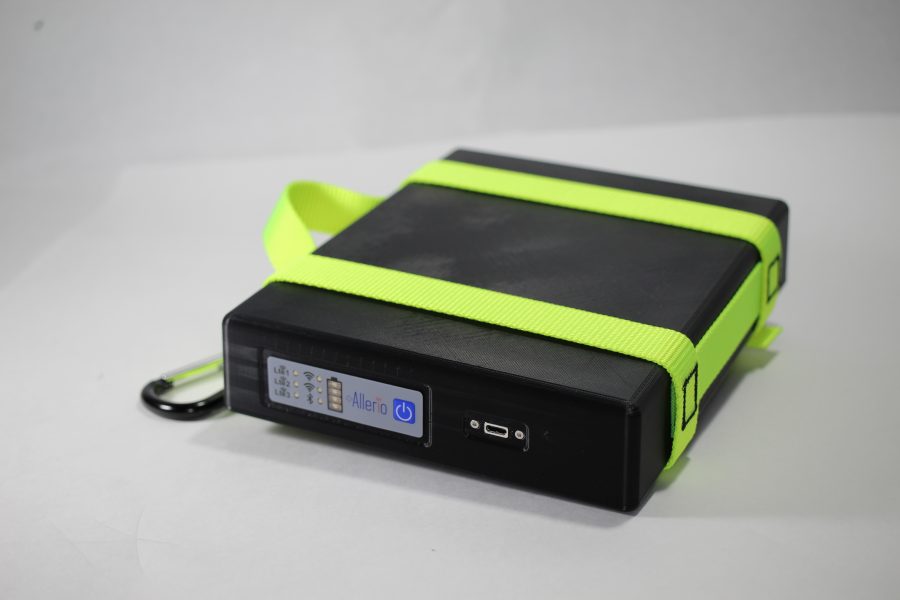 Startup Allerio this week announced the official kickoff of the company in conjunction with the introduction of the Allerio “Mobile Hub,” which is designed to provide emergency medical service (EMS) with simplified access to multiple connectivity options in an easy-to-carry, lightweight package.

Kennedy said that the idea of creating the Allerio mobile hub came after discussions with active EMS personnel. While the technical capabilities for EMS have expanded significantly in recent years, many of the most powerful tools require broadband connectivity to support effective use of the application, he said.

“What we found when we talked to EMS is that there’s a certain area where they have a connectivity issue,” Kennedy said during an interview with IWCE’s Urgent Communications. “When they go on calls into homes and businesses, they don’t necessarily bring their network with them for connectivity to all of their technology and have the ability to do video telemedicine, run EKGs and other things.

“The question we got asked was, ‘How can you help us bring that in some kind of a hub that can go with them and really ensure that connectivity is easy?’

Kennedy said that Allerio’s mobile hub links as many as 7 devices via Wi-Fi or Bluetooth to the best available broadband connection, whether that is a Wi-Fi connection or a cellular link—the Allerio product can house up to 3 SIM cards from different carriers. Most important, these potentially complex connectivity decisions are made automatically by the lightweight Allerio hub—weighing less than 2 pounds—and is simple to operate, he said.

Of course, to access a Wi-Fi network, the user needs to know the SSID for that system. Allerio will program the SSIDs for frequently used Wi-Fi network as part of its as-a-service offering, Kennedy said. A cellular connection would be used when the user enters a building that is unfamiliar or the Wi-Fi SSID is not known, he said.

“It actually looks at all of the different potential connections and tests them for latency and the quality of that connectivity, and then it has run over the highest-quality connectivity that’s available,” Kennedy said. “We do that through our algorithm about what’s best to choose. There’s a lot of decision pieces that go into that, but it’s looking at all of the mobile operators, as well as Wi-Fi, for connectivity.

“We’re looking for the best connectivity and the ability to send video … The key is going for very good connectivity, but it’s not just the highest speed.”

Allerio’s mobile hub is expected to be generally available next year, according to Kennedy.

“We actually have real units to demo and to bring out to agencies, and we’re doing some live trials in the field today,” he said. “We’re able to take orders now, but we will have to get more production to get them out into the field.

“We just announced yesterday, so we expect to get more out into the field over the next two months.”

Allerio has not announced the cost for its mobile hub, but Kennedy said the company plans to price the service in a manner that would allow an agencies to purchase a hub for all EMS vehicles.

Currently, the Allerio mobile hub supports only standard 4G LTE via cellular connections, but the company’s roadmap for the product includes making it “5G-ready in the near future,” Kennedy said. In addition, Allerio plans to develop a version of the product that lets it operate as high-powered user equipment (HPUE) on the 700 MHz Band 14 spectrum licensed to the FirstNet Authority. HPUE products extend the effective range of the network by transmitting signals at power as great as 1.2 watts, as opposed to being limited to the normal cellular power of 0.25 watts.

“We’re certainly working with [HPUE vendor] Assured Wireless to have that capability in the future,” Kennedy said. “We absolutely want to be one of the first products in the marketplace that can bring [high-powered operation] to market.”

Allerio also is looking at the potential of providing a mesh-networking capability between hubs, Kennedy said.

Although the mobile hub was designed for EMS use, Allerio officials already have been approached by hospital and firefighting representatives about adapting the solution for their use cases, according to Kennedy.

Kennedy said the Public Safety Network’s decision to partner with P3 Group North America to develop the Allerio mobile hub was logical, because the P3 Group has developed a similar product for use in Germany. Kennedy and Karp are part of the Allerio senior executive team and member of the Allerio board of directors, along with Dr. Samit Ghosh, the President and CEO of P3 NA, and Marc Peter Althoff, Managing Director of P3 Group.

“We are excited to partner with the Public Safety Network to leverage P3’s communications engineering expertise to bring an innovative and comprehensive approach to connectivity for the EMS community,” Althoff said in a prepared statement

“Allerio is on the cusp of innovation, and we are truly excited about partnering with medical-technology innovators to ensure public safety has the latest, most-advanced lifesaving technologies at their fingertips,” Karp said in a prepared statement.