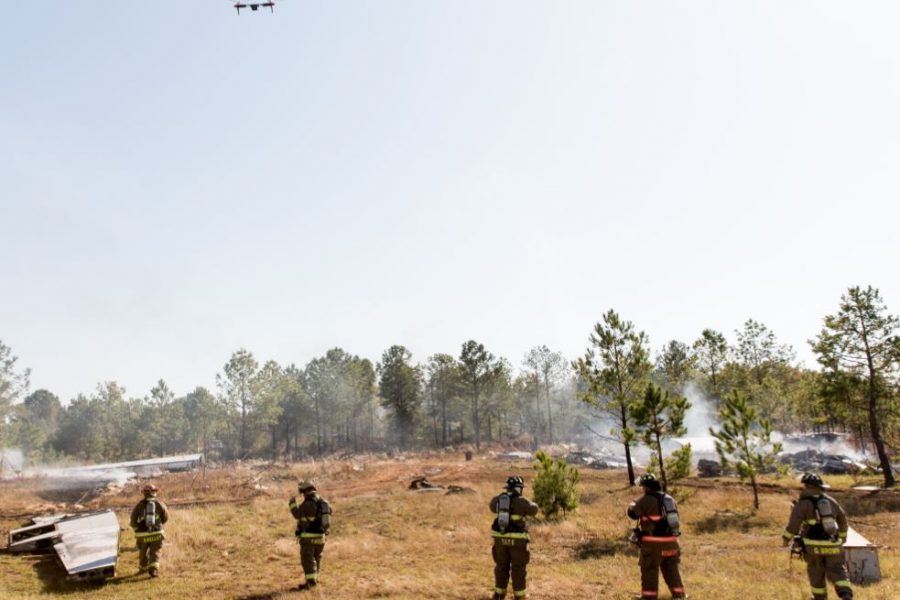 Having an effective crisis management strategy means incorporating new technology during the planning and preparation phase of response operations.

More than 100 technology partners participated in OCR, where in addition to showcasing their solutions, they also discussed crisis response best practices during informative tech talks and panel discussions. The event provided a valuable opportunity to experience the power of multiple technologies coming together to support new, multifaceted approaches to disaster response.

During the airport in crisis scenario, we watched and learned as first responders in high-tech HAZMAT suits set their orchestrated plan in action to isolate the affected passengers and contain the simulated disease before it spread. In another scenario, when a ransomware attack on a city shut off electricity and water, and later caused a nearby dam to flood, rescue boats were deployed across the water toward those stranded on the roof of submerged houses.

What these scenarios had in common was the need for multiple agencies and technologies to seamlessly work together to solve complex crisis response challenges. It was impressive to see how new drone and visualization technologies were used alongside each other to dramatically accelerate water rescue efforts. Similarly, the airport in crisis scenario featured different technologies being coordinated at every stage of assessment, diagnosis, treatment and decontamination – from first responders equipped with mobile devices to scan passengers for potential symptoms to 4D visualizations being relayed back to a joint operations center (JOC), where remote experts could offer additional support and information. Here, the 5G-enabled command post was also able to pull up weather scenarios, flight patterns and flight traffic to help with the assessment and response efforts, all the while helping maintain a steady stream of communications between all the different parties involved, from first responders to the pilot.

Keeping first responders connected throughout these kinds of emergencies is the ultimate goal. The technology demonstrated during the OCR scenarios provided compelling evidence that many of our toughest challenges can be overcome through better, faster, more data-intensive communication. That’s why it was so important to showcase real emergency response technologies powered by 5G. 5G’s incredible capacity for low latency and high speeds will help transform future disaster relief operations, bringing new levels of intelligence, responsiveness and efficiency to complex, high-pressure situations. Verizon is committed to developing the next generation of fast and secure 5G communication networks and services that will support future response and relief efforts, and at this year’s event, deployed a live commercial 5G NR system and an Airborne Cell to support much of the technology on display. For many attendees, it was their first chance to see 5G technologies in action.

As we look back on a successful OCR, it’s clear that live demonstrations such as these can make a monumental difference in the preparedness and success of first responders and emergency personnel. By witnessing firsthand the transformative potential of 5G, and the power of these technologies working together, attendees left with a much deeper understanding of the latest technology best practices for emergency response in addition to hands-on experience with the latest AI, virtual and augmented reality, robotics, micro-drones, 5G-enabled command center and sensor technologies.

For the brave men and women who put their own lives on the line for our safety every day, technology has a critical role to play before, during and after an emergency. It is critical that they are equipped with the latest public safety technologies. Verizon is honored and proud to help first responders and government agencies prepare for the worst and deliver mission critical communications when they need them most.

Maggie Hallbach is vice president of state, local, and education markets for Verizon. In this role, she manages a nationwide team responsible for developing solutions to address the increasingly complex requirements of state government, local government, and education clients. Maggie and her team focus on using Verizon’s industry-leading portfolio of advanced communications and IT solutions, including cloud, security, networking and Response Solutions, to meet the needs of public sector customers and the citizens they serve.

With more than 20 years with Verizon, Maggie has held a variety of roles where she has responsibility for delivering customer experience enhancements and increasing shareholder value.

Brought to you by