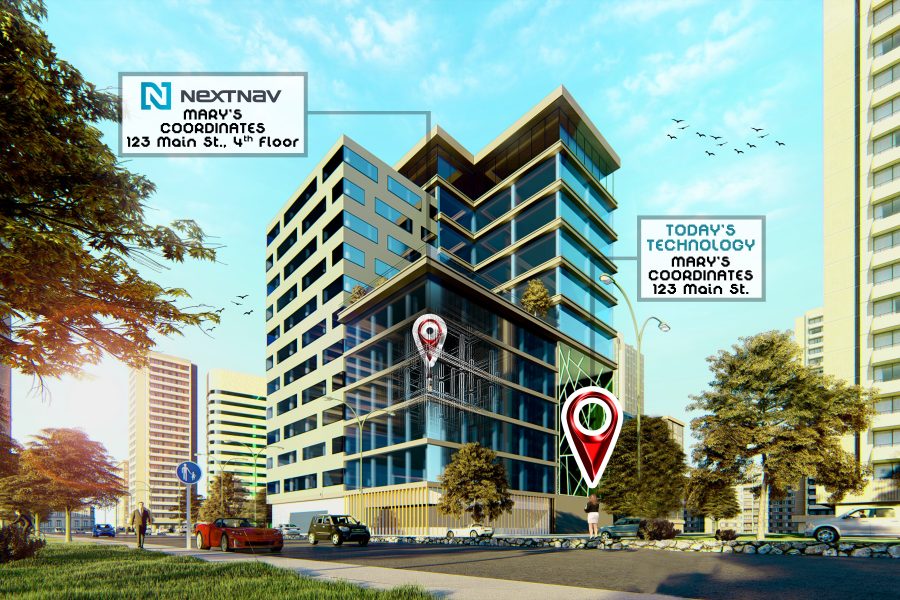 NextNav this year plans to deploy sensors that will let cellular devices determine their vertical—or Z-axis—location for 911 purposes in at least the top 50 markets after securing $120 million in a funding to pay for the installation of the needed infrastructure, according to a company official.

NextNav last week announced the $120 million funding round, which was completed in December, according to Chris Gates, NextNav’s vice president of strategy and development.

“What we intend to use it for primarily is to deploy our 3D-location solutions, with a special focus in 2020 on our Z-axis service—our altitude-determination service,” Gates said during an interview with IWCE’s Urgent Communications.

“We have a very accurate altitude-determination capability that is backward-compatible with most of the smartphones that are in service today. If you run our software in an application on your device, then you can add that vertical dimension for situational awareness or … potentially to meet 911 obligations.”

Those emergency 911 obligations were clarified last month, when the FCC passed rules requiring wireless carriers to deliver Z-axis location information that is accurate within 3 meters for 80% of calls to the 911 system. This vertical-location threshold must be met by April 2021 for the top 25 markets in the U.S. and by April 2023 in the top 50 markets.

“We’re not in the top 25 [markets] today,” Gates said. “We have networks in San Francisco and Atlanta today. We’re using this money to expand the deployment across the top 50.

Adopted by the FCC in November, these vertical-location rules are designed to help public safety locate 911 callers who use cellular devices to call 911 from inside multistory buildings. Even if the XY coordinates were accurate—itself a challenge, because GPS and network-based triangulation solutions can have difficulty working inside buildings—responders could lose valuable time trying to determine the floor of the emergency.

While the 3-meter accuracy threshold—effectively, a floor-level measurement—was what public-safety representatives sought for vertical location, concerns have been raised that carriers are required to transmit this data in a format that currently is not actionable for 911 dispatchers, according to critics of the FCC ruling.

Many in the industry are aware of NextNav’s Metropolitan Beacon System (MBS) that utilize whip-antenna-like radio beacons—ranging in height from 3 feet to 5 feet—located outdoors that radiate signals and help provide more accurate horizontal (XY-axis) location information, Gates said. NextNav plans to expand its MBS coverage footprint broadly after 2020, he said.

In contrast, the Z-axis capability will be enabled by deploying passive sensors outdoors that are much smaller than the MBS antennas throughout this year, according to Gates.

“We have our altitude system, which is an extremely light footprint … they’re small,” he said. “The altitude sensors are non-radiating—they’re passive sensor elements, and we can place those in a very wide range of places. They’re low-power devices, and they don’t radiate, so you can put those essentially anywhere you determine is a good place.”

But the device requesting vertical-location information—as part of a 911 call or for commercial purposes—does not connect directly to the NextNav passive sensors, Gates said. Instead, each sensor relays the barometric pressure and other weather conditions to NextNav’s cloud-based platform, which stores the data as a reference point that enables the device to calculate its vertical location, he said.

“The device receives data from the cloud. Essentially, … the device says, ‘Hey, I want to get my altitude, and I’m running NextNav’s SDK in this application’—it could be a situational-awareness application—and it says, ‘Give me the data to let me compute my altitude.” We see that it’s a valid request, and we ship the data down [to the device], and the device can compute its altitude. Then, it can say, ‘I’m 30 feet above the ground’ or ‘I’m on the 8th floor,’ whatever the format ends up being.”

While NextNav plans to focus on deploying its vertical-location technology this year, the company also plans to use some of the $120 million in the funding round to pay for the deployment of more MBS infrastructure, Gates said.

“And, of course, we have our full 3D solution, which will be phased in over time,” Gates said. “That is not backward-compatible with legacy devices, so it will take a little bit more time to filter into the market.

“For 2020, we’re really focused on getting Z-axis service into the top 50 markets—at least—in the U.S. and providing a great altitude experience to anyone that needs altitude for situational awareness, asset tracking and workforce productivity. There are a lot of applications out there that could benefit from Z-axis.”